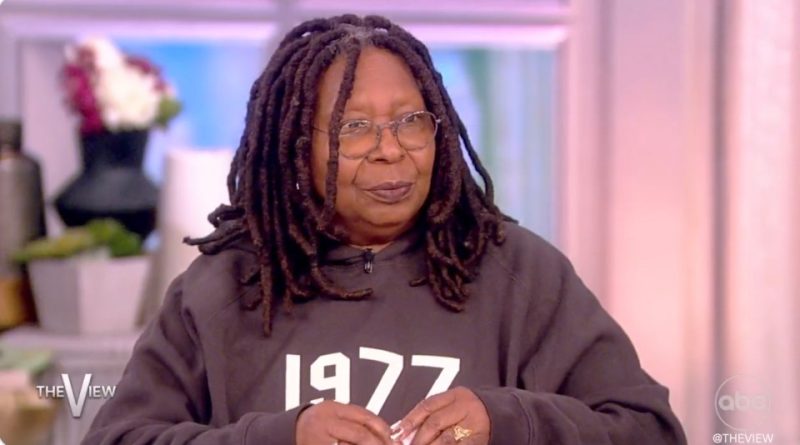 WHOOPI Goldberg gets cheeky with her fellow co-host during today’s episode of The View.

In today’s episode of the talk show, the news commentators conversed about the classified documents that have recently been found in Mike’s home.

This discovery came after the ex-Vice President denied having any classified documents during his interview on the show World News Tonight With David Muir back in November.

Since Alyssa was the Press Secretary for Mike during the Trump-Pence administration, she opened up to the roundtable about her experience working directly with Mike.

She then elaborated on what happened towards the end of the Trump-Pence administration’s tenure in the White House that could’ve led to Mike keeping documents that he shouldn’t have.

“When I resigned in December, [White House] staff was being threatened, ‘don’t look for new jobs [and] don’t pack your offices,’ because they were not preparing for a transition,” the former Press Secretary explained.

“…Mike Pence’s West Wing office was right around the corner. I don’t suspect in that period…that he was packing up boxes and getting ready…I’m guessing this was a staff error…”

As the 33-year-old was about to finish her statement, the EGOT-holder cut her off and asked her: “So should we be concerned about you? Do you have boxes?…”

Backing the 67-year-old up, the morning show’s co-chair Sunny Hostin, 54, added, “I was gonna say you better check your garage,” further interrupting Alyssa who tried to finish her point.

“[You] better check the billiards room,” Sunny encouraged despite Alyssa trying to conclude her original statement.

Some fans took to Twitter to call out both the Hollywood icon and media correspondent for interjecting while the former White House Director of Strategic Communications was speaking.

One fan slammed in a tweet: “My opinion – Whoopi, Joy and Sunny need to stop doing ALL the talking. Geesh [sad face emoji].”

Another one shaded Whoopi indirectly: “Hey look The View has an antisemitic talking.”

In 2022 the acclaimed actor was suspended from the talk show for two weeks due to comments she made about Jewish people and the Holocaust live on-air.

Other fans took delight in Whoopi’s contribution to The View’s political conversation of the day.

One fan tweeted: “Love the start of Whoopi “I too just found classified documents”.. Love this show!”

Some fans were far from agreeing with Whoopi’s perspective.

A fan expressed on Twitter: “When was the last time she was right about anything? Oh, 1977.”

On today’s show, Whoopi wore a sweatshirt that had 1977 written across it, hence the fan’s remark.