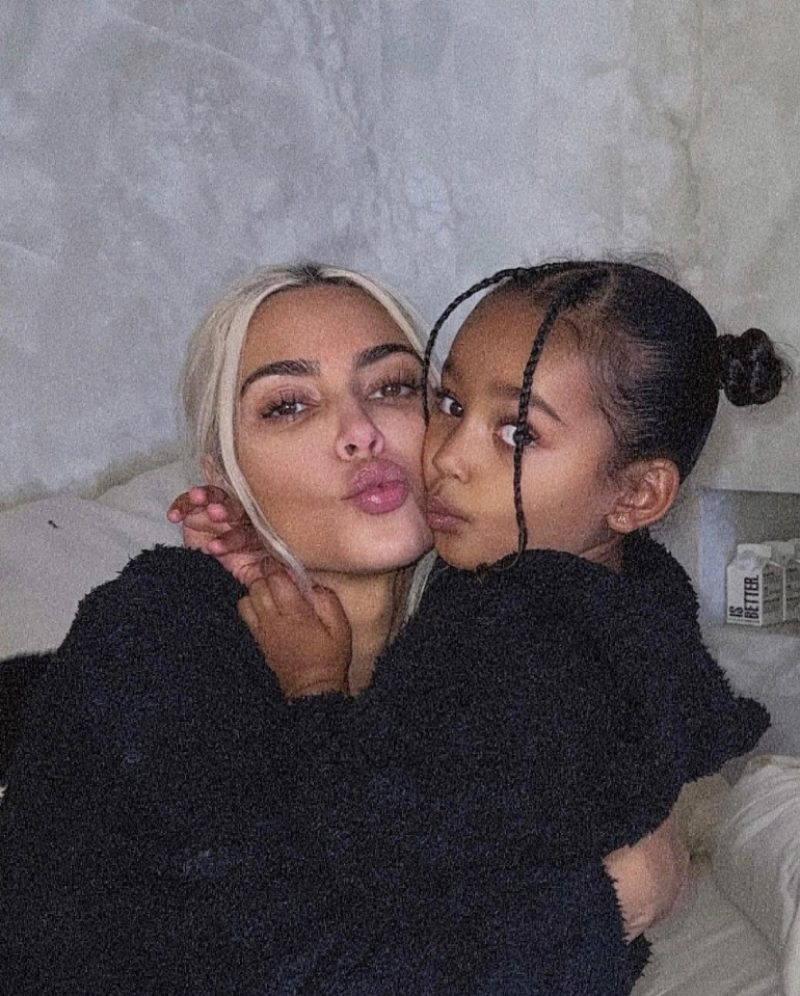 KIM Kardashian’s daughter North West has appeared to steal the spotlight with her outfit for her sister Chicago’s birthday bash.

Kim, 42, took to her Instagram to post a photo dump from her youngest daughter Chicago’s fifth birthday party extravaganza.

There were photos that the 42-year-old shared where she was posed beside only the birthday girl Chicago, who wore a pink velvet outfit with matching pink cowboy boots.

In different pictures, the mom-of-four was pictured next to Chicago alongside nine-year-old North, who happened to wear a blue velvet outfit.

North was barefoot in the snaps with Kim and her little sibling.

Sprinkled in the Hulu star’s photo dump was snaps of her smiling with her sons Saint, seven, and Psalm, three, and candid shots of the party decorations.

Although both Chicago and North wore velvet, North’s outfit had a bit more pizazz to it.

Unlike Chicago, the eldest West child had feathers at the bottom of her sleeves and long two-toned colored braids, while Chicago only had one color in her hair.


Live’s Ryan storms off set as he blasts ‘are we interrupting something?’

She also accessorized her outfit with blue sunglasses.

Additionally, North posed wildly in one photo with her mom and sister.

In that particular snap, North usurped the attention since she appeared to be doing an arabesque-like pose.

Even with North stunting in the family photos, fans were still focused on the subject of Kim’s post, which was the birthday girl.

One fan praised: “Chicago is a brown skin mini version of you! So adorable,” and another added that they thought she “looks the most like Kim.”

A third fan contributed: “You look fantastic Kim and chi[cago] is so adorable she just so much like you!! Twins!!”

Other fans raved about the gorgeousness of Chicago’s party design.

One fan expressed: “This is the cutest birthday party I’ve ever seen! I want this party for my birthday! beauties!”

A fan seconded: “Wish my parties were like this.”

Another fan questioned: “Wait a minute did they re-do the whole carpet in the house pink just for the party ?! Wow”

Kim’s friend Olivia Pierson, 33, even commented: “The most beautiful birthday!!”

Despite many fans praising Chicago’s party, some critics slammed Kim for overindulging her child.

One fan ranted: “It’s ridiculous the opulent way you showcase your life and families! Most people have so little. Give to some charity!”

Another critic shaded: “Over indulgence in a time of great pain for most.”