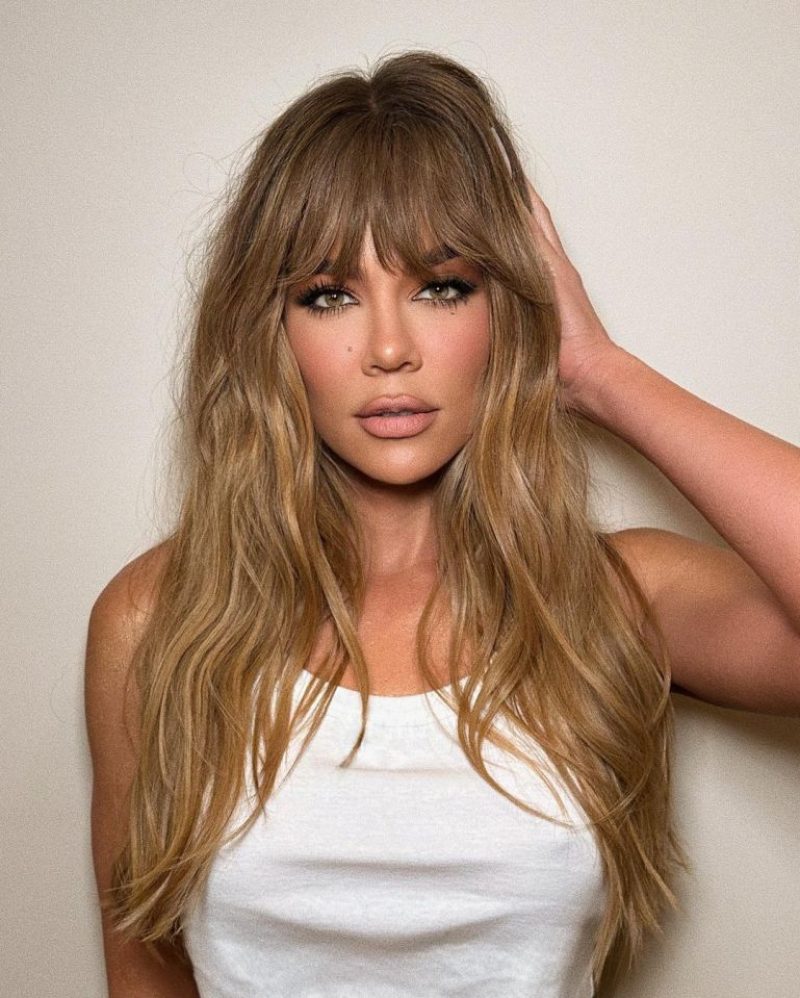 KHLOE Kardashian might be sending subliminal messages to her baby-daddy Tristan Thompson in her latest social media post.

Recently Khloe, 38, posted a snap of undies that had romantic sayings on them to her Instagram stories amid fans believing that she and Tristan, 31, are secretly dating again.

In the photo added to her stories, there were several pairs of thong panties, a few silk nightwear camisoles, and a bra.

Some of the phrases that were written across the panties included: “Love me for me, OK?,” “Talk Less and Say More,” and “Late Night Snack.”

The other expressions on the other pairs of underwear were: “Foreva Eva,” and “Sweet Sweet Fantasy.”

All of the items in the 38-year-old’s picture were either colored red, fuchsia, light-pink, or purple-pink.

The mom-of-two’s social media post was cryptic, given that it came after fans begun speculating that the Hulu star took back her cheating NBA star ex again.

Recently fans have feared that the passing of Tristan’s mom, Andrea Thompson, this month has re-bonded the pair.

On Monday, Khloe posted an Instagram tribute to the Thompson matriarch Andrea.

Khloe, and the father of her two children, shared several photos with Andrea from over the years.

“I have so many emotions and still I feel numb,” she wrote in the caption.

“Life can be brutally unfair at times and this has been one of the toughest times in so many of our lives.”

“We will all look after him, help him and protect him,” she wrote.

Although many were touched by Khloe’s tribute, others feared it could be a sign she will reconcile her relationship with Tristan.

On social media, one fan shared: “Precisely she is once again going to become an emotional workhorse for everyone else.”

Another proposed: “I am going to say this, Khloe will end up being emotionally stuck with Tristan.”

“Tristan does not deserve her,” chimed in a third.

A fourth guessed: “Khloe is beside him and supporting him through all this. Again, giving more than she will ever receive.”

Fans aren’t too hot about the couple reigniting their romantic relationship because of how much the 31-year-old has cheated on Khloe in the past.

Not to mention Tristan also fathered a child with fitness model Maralee Nichols, 31, while still in relationship with Khloe back in 2021.

Khloe and Tristan share their four-year-old daughter True, and months-old son together.