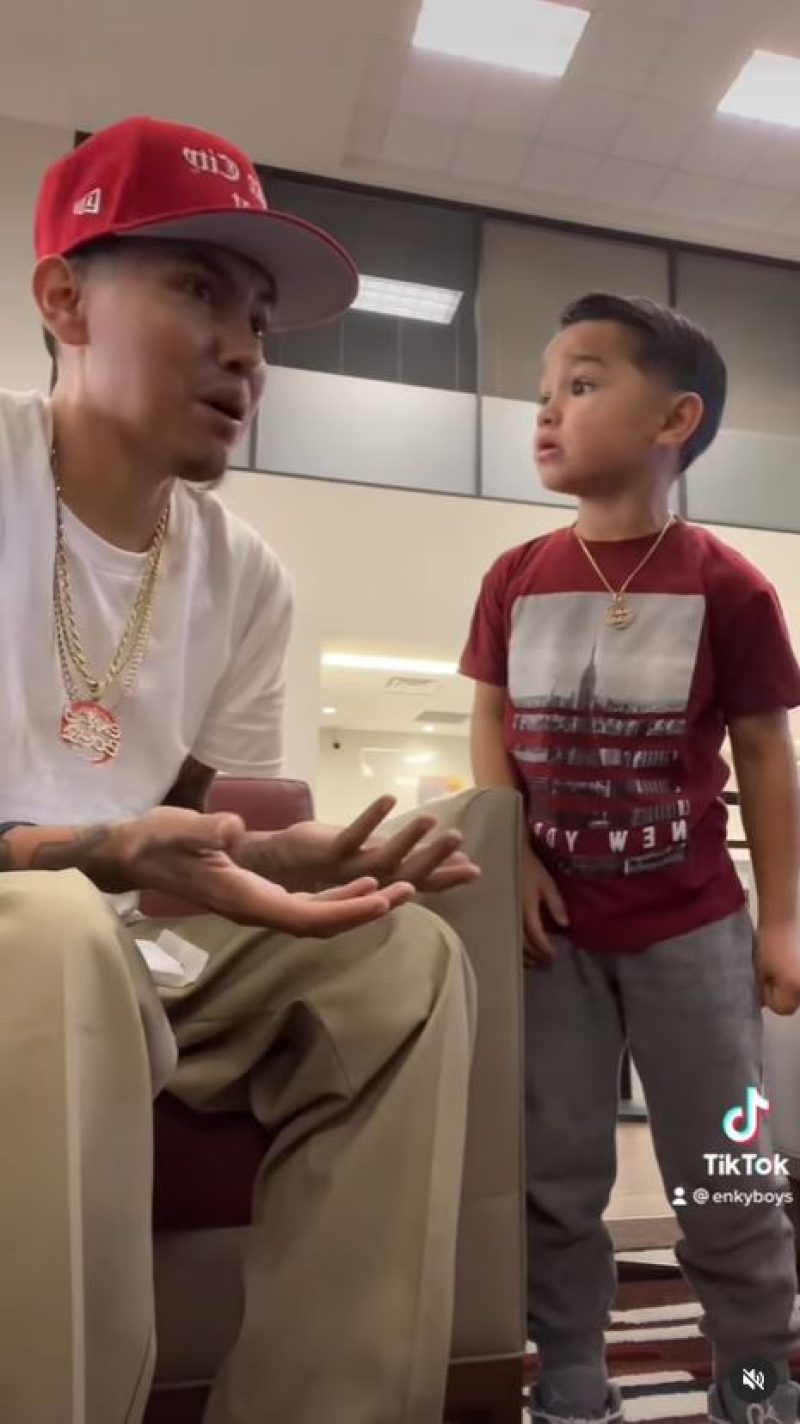 The father-son duo with more than 15million followers on the platform shared a short five-second clip back in December.

Brice could be seen comically yelling at Gonzalez, lip-synching along to a popular sound on TikTok.

“When Brice travels from Texas to California,” read the caption.

The comments, which were once full of laughing emojis at the family’s video are now full of condolences.

“My heart hurts for you and your family. You and your son were awesome to watch.”

Another wrote: “Sad day to find out the news. I am in tears. He made so many people laugh and give courage to all. My heart breaks. May god bless him n his family.”

Gonzalez died on Wednesday in hospice after he was diagnosed with colon cancer in 2021 and given two to three years to live, sources close to the family told TMZ.

The viral TikTok star, who shared the account with his adorable son Brice, broke the news of his diagnosis to his followers last April, explaining that doctors gave him a limited time to live.

Gonzalez created a GoFundMe to help pay for his chemotherapy treatment, which could’ve extended his life by five more years.

He gave his 1.4million Instagram followers an update last November, detailing his progress and treatment over the last few months.

In the videos, Gonzalez and his son would often do voiceovers or lip-sync to songs and movie clips, among other things.