Why was Jen Shah from RHOSLC on trial? 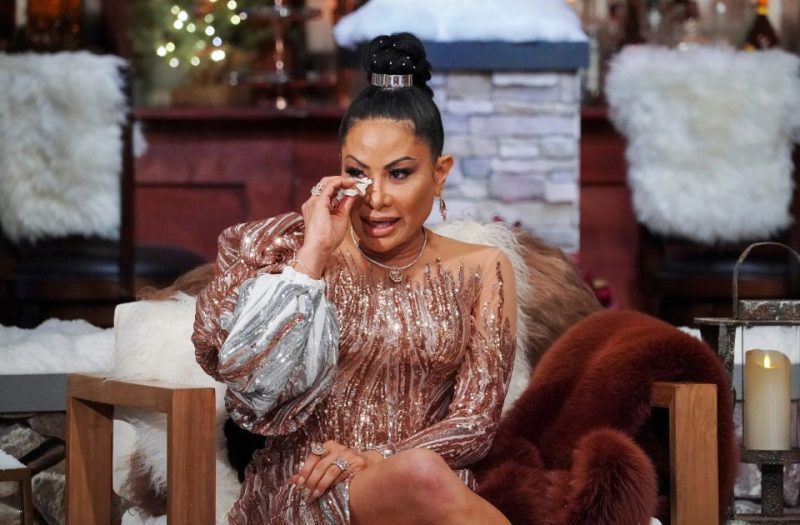 JEN SHAH found herself in hot water after she was accused of scamming people through a telemarketing scheme.

Ultimately, the Bravo personality was found guilty and sentenced to six and a half years in prison.

While filming for RHOSLC, Jen Shah was arrested on March 30, 2021Getty Images – Getty

Why was Jen Shah on trial?

On March 30, 2021, Jen Shah’s legal problems made headlines when she was arrested on charges of fraud and money laundering.

At the time, the RHOSLC star had been accused of running a telemarketing scam that targeted hundreds of elderly people nationwide alongside multiple accomplices.

However, she changed her plea the following year.

In July 2022, she plead guilty to one count of conspiracy to commit wire fraud as part of an agreement with federal prosecutors.

She also agreed to forfeit $6.5million and pay restitution up to $9.5million.

In court, Shah said she “knew it was wrong, many people were harmed and I’m so sorry.”

“Ms Shah is a good woman who crossed a line. She accepts full responsibility for her actions and deeply apologizes to all who have been harmed,” Shah’s attorney, Priya Chaudhry told NBC News in a statement.

What was Jen Shah’s trial verdict?

On January 6, 2023, Shah was found guilty of the fraud charges brought against her.

She was sentenced to six and a half years behind bars, as well as five years of supervised release.

In order to start her prison stint, she is expected to turn herself in to the authorities on February 17, 2023.

Regarding the verdict, her lawyer Chaudhry said in a statement: “Jen has faith in our justice system, understands that anyone who breaks the law will be punished, and accepts this sentence as just.

When did Jen join RHOSLC?

On November 11, 2020, Jen and the rest of her castmates made their debut in the Real Housewives 10th installment RHOSLC.

Follow all our latest news & stories on Real Housewives.

The reality star’s legal problems were featured during the show’s second and third seasons.

Although Jen’s court case was a major part of the program’s storyline, she announced that she did not attend the third season’s reunion.

On Instagram, she revealed: “I was clear with Bravo that out of respect for the courts and a standing judicial order, I would not be in a position to discuss anything related to my legal case or sentencing.

“Bravo found this unsatisfactory and said they expected to discuss this ‘storyline.’

“That expectation has no regard for me or my family’s well-being.

The TV personality added: “So under legal advice, I will not be attending the reunion.

“I need to focus on the important thing in my life – my family.”

PrevPreviousWhen did Stacey Solomon and Joe Swash get married and how many children do they have?
NextRita Ora teams up with Hollywood legend as A-lister makes surprise cameo in her new videoNext