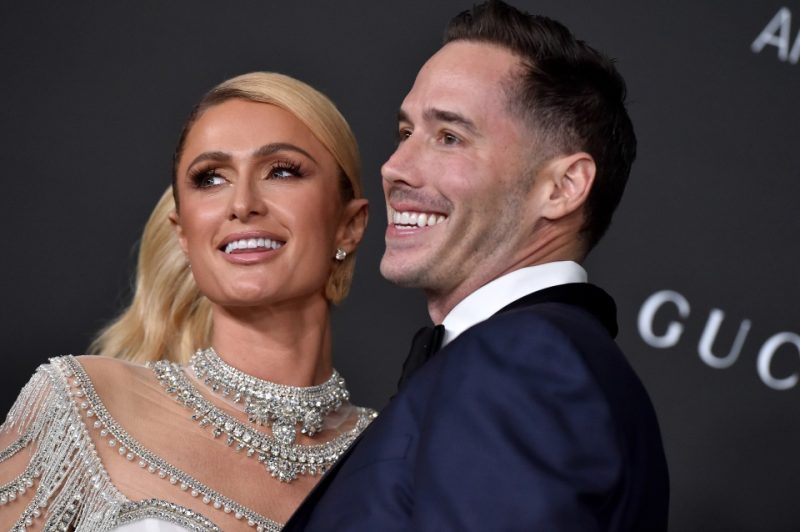 CARTER Reum has just announced the arrival of his first child with Paris Hilton in an adorable Instagram post.

The entrepreneur married the hotel heiress in 2021 and the couple now share a baby together – here’s everything we know.

Who is Carter Reum?

Carter Reum was born on February 5, 1981 and is an American author, entrepreneur and venture capitalist.

He partnered with his brother Courtney and co-founded the successful alcohol brand VEEV Spirits – which made Inc, Magazine’s 5000 fastest growing private companies list in the U.S.

After making a fortune through business, the entrepreneur also published a book through Random House and Penguin Books called Shortcut Your Startup: Ten Ways to Speed Up Entrepreneurial Success.

But his writing career does not stop there, he is also a contributing author for Huffington Post and Inc.

The hotel heiress‘ husband has also turned his hand to the acting industry, appearing in several episodes of Hatched.

He has also commentated on networks including CBS and Fox.

In 2016, the business man focused his energy on co-founding a venture capital firm called M13 Investments with his brother Courtney and sold VEEV .

According to Forbes, the firm raised a $400 million fund in March 2022 to invest into startups that “provide the technical layer behind consumer trends in categories including work, health and money.”

When did Paris and Carter get married?

The couple tied the knot on November 11 2021 at a lavish ceremony held at her late grandfather Barron’s Bel-Air estate, where Paris stunned in an Oscar de la Renta gown.

The guest list of course included her family which meant RHOBH stars Kathy Hilton and Kyle Richards were there.

At the time of their marriage they had been dating for two years but had been in each other’s lives for 15.

The friendship sparked into something more romantic during Thanksgiving in 2019 when they started chatting following a family dinner.

Paris revealed on The Trend Report With Mara Schiavocampo podcast: “We just started talking, he got my phone number and we were flirting that day.

“We went back for dinner that night. I just saw how sweet he was with his mom, we were talking more and I just felt, like, this really amazing connection.

“And then we had our first kiss and then our first date two nights later and then we’ve literally been inseparable ever since.”

The relationship was made publicly official in April 2020 when they were snapped looking cosy together at the Golden Globe awards after party.

What is Carter Reum’s dating history?

Carter Reum is known to have a daughter with reality star actress Laura Bellizzi.

Laura also previously made headlines for being in a relationship with Mel Gibson.

His daughter has lived with her mother since she was born in 2013 and Reum has only reportedly met her once.

The entrepreneur does not have a traditional father-daughter relationship with the child but does support her financially.

An insider claimed that the child had been “triggered” after witnessing Carter’s wedding to Paris, and felt “left out” of her father’s life.

“She just wants to really complete the missing pieces of her puzzle,” added the insider.

“She’s at that age where self-identity is so important, and children want to know who they are and where they come from. It’s important for him to help her with that.

‘It’s not about [Carter] or the mother. It’s about making the child whole. She is absolutely an amazing little girl.

“She has so much love to give. And she wants to give it to him, his family and whoever he chooses to love.”

A spokesperson for Carter has previously stated: “The people who this story matters to have known about it for 10 years.

“Carter supports this child. While he does not have a traditional father-daughter relationship with her, he has provided for her since she was born, and will continue to do so.”

What have fans said about Carter?

In 2021 Carter and Paris starred on their own reality TV show, Paris in Love.

One fan on Twitter shared: “Watched #ParisInLove, & Carter seems so toxic, overbearing & controlling. Putting her down in front of his fam, grilling her, hovering over her…creep!

“Thought she was going to cry. I feel sad for her…she’s been emotionally abused for so long, hope she finds true happiness.”

Another stated: “5 episodes deep and Carter has gone from Prince Charming to controlling manipulator real quick. How he stood behind her at the table. That was humiliating for her and he smiled.”

A third summed it up: “Carter is a walking red flag. This isn’t a “nice guy”, this is just a toxic ugly man.”

However, a production source told The Sun: “Carter’s obviously into the wedding but he hates the TV stuff around it.

“He’s a nice guy but he freezes on camera.

“He’s hating every second of this, I wonder how long he will last.”

In the years following Carter seems to have put rumors to bed as the couple have stayed happily married and welcomed their baby in 2023.

PrevPreviousJessa Duggar slammed for ‘unhygienic’ parenting move with her daughter Fern, 1, in ‘gross’ new video
NextLove Island’s Will in danger as another new male bombshell enters the villaNext