Where is Fixer to Fabulous filmed? 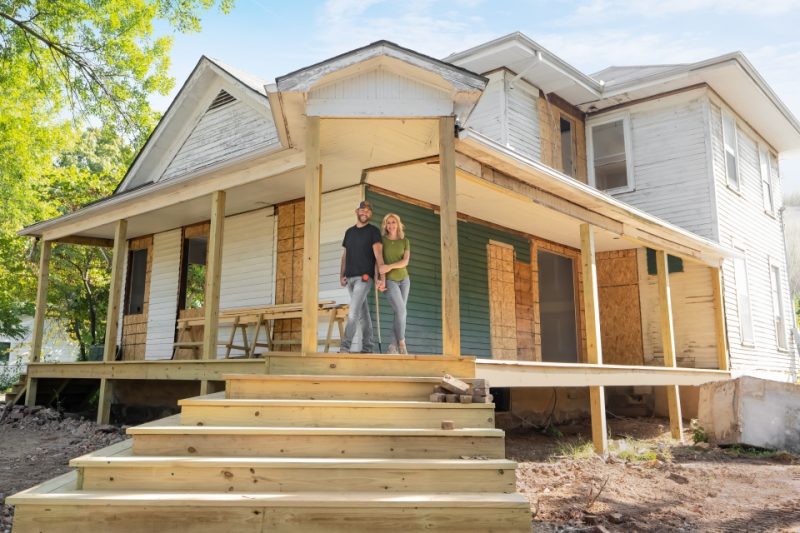 FIXER to Fabulous has captured the heart of many HGTV lovers.

HGTV’s Fixer to Fabulous follows Dave and Jenny Marrs, a couple who has a strong passion for home renovation.

Dave and Jenny Mars in front of an in-progress homeHGTV

When did Fixer to Fabulous premiere?

Fixer to Fabulous premiered in October 2019 and has since been growing due to the show’s success.

Since the initial premiere, the show has had its first spinoff, Fixer to Fabulous: Welcome Inn.

In their newest spinoff, the couple transfigures an 1880 Arkansas property into their very own bed and breakfast.

Where was Fixer to Fabulous filmed?

Dave and Jenny have a knack for turning something simple into something extraordinary starting with their hometown.

The HGTV sensation is filmed almost entirely in Bentonville, Arkansas.

The couple finds old houses and breathes new life into them.

Dave and Jenny’s goal is to renovate the charming city of Bentonville.

The Arkansas city also happens to be the birthplace of the infamous Walmart.

Who are Dave and Jenny Marrs?

Dave and Jenny Marrs met in 2002 while both working for Newell Brands’ Rubbermaid.

The two got married in April 2005 and have been together for 17 years.

The Fixer to Fabulous duo lives in Bentonville, Arkansas with their five children.

Apart from renovating homes, Dave and Jenny have their own berry farm that funds The Gatehouse Project, a mentorship program that aids over 80 orphaned children in Marondera, Zimbabwe.