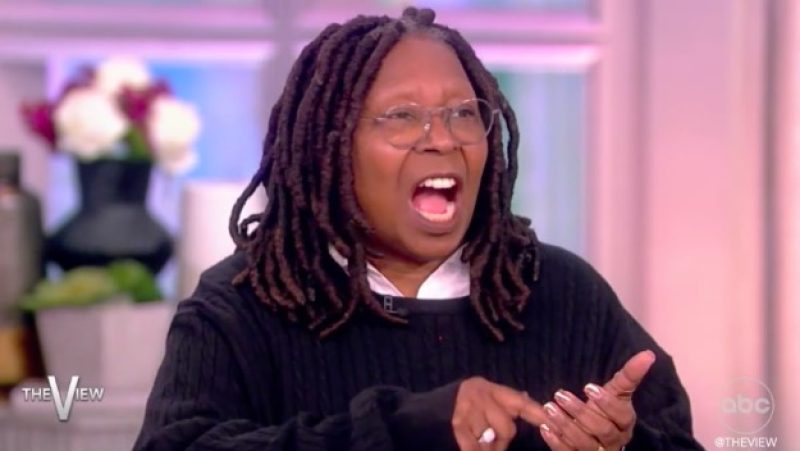 THE View host Whoopi Goldberg has shocked fans with her intense ranting during Tuesday’s episode.

On today’s broadcast of The View, Whoopi, 67, continued to add her perspective to the morning show’s roundtable discussion about CRT despite producers attempting to cut to a commercial.

During the ABC series, Whoopi and her co-hosts Joy Behar, 80, Alyssa Farah Griffin, 33, Sunny Hostin, 54, and Sara Haines, 45, expressed their opinions about the political right.

Sometime during the conversation, the co-anchors’ commentary shifted to the potentiality of Governor Ron being a presidential candidate in 2024, and what that could mean for America.

After Alyssa brought up a point about Governor Ron’s rejection of AP African-American studies being taught in his state’s school system she ended up transitioning the conversation towards Critical Race Theory.

Often referred to as its acronym, CRT.

Once the crew at The View was on the subject CRT, the comedy legend took a moment to give a mini-rant.

“I wish somebody would show me a book. Show me the school book, that everybody is talking about that is teaching CRT,” the 67-year-old began.

When Sunny informed her that the unnamed “book” was taught in colleges, the EGOT-Winner proceeded to explain which exact book she wanted to see.

“I want to see the one that they’re doing with the little kids. I want to see that book. I’m demanding it now, because I’m tired of it,” she continued.

“That book that you think your kids have been learning from is a book about what has happened in our country. And the more you try to avoid things that have already happened, we are going to be facing it again.”

Throughout her entire speech the showrunners played music, urging Whoopi to end her discourse.

As soon as she wrapped her statement the show went immediately to a commercial break.

Lately, it seems that producers of The View have been nudging Whoopi not to comment too much on the show.

On Monday’s broadcast of the show, those behind-the-scenes allowed for music to be played during one of Whoopi’s rants also.

Yesterday, after ABC co-anchors Ana Navarro, 51, and Alyssa expressed their strong points about President Biden, Whoopi chimed in, seemingly to the dismay of producers.

“I’m going to say this again. I think that it really will depend on what’s in those boxes, because if in-fact Presidents have the ability to declassify things than you know…,” Whoopi began.

“…The problem for me is I want us to wait and get all the information and know what we’re talking about, you know.”

As she was giving her perspective, show co-host Sunny, interjected, which prompted Whoopi to clarify that her views on the matter were strictly her own.

“This is what I think. This is just me saying, [President] Joe didn’t say it, Whoopi said it,” Whoopi continued before segueing to commercial break.

The entire time that the author spoke music was playing simultaneously as if producers used it as a signal for her to hush.

Those in charge behind-the-scenes of The View deciding to chomp down on Whoopi’s talking time could be because of past inflammatory remarks she’s made during heated discussions on the show.