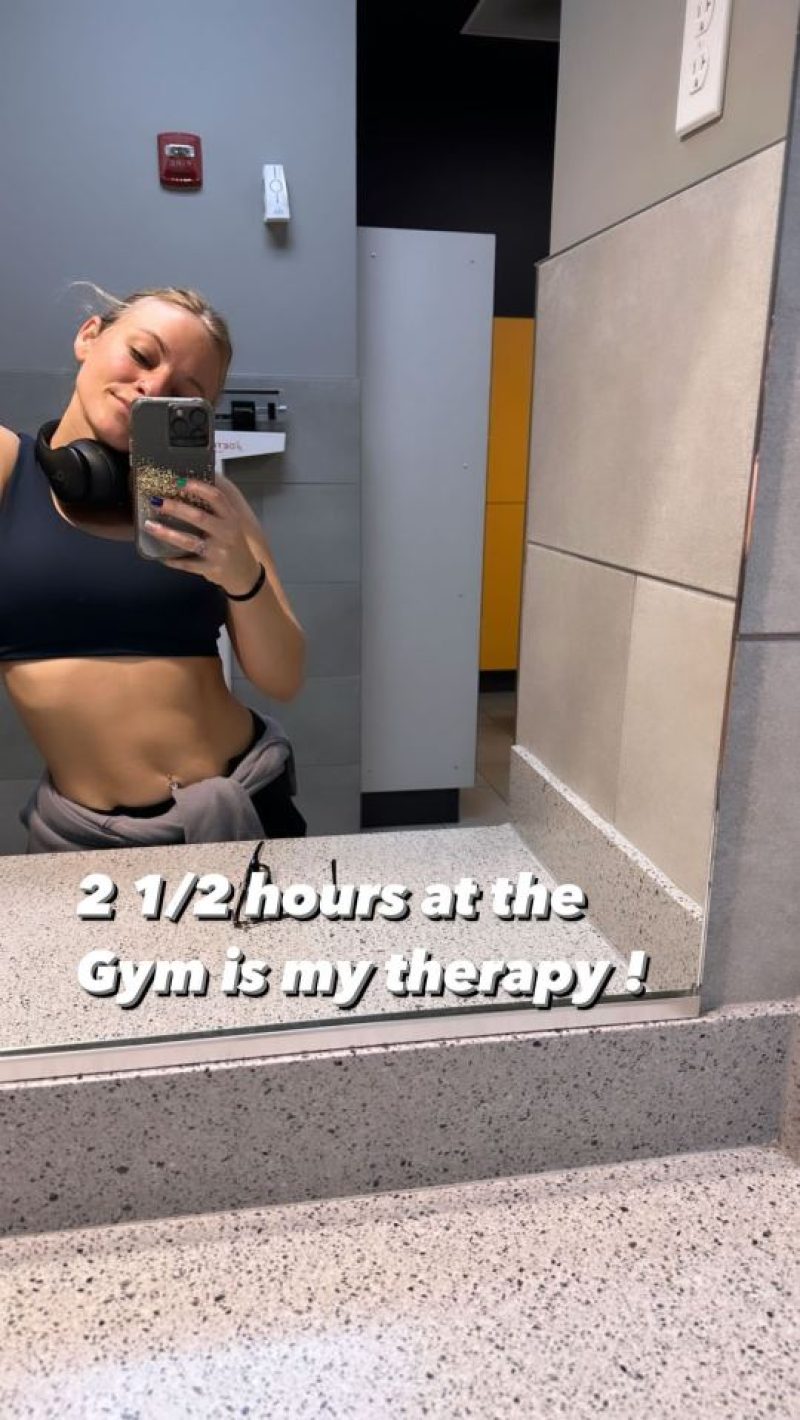 TEEN Mom alum Mackenzie McKee has taken to social media after a grueling workout to flaunt her toned physique.

The former MTV star’s social media snap appeared to be taken in front of the mirror inside of a gym locker room.

From the looks of the fitness trainer’s photo, her workout routine was rigorous since her skin look flushed and her hair was coming out of her pulled back updo.

Lately, the 16 & Pregnant alum has been making news for her fitness lifestyle, specifically when it comes to exercising.

Recently the 28-year-old fitness coach headed a workout session down in Sarasota, Florida through her fitness brand Body by Mac.

After Mackenzie hosted her Body by Mac training session, she took to her Instagram to post a photo dump from the event onto her profile.

In each of the images the used-to-be reality star looked joyful as she led her fitness class participants, smiling and making big arm gestures to help encourage her trainees.

The fitness fanatic captioned her Body by Mac photo slide-show: “When I see you hit that 1-minute plank, I celebrate for you! [strong arm emojis].”


Jeopardy!’s Ken confronts player after he calls host his ‘nemesis’

Prior to this one, Mackenzie held another Body by Mac fitness course back in September.

For that session she kept a happy outlook as she and the group battled the hot Florida sun.

Afterwards, she posted on Instagram: “Great workout, great turn out! Thank you everyone for coming.”

Mackenzie has been focused on working out since her separation from her husband Josh McKee, 29.

However, fans have grown concerned she is overdoing it, especially after she revealed her significant weight loss in a concerning post on social media.

Earlier in September, while sharing a throwback photo of herself donning a bikini, she confessed that she had lost a considerable amount of weight since the photo was taken.

Some fans think that Mackenzie’s infatuation with fitness and health came after she separated from Josh.

In actuality, she’s always been into fitness, according to her Body by Mac website.

“I have always had a passion for fitness,” she wrote on her website.

Mackenzie further explained on her site that when she was 12-years-old she was “diagnosed with Type 1 Diabetes,” which “forced” her to “learn all about healthy living.”