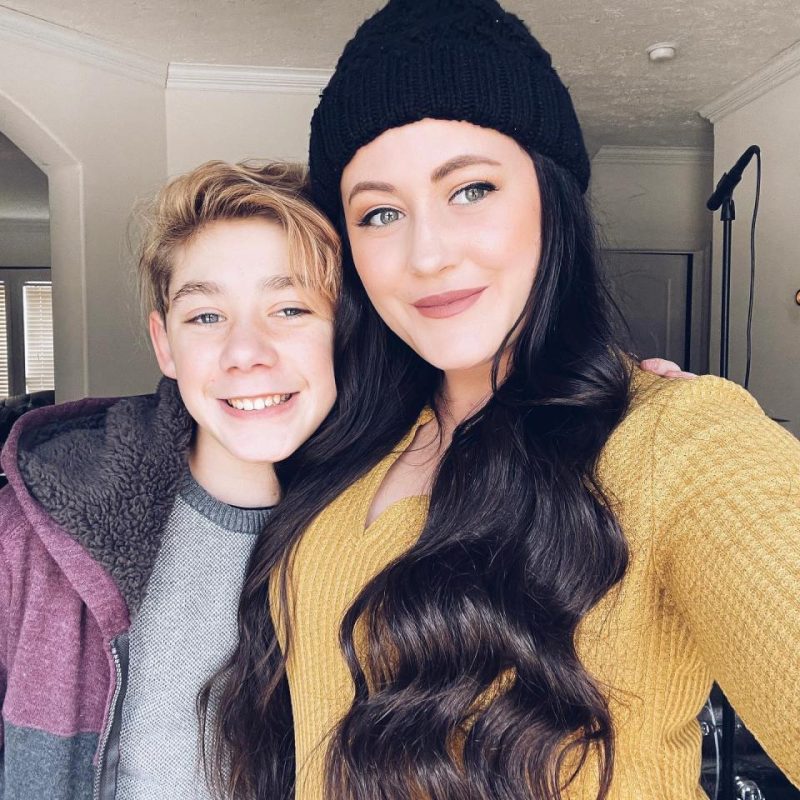 Jenelle dated Andrew back in high school and Jace’s father is now rarely seen after his time on Teen Mom.

As Jace showed off his new haircut, some fans are saying he looks just like his rarely spotted dadInstagram/j_evans1219

Jenelle shared photos of Jace’s latest haircut on her Instagram.

Jace proudly showed off his latest hip cut and smiled at his mom in the backseat of a car.

Teen Mom fans took to an online forum to talk about how grown up Jace looked in the new snaps.

One fan commented: “He looks so much like Andrew here!”

Another said: “Wow, Jace looks like a full-grown adult here.”

However, other fans disagreed as one shared: “I don’t really see Andrew in Jace at all.”

A second agreed and posted: “Jace is still a mini Jenelle to me.”

Andrew has been staying out of the public eye since his time on Teen Mom.

While the attention has shifted over to Jenelle’s current husband, David Eason, she slammed Andrew on TikTok.

One fan commented on a video the MTV star posted and wrote: “To be fair, I think Andrew was the weirdest of them all.”

Jenelle personally replied: “He probably is though, no lie,” and added laughing face and skull emojis.

The Teen Mom met Andrew online when she was in high school and they had their first date shortly after her 16th birthday.

She found Andrew’s ability to drink “so adult and fascinating,” the reality star wrote in her 2017 memoir, Read Between the Lines: From the Diary of a Teenage Mom.

Jenelle wrote: “He did drink, a lot… I mean I like a beer every now and again, but he stayed wasted most of the time. At 16, I thought that was so cool.”

Jace was born in 2009 and Andrew disappeared shortly after, claiming he had to do “modeling in China.”

He made several attempts to reconnect over the years, including January 2019 when he texted a Teen Mom 2 producer with the hope of hanging out with Jace – however Jenelle shut it down.

In 2020, Jenelle said she hasn’t talked to Andrew in years after a fan claimed they had reconnected.

A fan spread a rumor on Twitter and posted: “She’s been rumored to be hooking up with Jace’s dad!”

Jenelle clapped back: “Lmfao uhm… no one has talked to Andrew in years. Nice try.”

Jenelle has two other children.

She shares Kaiser with her ex Nathan Griffith and shares Ensley with her husband David.

MTVFans think Jace is looking like his father, Andrew Lewis, who has stayed away from cameras since his time on Teen Mom[/caption]

InstagramHowever, other fans disagree and think Jace is taking more after his mother[/caption]