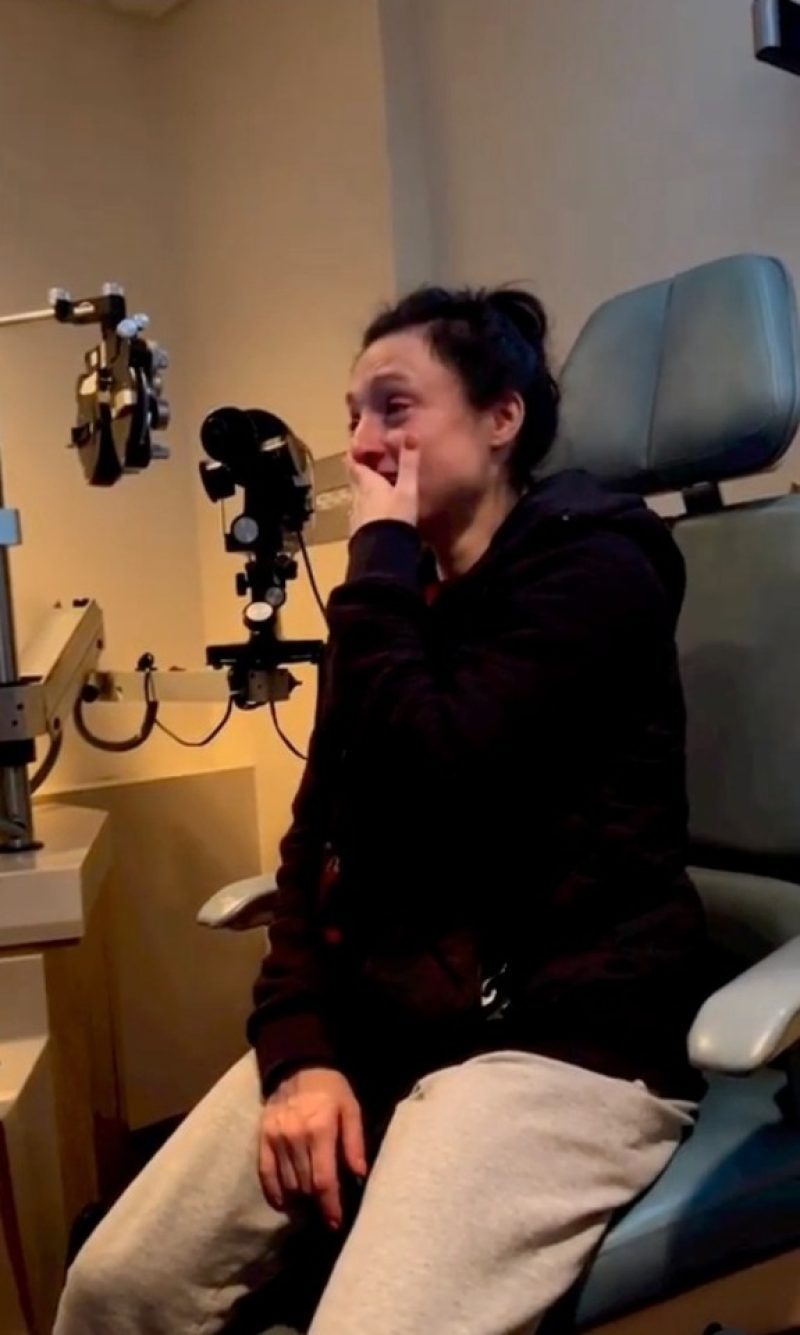 TEEN Mom fans are in tears after a fan-favorite revealed she can now see again after being legally blind since she was 5.

Followers of the show told the behind-the-scenes star they are “so happy” for her following a life-changing procedure.

Many fans are familiar with Mandi Venturino from when she worked as Chelsea Houska’s producer on Teen Mom 2.

She has been legally blind since the age of five, but earlier this week, was given her sight back thanks to an ICL procedure, where contact lenses are implanted onto the eyes.

Mandi, whose prescription was -11.5, posted a video to Instagram where she got her sight tested less than 24 hours after the operation.

The clip showed the TV exec reading an eye chart with perfect clarity.

“Holy s**!” she exclaimed before bursting into tears.

The opthalmologist then confirmed that Mandi now has 20/20 vision.

Turning to her husband, Tyler Keshel, Mandi gushed: “In less than 24 hours! I haven’t been able to see since I was like, five.”

Fans were in love with the reaction video, and shared how happy they were for her.

“This is amazing! I would love this!” wrote one in the comments.

Another shared: “Sitting in carpool crying watching your video. So happy for you. This is amazing.”

“So happy for you beautiful! Made my heart so happy to see this!” wrote a third.

After receiving so many well wishes, Mandi shared a second video where she confirmed she was able to see 20/20 just eight days into her recovery.

“It’s a little blurry in the morning, but not so bad!”

She added in the caption: “Good luck all my fellow blind people.”

Although Chelsea Houska is no longer a part of Teen Mom, she and Mandi appear to still be in touch.

When Chelsea launched her new HGTV show earlier this month, Mandi posted to congratulate the star and shared a video of them together over the years.