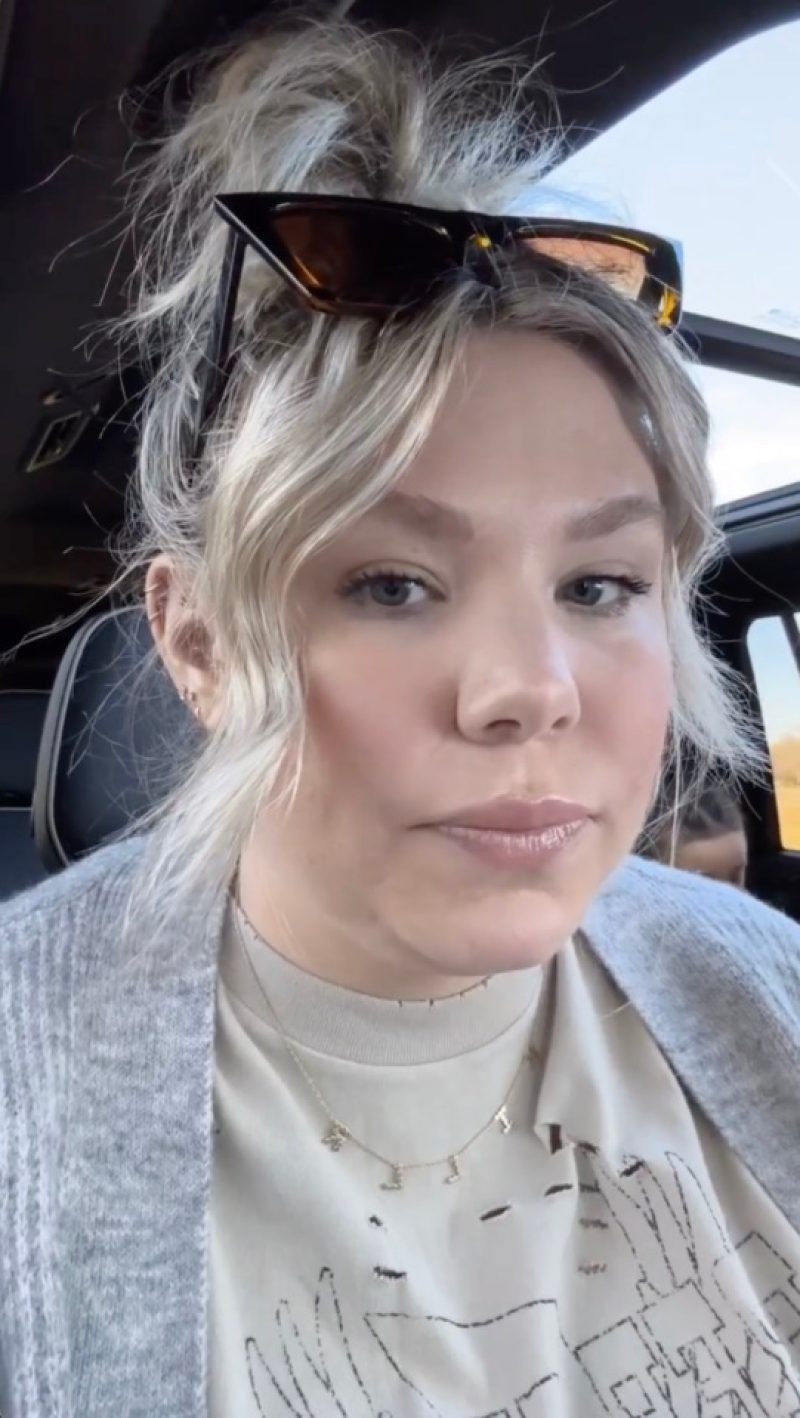 TEEN Mom Kailyn Lowry has been called out for removing a baby item from the background of a new video.

The MTV alum – who has been dodging rumors that she secretly gave birth – might have dropped another hint that she welcomed her fifth child.

Instagram/@kaillowryFans noticed the bottle on the coffee table while she filmed her son, Creed[/caption]

In a video Kailyn, 30, posted to her Instagram Stories on Wednesday, a person was seen snatching a baby bottle from the frame – and fans took notice.

The clip was a recording of her fourth son, Creed, adorably testing a pair of pink ice globes – freezable wands used for massaging the face and other body parts.

Kailyn and other voices were heard asking the tot for his feedback on the self-care tools as he rubbed the product on his skin.

However, viewers were distracted after immediately spotting a baby bottle on the coffee table behind him.

Seconds into the video, a hand quickly snatched the bottle from view, along with other products on the table.

The clip circulated on a popular Teen Mom forum where fans discussed the mishap.

“At this point she’s trolling, there’s a fifth kid everyone let’s move on,” one person commented.

“That’s definitely a Medela breast pump bottle,” someone else concluded.

“She definitely had that person in the background move the bottle on purpose so people would notice. She’s so transparent,” a third theorized.

While others thought the bottle might have belonged to Creed, given he is only two years old.

“I’m Team no baby. I think Creed still occasionally has a bottle (isn’t he only two?) and that’s why they’re out here and there. Also that little man looks 100% like his mum!” a fan wrote.

“It’s definitely on purpose, whether she has a baby or not,” another said.

“Kail, you’re not a Kardashian. Get over yourself,” a third accused, referencing Kylie Jenner and Khloe Kardashian‘s secret pregnancies and baby reveals.

While a fourth said they were “exhausted” by the months-long baby rumors surrounding the Teen Mom 2 alum.

Fans first questioned if Kailyn was expecting another child earlier last year when she began dating her boyfriend, Elijah Scott.

Numerous clues supported the theory that she was pregnant, including the young mom sporting what looked like a baby bump on multiple occasions.

Now, fans believe she already gave birth and have pointed out the signs on social media and in her podcasts.

Late last year, Kailyn mysteriously missed recordings for her podcast, Baby Mamas, No Drama, heightening speculation that her absence was to give birth.

Her co-host, Vee Rivera, 31, covered for the star and claimed she was taking time off to spend with her four sons: Isaac, 13; Lincoln, eight; Lux, five; and Creed.

However, the clues continued with fans recently coming across a baby registry online, believed to be the TV stars.

Viewers also spotted a necklace with a gold circle and the word “mom” inscribed on the inside around Kailyn’s neck during an Instagram Live.

The necklace had five charms hanging along the bottom edge, drawing chatter that they represented five children.

Additionally, she has been showing off her slimmer figure in tighter clothing rather than the loosely-fitted outfits she wore months earlier.

Kailyn’s supposed fifth child would be her first with her 24-year-old beau, Elijah.

She shares her other children with her three baby daddies: Jo Rivera, Javi Marroquin, and Chris Lopez.

Dario Alequin for The US SunKailyn has been dodging rumors for months that she welcomed her fifth child – her first with her boyfriend, Elijah Scott[/caption]

Instagram/kaillowryKailyn is also a mom to sons Isaac, Lincoln, Lux, and Creed[/caption]