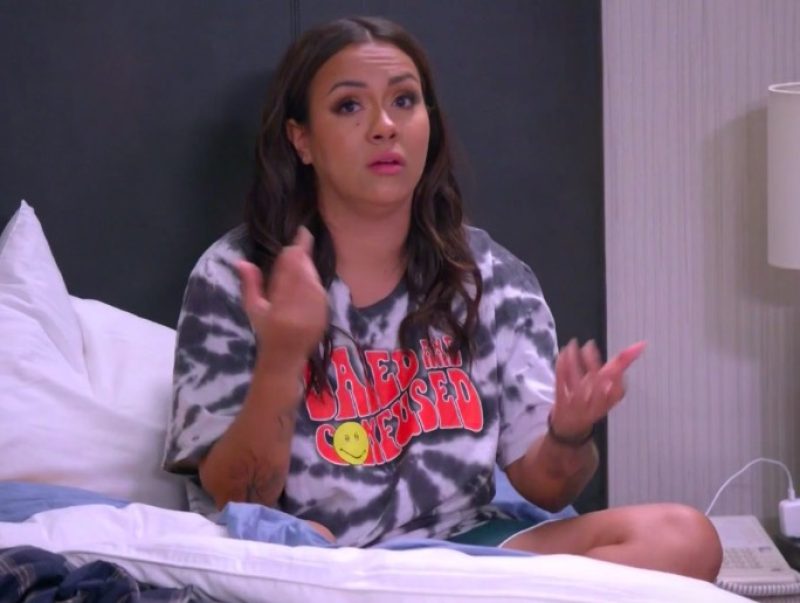 FANS have urged MTV to fire a Teen Mom star after a wild on-screen brawl with a cast mate and her mother.

Briana DeJesus was sent home during this week’s episode of Teen Mom: Family Reunion after an explosive fight with her enemy Ashley Jones.

MTVFans have called for Briana to be fired from MTV[/caption]

Instagram/@teenmom.teaThey accused her of taking ‘no accountability for her brawl with Ashley[/caption]

Now, fans have called for the reality star to be permanently released from the network and slammed her actions as “dangerous.”

On a Reddit thread dedicated to the episode, one viewer wrote: “LAUGHING Bri and Roxy finally got punished. Struggling Roxy and just pack your shit.

“They shouldn’t have told them Ashley was going home just to p**s them off more lol stop the fake tears and go tf [sic] home.

“Jade you can follow her if you kiss her ass that much BYE.

“You’re being WAY over dramatic about a girl who wouldn’t give the same energy for you. Bri trying to play the ‘she did it first’ game,” they continued.

“Girl she [spat], you threw a heavy a** bottle that could’ve hit anyone.

“Both [are] wrong, but bri [sic] acts like she’s innocent.

“Her Jenelle smirk in all the confessionals you haven’t learned s**t and don’t care to based off your Twitter after the fact.

“If bri [sic] is in any more seasons I won’t be able to watch.

“She’s just too much trash at this point. I won’t even bother reading the drama on the discussion posts because she’s just annoying,” they concluded.

A second remarked: “If I was one of their cast mates, I would refuse to film with any of them.

“Who knows when I would get on their bad side and be on the receiving end of that bulls**t.”

“I was watching tonight with my guy friend and had to explain to him how Briana, Brittany, and Roxanne are always in the drama, and Brit and Roxi always let her play the victim.

“If something is in your contract saying you can’t f**king throw something at someone in a fight then yes you deserve to go home. TAKE ACCOUNTABILITY,” a third raged.

“I wish they’d stop acting like bri [sic] is a saint,” a fourth complained.

The reality star and her mom were sent packing after the physical altercation was caught on camera.

During the episode, Briana, 28, and her mom, Roxanne, sat down with Teen Mom: Family Reunion host Dr. Cheyenne Bryant, also known as Coach B, following the altercation.

The mom of two had been adamant that she did not want to leave.

She maintained that was merely protecting herself and her mom in the incident.

Meanwhile, Ashley and her mother decided to leave the show after the explosion of drama.

The pair also had a sit down with Coach B, during which they expressed little remorse.

While Tea confessed that things could have been handled differently, Ashley stated: “The alternative to my spit was my fist.

“I regret that all I did was spit on her after they came for my mama.”

She ultimately decided that she was “ready to go home,” adding: “None of this feels right to me.”

As for Briana, she and her mom got the news that they’d been dismissed while sitting in the hotel they were moved to after the fight.

A producer told the pair that it was ultimately the young mom’s decision to throw a large water bottle in Ashley’s direction that was their undoing.

The MTV staffer told Briana the incident was a “significant breach of contract.”

They added that throwing the bottle could “have caused serious, serious injury.”