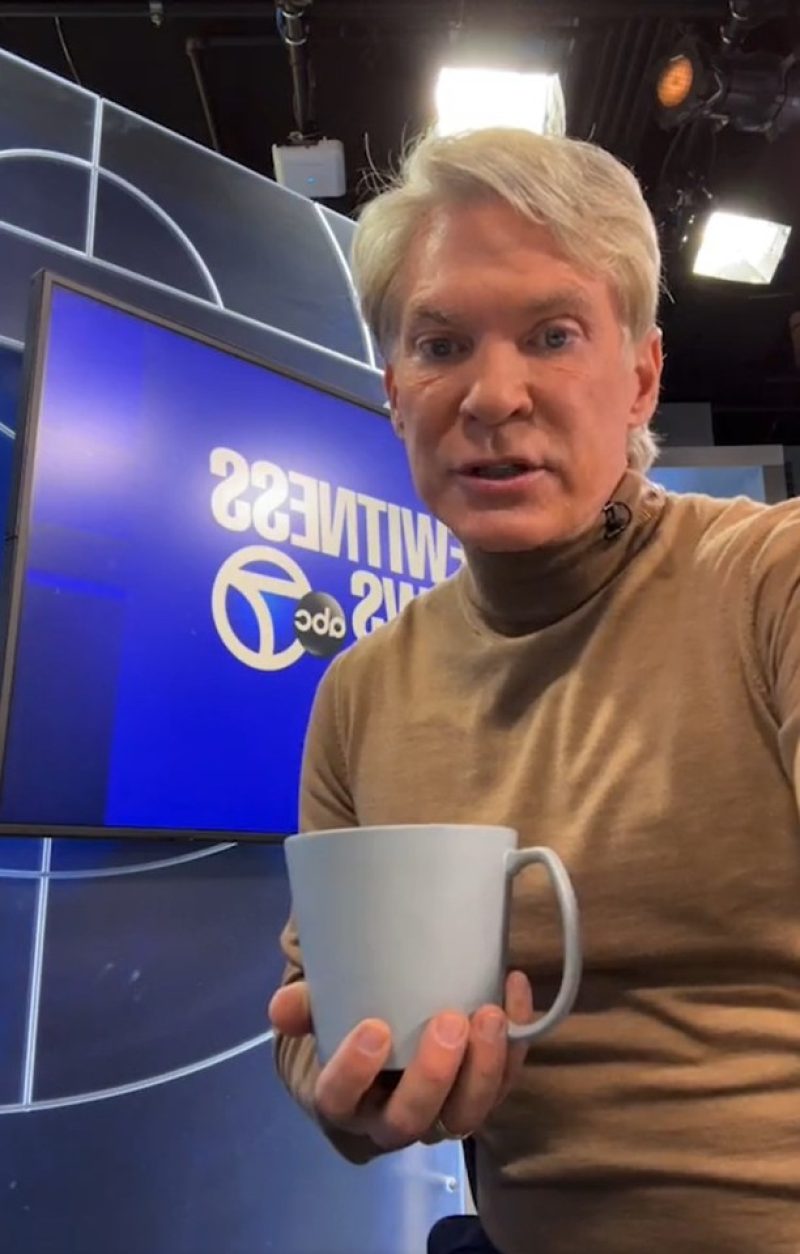 SAM Champion has responded to rumors suggesting that he’s returning to his GMA weekend post with a definitive “no.”

Sam sat down with fans on Instagram for a live video ahead of his appearance on the morning show on Wednesday.

He returned to his post at ABC7 New York after a stint at GMA while filling in for Ginger Zee as she recovered from a recent illness.

While out for the short time, fans believed that might signal his return to his old stomping grounds.

Sam was swift to give fans a definitive answer on the subject in his video.

He captioned his video: “Cali!! You guys break the news of a 4.2 earthquake live!! Storm is coming today. Heather brings me the promised adult beverage.. I need it..#amtalkaboutnothing”

During the online stream, Sam took questions from viewers in the chat.

At one point, he mentioned: “Folks are asking, ‘Are you coming back to GMA Weekend?’”

“No,” Sam said without hesitation as he laughed.

Anchor Heather O’Rourke, standing beside him, chimed in “That’s a hard pass.”

“I was there for four days last week, fixing some staffing issues, so I think there were a lot of questions,” he explained.

He concluded: “But no, just helping some friends out.”

Though the rumors have been put to rest, Sam will likely come to help GMA out again should there be any staffing needs in the future.

The meteorologist recently returned to ABC News in New York City after a vacation in Ipanema, Rio De Janeiro, with his husband, Rubem Robierb.

On January 18, Sam took to Twitter to post a short clip of himself sipping coffee before heading on air with the GMA team.

The video earned almost 5,000 views, and fans were quick to comment, although one seemingly rubbed the weatherman the wrong way.

“What’s with your hair go back the other way you look very much more handsome,” a viewer said.

Sam then replied with choice words, asking everyone to refrain from judging anyone’s physical appearance on the social media platform.

“With all respect.. NO ONE wants their appearance critiqued on twitter so let’s All be better,” he noted.

Before getting into it with a viewer, Sam took some time out for some on-set fun with co-host Lara Spencer.

Sam took to Instagram with a few snaps from his temporary appearance on Good Morning America, replacing Ginger Zee as she recovers from a recent illness.

In one photo, Sam stood firm in a “ready” stance in front of the GMA Extreme Weather screen, ready to get the job done.

In the next, he could be seen on Lara’s “tricked out” scooter with the host on his back as both Robin Roberts and Michael Strahan urged him to be careful.

Lara has had to use the scooter to get around following her recent foot surgery.

Sam spent some time horsing around with Lara and her scooter, which she added jewels and a bell to as well as some fun tassels.

Sam captioned his photo set: “Last minute dash to @goodmorningamerica…my heart is happy after spending the am with great friends!! @lara.spencer @robinrobertsgma @michaelstrahan @gstephanopoulos thank you for being so wonderful @sswinkgma. (in 2nd photo Robin and Michael are saying “be careful)”

Lara posted the same photo to her Instagram with a joking caption.

She wrote: “The scooter has become quite an attraction here on set…..”