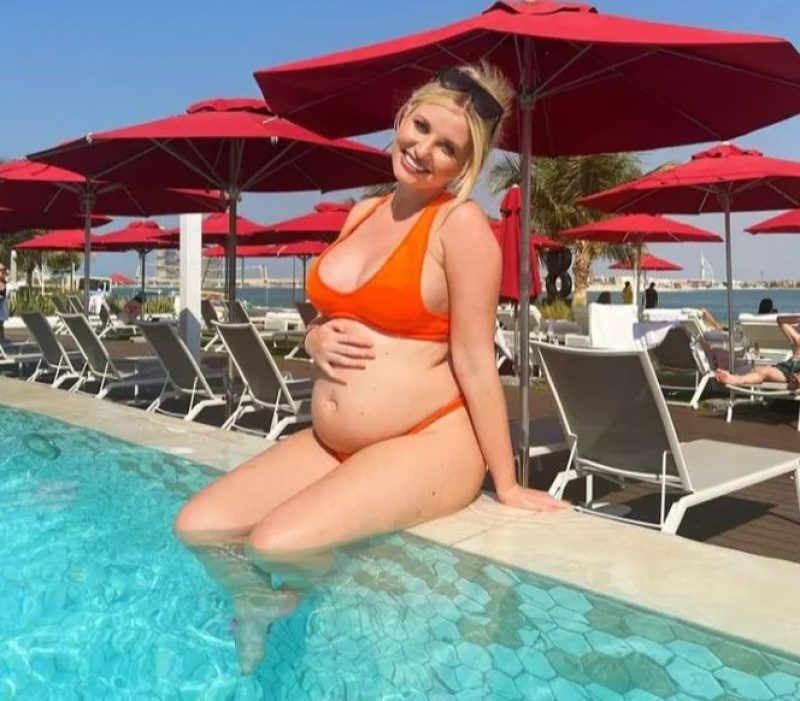 LOVE Island star Amy Hart has hit back at mum shamers who are concerned about her using bathbombs while pregnant.

The 30-year-old is currently pregnant with her first child with boyfriend Sam Rason and has been treating herself to the occasional bath treat.

But some followers suggest she shouldn’t be putting scented products in the water.

Hitting back last night, Amy told them: “For everyone who was worried yesterday I also checked with my midwife today and we’re all good.”

Bath bomb manufacturer Lush says all their products are safe to use throughout pregnancy.

The NHS doesn’t offer advice on bath bombs, but the general advice during pregnancy is to keep your bath water at a cooler temperature.

The reality TV star – who rose to fame on the ITV2 dating show Love Island in 2019 – took to the Loose Women panel to make the exciting announcement.

She revealed that she had fallen pregnant naturally after worrying about struggling to conceive and freezing her eggs.

She is due within the next two months.

Since revealing she was pregnant, Amy has been subjected to numerous comments from her followers who are ‘offering her advice’.

She recently called out those who had mum-shamed her for attending NCT classes, believing them to be “toxic” and told them not to be so negative.

“1) why would you message that to someone who’s literally in the car on their way to their first session? We were gonna go regardless, why add negativity in to the mix?!,” she raged.

“2) honestly I’d say to anyone debating whether to sign up but having negative thoughts because of comments from friends and family, go and make you’re own judgement! I’m just sad we won’t get to do it again next time.”

Amy and Sam are looking forward to becoming parents