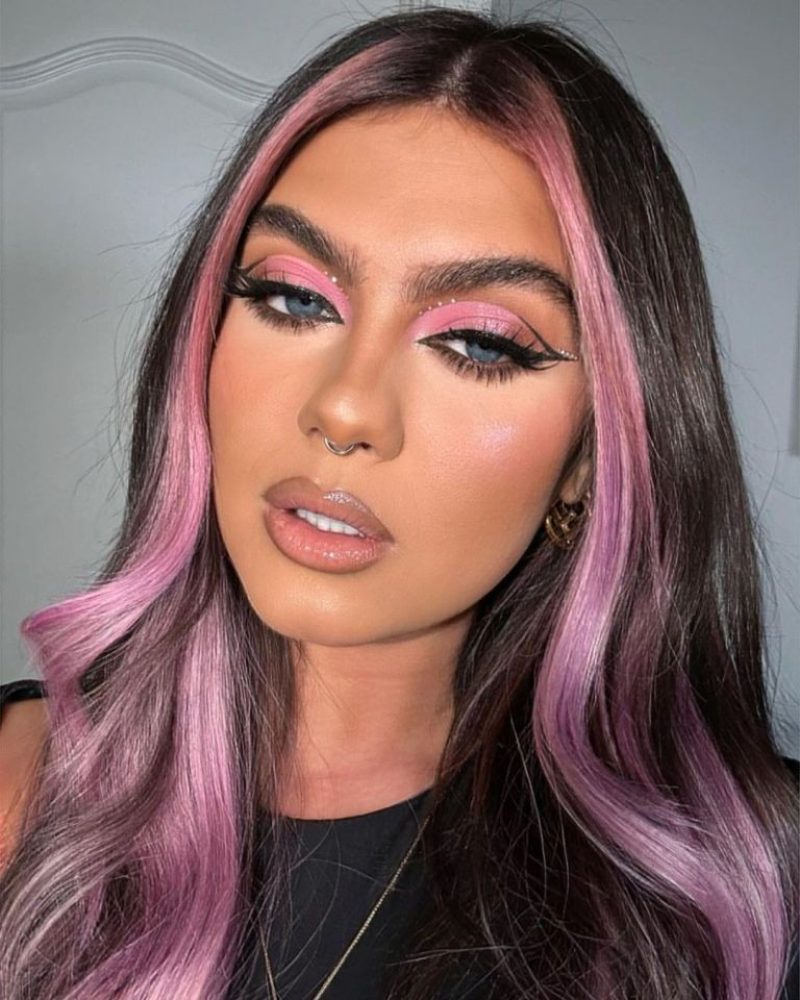 LOVE Island star Belle Hassan showed off her pink hair transformation after quitting fame to return to her day job.

The reality star – who shot to fame on the 2019 series – is now a huge make-up influencer with nearly a million Instagram followers.

Belle, 24, posed for a sassy photo as she showcased her rosy streaks throughout her hair.

The former TV star styled her tresses in loose waves and wore a full face of glam make-up, with bright pink eyeshadow and bronzed cheeks.

Belle, who was coupled up with Anton Danyluk on the show, knows a thing or two about cosmetics and treatments.

Belle appeared in the hugely successful fifth series of the show, alongside Molly-Mae Hague, Tommy Fury and Maura Higgins.

She narrowly missed out on a place in the final, which was won by Amber Gill and Greg O’Shea.

She later split from Anton, 28 – five weeks after first meeting in the Love Island villa.

Despite appearing on the show years ago, Belle has revealed she is still harassed by drunk fans on nights out.

The star said she was fed-up with going out in the UK because of unpleasant comments and even violence.

Belle said she’d been hit in the face and “started on” by girls because of her reality TV fame.

She wrote on Instagram: “I’m so sick of when I go out the Love Island chat of ‘I’m so lucky to be remembered’, or ‘do you think you’re famous,’ or ‘Love Islanders aren’t famous’ or ‘you really think you’re something’

“This s**t is mad excuse me Hun I never said any of these statements.

“It’s always mad drunk people wanting to put influencers down. Even people come up to me like. ‘oh I met… and they are ugly in real life,’ or ‘oh I met… what a c**t they are.”