Little People’s Tori Roloff shows off her curves in a swimsuit on getaway- and daughter Lilah, 3, rocks adorable shades 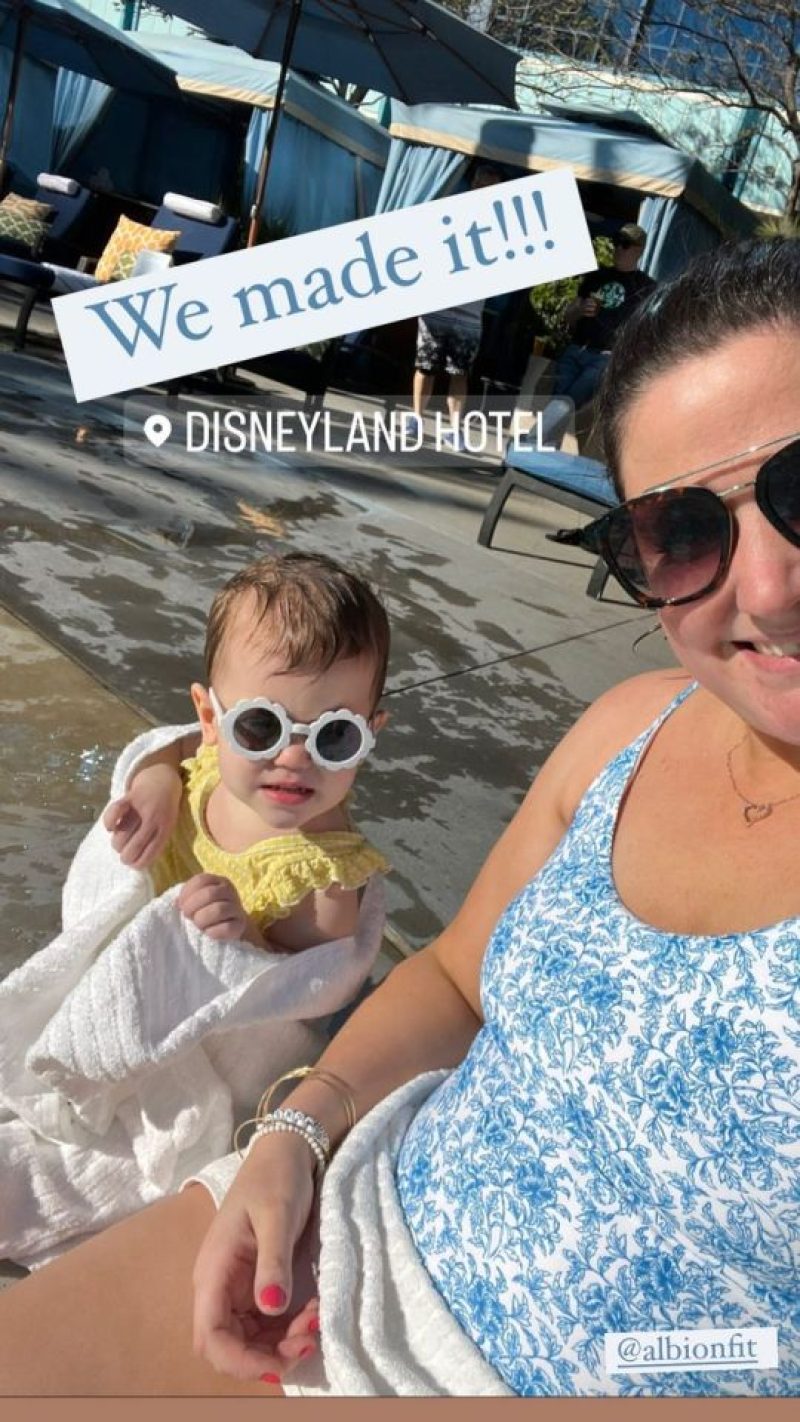 LITTLE People star Tori Roloff has shown off her curvy figure while donning a swimsuit in a new photo alongside her daughter Lilah.

Not known, clear with picture deskTori shares Lilah and sons Jackson and Josiah with her husband, Zach[/caption]

In the pic, Tori, 31, posed with her three-year-old while sitting on the edge of a pool.

The pair smiled at the camera, with Tori rocking a baby blue one-piece bathing suit, a towel wrapped around her waist, and sunglasses.

Lilah also sported her best swim attire in a yellow bathing suit and round white shades.

The tot dried off after going for a swim as she cuddled beneath a pool towel.

Tori excitingly shared their destination, writing: “We made it!!!” and tagged Disneyland Hotel.

Elsewhere on her Stories, the TV personality shared more snaps and videos from their family vacation.

In one, she filmed her eldest child, Jackson, five, jumping into the pool while sporting a life vest.

Tori joked about her son’s love for the water, writing: “…and immediately hit the pool.”

InstagramShe showed a video of her eldest child, Jackson, jumping into the hotel pool immediately upon arrival[/caption]

The youngster’s energy didn’t last as Tori shared another clip of Jackson sound asleep in the stroller in the amusement park.

Her husband, Zach, 32, appeared to be pushing the stroller, also carrying their eight-month-old son, Josiah.

She laughed that Lilah outlasted her brothers and showed her only daughter smiling and walking down the street.

The adorable tot donned a white t-shirt with Mickey Mouse ears on it, black leggings, pink sneakers, and a pink hat.

Additionally, she shared a photo of Cinderella’s castle – the main attraction at the popular theme park.

And she posted a selfie with Josiah wearing a black Mickey Mouse hat as the pair smiled at the camera.

The outing was the first big trip for the family since welcoming baby Josiah in April.

Earlier this month, fans speculated that Tori might be pregnant with her and Zach’s fourth child after she shared a suspicious video.

In the questionable clip, Tori recorded herself getting ready for the day, which included her makeup routine.

However, some mistook the star’s makeup palette as a pregnancy test and said so in the comments.

“I literally thought you were about to pick up another pregnancy test,” one person wrote.

“No she is not having any more babies she answered that question a while back,” a third fan corrected.

Days earlier, the mom of three tearfully admitted that her kids didn’t need her as much anymore.

In an Instagram Story, the LPBW star shared footage of her youngest child drinking from his milk bottle.

“I’m not needed anymore!” she added, along with a crying emoji.

Tori has been sharing numerous milestones from her third-born child on social media.

She recently boasted that Matt and Amy Roloff‘s grandson has consistently slept through the night and can sit up on his own.

Josiah has also been bonding closely with his big siblings, Jackson and Lilah.