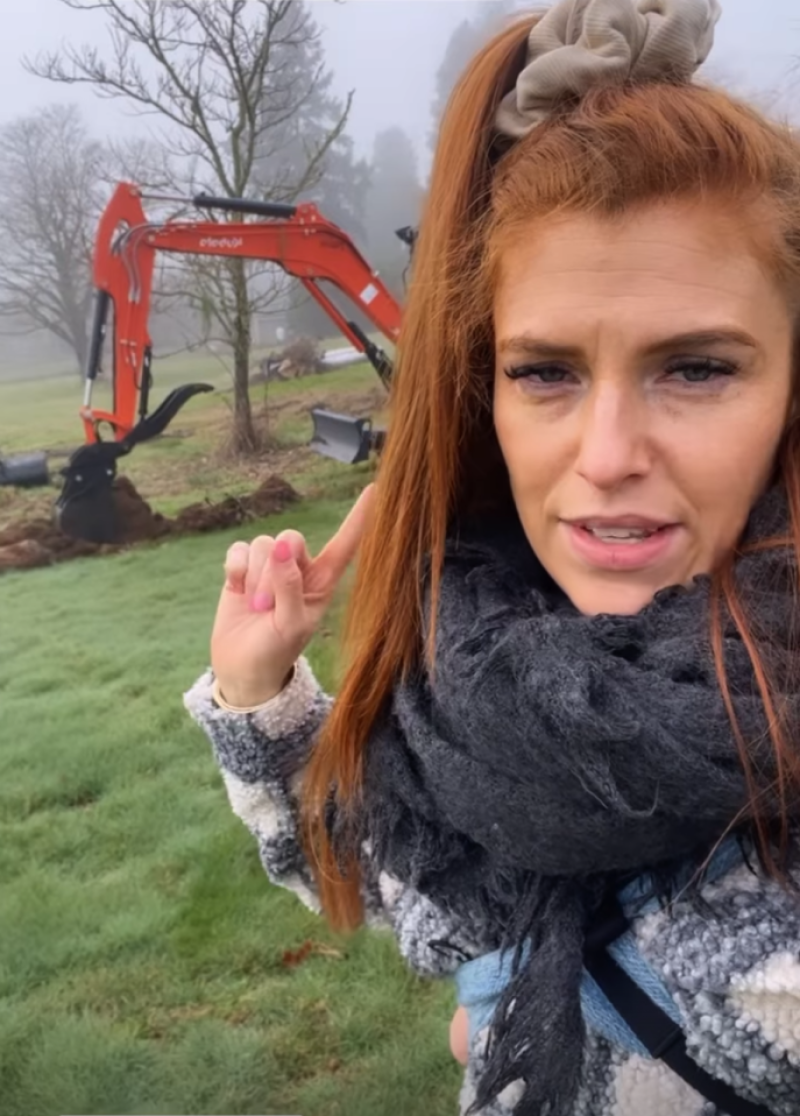 AUDREY Roloff has shared new videos of the renovations she and Jeremy are doing on the farm, even though they’re in financial distress.

In the video, Audrey explained that she and Jeremy are tearing out the fence line behind their house “because all the posts are rotting,” she said.

Behind her, there is an excavator digging up the fence and the ground where the fence used to be.

The Little People Big World star explained that she plans on adding a garden. She also mentioned that removing the fence creates a more direct line to the shop they have on the property.

She wants their backyard to have more of a flow than it did before.

In the video, she wrote: “Tearing out this fence line to put the garden here and open up the space between the house and the shop.”

The next video on her Instagram story shows the excavator pulling the fence posts out of the ground.

Audrey recently confessed that she and Jeremy can’t afford to remodel their 1970s farmhouse.

During an Instagram Q&A session, she was asked if she plans on removing the diagonal paneling in the living room.

Audrey replied: “So many things in our house are [crazy emoji]. It’s straight out of the 70’s so everything is really dated and honestly, a lot of things don’t work or are old and beat up…. it needs a lot of fixing.”

The reality star told fans that she’s made “no money” from her many business ventures over the years.

Last month, she also admitted to having financial struggles, especially when it comes to the businesses she and Jeremy have started over the years.

She admitted: “Some of our [businesses] have made zero money, some have been extremely profitable, and others have actually cost us. Along the way, we’ve quit/stopped a lot of things in order to start or give more attention to others.”

The transition into their million-dollar farmhouse has come with a lot more challenges than the couple anticipated.

They paid an estimated $1.5 million for the Oregon home, but Audrey and Jeremy have already spent a whopping $700,000 in renovations, The U.S. Sun exclusively revealed.

According to the Washington County Assessor’s Office, exactly $694,570 worth of improvements has been made to the property as of December.

The family has already dealt with broken appliances, a rat infestation, and a loss of power and electricity.

The 4,414-square-foot home features four bedrooms and four bathrooms. On top of that, it sits on four acres of farmland.

Instagram/ Audrey RoloffOnce the fence is removed, the couple plans to build a garden on their large plot of land[/caption]

InstagramAudrey and Jeremy continue to renovate their home, despite their financial problems[/caption]