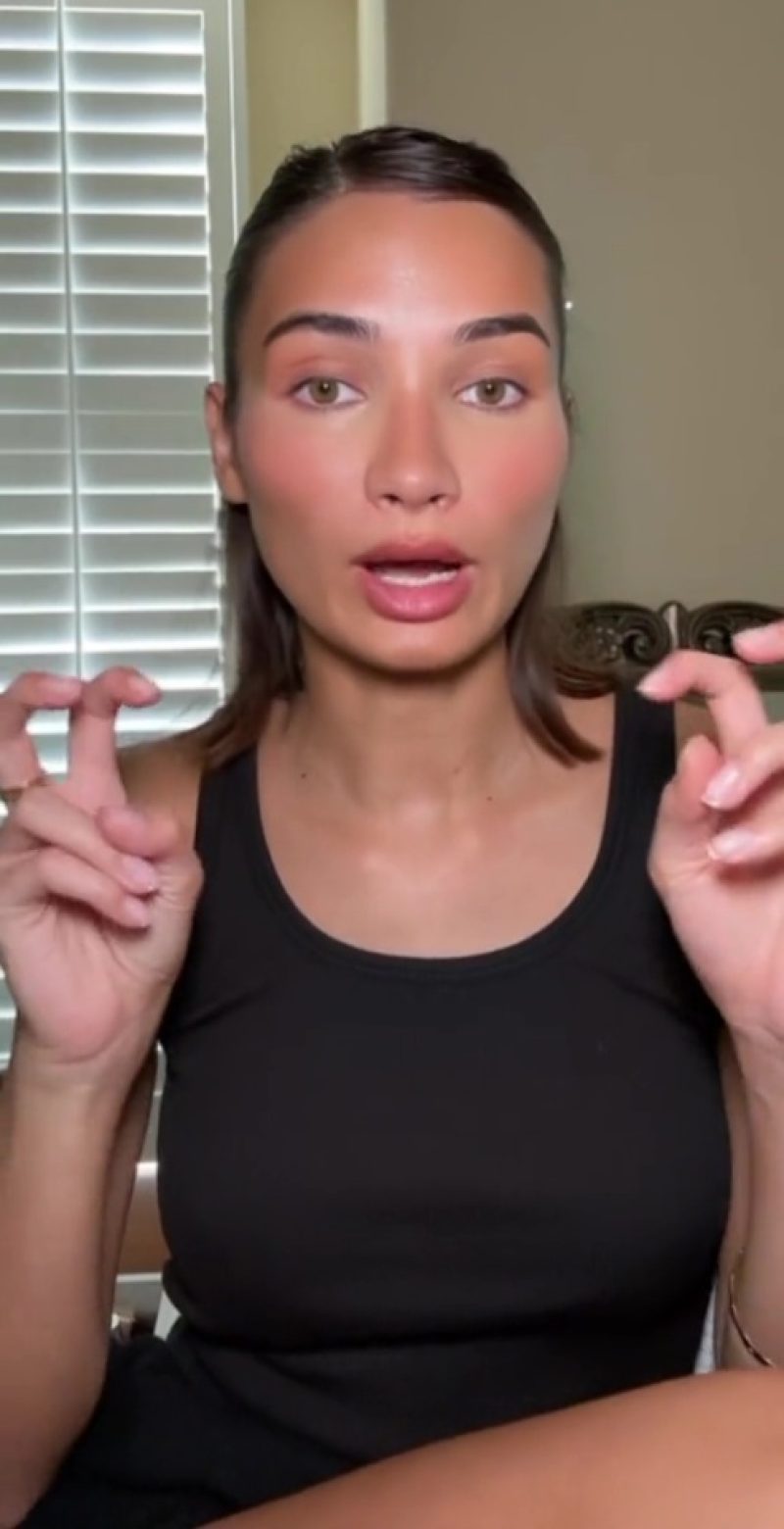 KYLIE Jenner’s ex-BFF has appeared to throw shade at the Hulu star for being cut out of her former friend group.

Pia Mia, 26, discussed the hurtful slight and opened up about feeling left out during a new TikTok video.

Posted to her account on Tuesday and titled “here for u,” the video showed the Do It Again singer applying her makeup as she discussed the current state of her career.

Pia opened by explaining: “I have worked in the music industry, entertainment industry, in LA for 10-plus years and yesterday I just had one of those days where you’re just completely over it and want to go home.”

The Touch artist stated that it feels “a little bit awkward” to talk to her followers about the hardships she’s experiencing but that she hopes it will help.

Pia then disclosed that the relationships she fostered while living in Los Angeles feel very “transactional.”

She revealed: “Even if you’re friends with someone for years, and you actually think that friendship is real, the second that they think you’re not hot enough, famous enough, or making enough money…you’re cut from the group.

“Without anyone telling you anything and without you doing anything wrong.”

The singer admitted frankly: “That s**t is just terrible.”

Pia also explained that it “feels like you can only be associated with if you’re hot in the moment,” before voicing “that’s not what real friendship and real relationships are.”

The Boys & Girls artist acknowledged: “I do understand to a degree that this is a business but we are humans too.”

Pia mentioned that she feels it’s “important to shed light” on the treatment of people within these circles because “everyone always acts like everything’s okay.”

“It’s important to show that everything is not great all the time and you can still come back from moments or periods in your career where feel like it’s not going the way that you want it to.”

She then warned: “The people who do only want to be around you when you’re ‘hot enough,’ just take note of it. It’s not personal.”

Fans began to speculate about the person, or friends, Pia could be referring to in the post’s comment section.

One person wrote: “Kylie,” while another added, “First name that popped [into] my head!”

Speculation that Kylie, 25, is the friend who ousted Pia from her inner circle continued as a third commenter mentioned: “They recently unfollowed each other!”

“Ur not,” responded a second before adding, “Kylie was following her for years and like a couple [of] months ago she was still following her.. now she’s not.”

While a final commenter simply questioned: “Is she talking about Kylie? Because they use to be very close.”

The makeup mogul was recently shaded by her best-friend Stassie Karanikolaou when the 25-year-old influencer snubbed her reality star pal with a sly social media move.

Posting to her Instagram Stories, Stassie shared a photo of her and a friend sitting on the edge of a huge infinity pool next to the ocean.

Both wearing barely-there bikinis, they held up their arms and joined their hands together to make a heart shape.

Although they were pictured from behind, Stassie tagged Sydney Carlson, who is an LA-based model and iPhone case designer.

She then threw shade at Kylie as she wrote: “Go best friend.”

However, many fans previously thought that the cosmetics boss was Stassie’s best friend.

The starlet often joins Kylie and the Kardashians for family events and has even been seen wearing matching outfits with her BFF.

Earlier this year, the two launched a makeup collaboration for Kylie Cosmetics.

They posed in matching latex dresses for a sexy promo photoshoot.

However, fans have recently speculated that things may have gone south with their friendship.

The two have not been seen in photos together since they attended Paris Fashion Week in early October.

Recently, Stassie added to rumors of a falling out as she was pictured alongside Kardashian family nemesis Tammy Hembrow.

Tammy has been on bad terms with the clan ever since she collapsed and was stretchered out of Kylie’s 21st birthday party in 2018.

Meanwhile, Kim Kardashian’s ex-husband Kanye West, 45, recently made things awkward as he revealed he had “a crush” on Stassie during one of his Instagram rants in October.

As well as the vlogger, Kylie is known to be close with former Kylie Cosmetics employee Victoria Vilarroel, fellow beauty boss Yris Palmer, and her makeup artist Ariel.

She was formerly best friends with Jordyn Woods, but they fell out after she was caught kissing Khloe Kardashian’s then-boyfriend, Tristan Thompson.

GettyPia Mia, pictured here with Kylie in 2015, discussed the hurtful slight and opened up about feeling left out during a new TikTok[/caption]