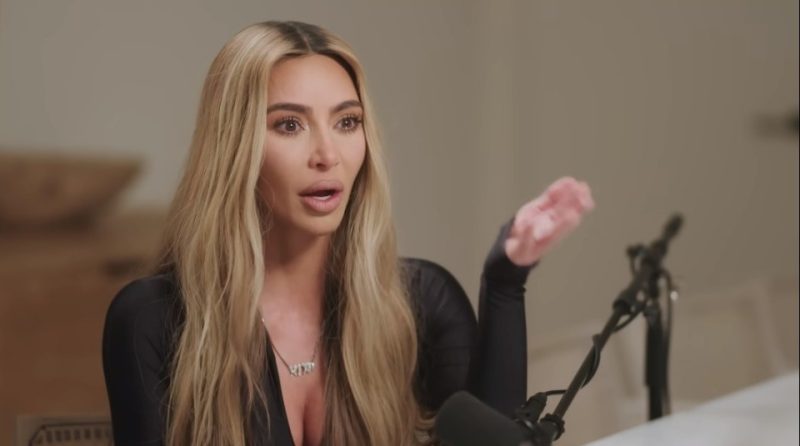 KIM Kardashian has had a restraining order granted against her “stalker”.

The man allegedly made numerous visits to the star’s house, called her his “wife”, and sent her a diamond ring.

According to TMZ, Kim has been granted a temporary restraining order against 28-year-old Jomoni Victor Ziegler.

Documents obtained by the outlet claim that he began making visits to Kim’s $60million mansion in December, only to be stopped by security.

But Kim’s guards could not prevent Jomoni from posting explicit messages about her online and refering to her as his “wife”.

Filed by Kim’s attorney, Shawn Holley, the documents claim that Kim was also sent numerous items to her home including a diamond ring and keys to a hotel room.

Kim claims Jomoni has a criminal history including firearms and threats.

The reality TV personality also claims his invasive actions have caused emotional distress, and a judge has therefore signed a temporary restraining order.

The order will last until Jimoni faces a hearing, which is scheduled for next month.

However, it’s not the first time Kim has had issues with an alleged stalker.

Just last December, she was granted another restraining order against a man who allegedly tried to break into her Los Angeles home three times.

Kim was awarded a five-year protection order against Andre Persaud, who is now forbidden from contacting Kim or coming within 100 yards of her.

The mom-of-four told the court how he claimed to be armed and insisted he had communicated “telepathically” with her.

Similarly Kim was granted a temporary restraining order in 2021 against another alleged stalker, Charles Peter Zelenoff.

According to TMZ, he “filmed videos outside the edge of her property“ while Kim claimed he was “getting increasingly frustrated about not getting inside.”

Kim expressed she was “scared” that Charles was able to find her home, because she has never shared her address.

The man also sent Kim a diamond ring, as well as Plan B.

The Skims founder lives at her Calabasas mansion with her four kids – North, nine, Saint, seven, Chicago, five and Psalm, three – whom she shares with Kanye West.

Kim is now a single mom after she finalized her divorce from the rapper in November 2022.