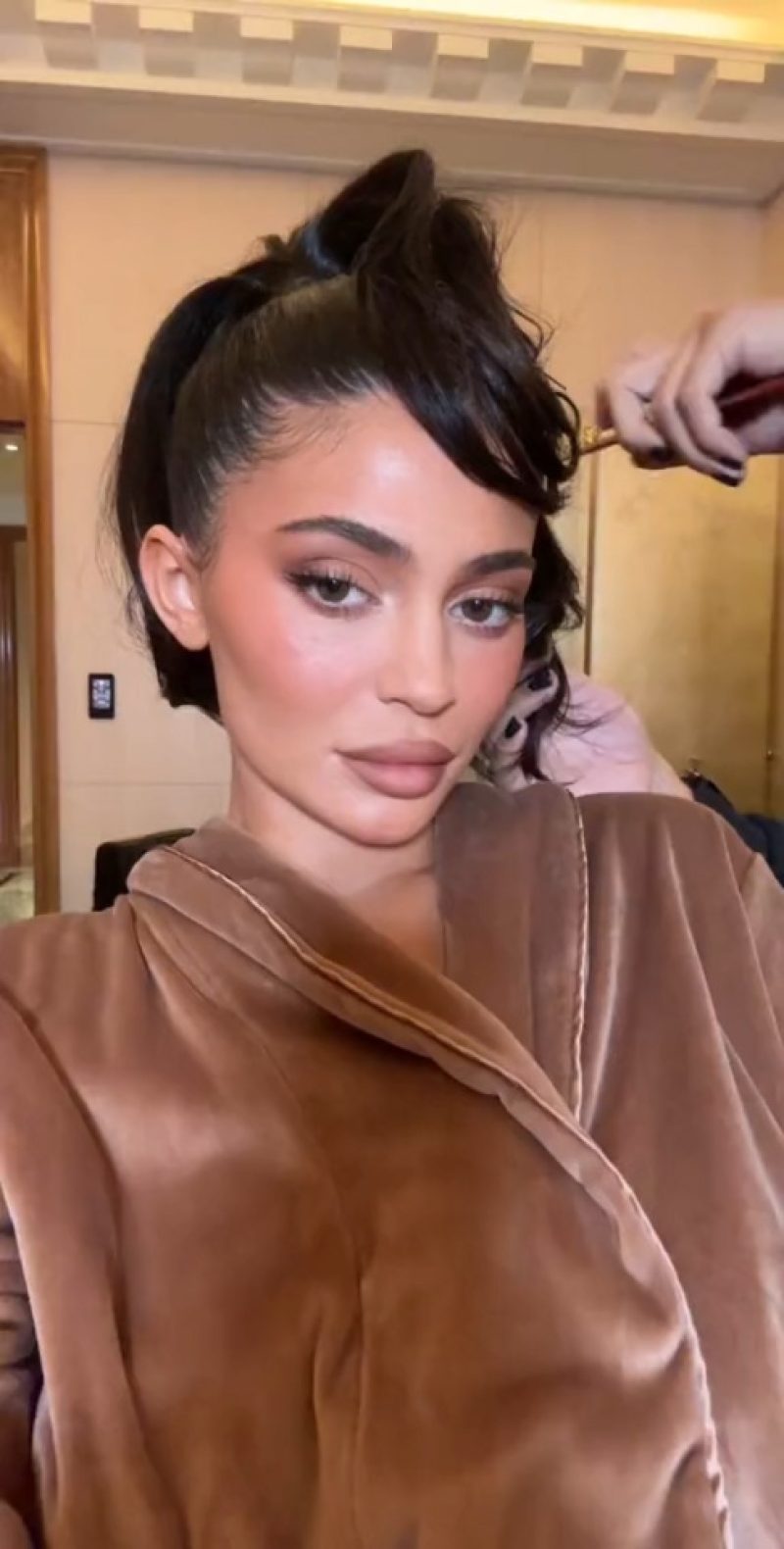 KARDASHIAN fans have expressed they think Kylie Jenner has secretly undergone plastic surgery after her appearance in a new TikTok.

The Hulu star posted a video of herself getting glammed up before the Schiaparelli Haute Couture show.

Kylie, 25, sang along to the Keyshia Cole song Let It Go as her makeup was applied for the Paris Fashion Week show.

The Keeping Up With the Kardashians alum lipsynced the lyrics, “I don’t want your man because I got it like that,” prompting fans to praise the newly-single TV personality in the video’s comment section.

One person wrote: “Kylie in her single era.”

Another fan commented: “Travis crying and throwing up rn.”

A third commenter joked: “I’m starting to not want my man too,” as if inspired by the makeup mogul’s new relationship status.

While a fourth person stated: “Why does she look so different? Still pretty.”

On a popular Kardashian-dedicated Reddit board fans were having a similar discussion, speculating on the reasons behind Kylie’s change in appearance.

A second fan wrote: “Kylie should’ve stopped at lip fillers. Rest, she didn’t need it at all. She’s a natural beauty and she actually looks way better without makeup.”

While another Redditor added: “Kylie was a naturally gorgeous girl. So was Khloe.”

They continued: “They jumped on the bandwagon with these fillers, with what seemed like the intention to look more like Kim.”

Kylie’s older sister Kim Kardashian, 42, seemed to have influenced many of Kylie’s fashion choices over the past week.

Whether using the ongoing Paris Fashion Week or those attended by Kim in the past as an example, the makeup mogul has appeared to draw inspiration from, if not downright copy, her sister’s previous fashion looks.

The Kardashians star recently wore an electric-blue Givenchy gown, which she paired with the controversy-begetting Givenchy noose-shaped neckless, and a pair of pink boots.

Kylie’s Maison Margiela bra, which she wore underneath a baby doll dress when she walked the runway for the high-fashion brand, was nearly the same shape and nude color as the bra Kim donned for Fergie’s M.I.L.F. $ music video.

Kim seemed to be aware of Kylie’s penchant for copying her style when she accused her younger sister of “coming for her throne.”

Earlier this week, Kardashian fans voiced that Kylie looks like she has ‘aged 15 years’ after seeing unedited photos of her in Paris.

The mom-of-two wore a skintight black dress with a giant lion’s head attached to it.

The incredibly lifelike male lion head, complete with a full mane, was sewn onto the bodice of Kylie’s dress and she completed her outfit with a black and gold croc-skin bag.

However, despite the shocking addition to her black gown, many fans were more interested in the Kardashian star’s face.

“How is that possible when she looks terrible without altering the photos? this woman is 25 years old, so pitiful,” they added.

Others quickly commented on the thread as one person said: “Omg this comparison is crazy lol she’s aged like 15 years.”

Someone else wrote: “That’s very sad, actually. She was such a pretty girl,” while a third said: “I’ll never get over how Kylie ruined her otherwise gorgeous face she looked stunning after a few tweaks, the rest went downhill fast.”

A fourth fan commented: “I wish she would just stop, like we would all celebrate if she stopped,” while another simply added: “25 ?!! Wooow.”

A different Reddit user wrote: “What’s also really sad is she doesn’t even look good in the edited photo because of all those fillers and work she’s had done. Sad.”

Someone else begged: “Leave your face alone Kylie! you’re just making it worse!!!”

Another person claimed: “It blows my mind the fact that this chick is only 25 years of age. Me at 25, I was at the start of my prime. I had a babyyy face.

“She never gave her body, her face a chance to develop into real adult womanhood. Like at allll,” they added.

Earlier this month, fans mocked Kylie after she confessed to “face-tuning” her photos following mishaps.

The star has repeatedly been accused of “photoshopping” fails but has not come clean about her editing in the past.

Kylie addressed her photo editing in an interview, which made its way onto TikTok.

The video was shared on a Kardashian online forum, where fans ripped the star over her confession.

Kylie has been called out for her use of photoshop several times through the years.

InstagramIn response to the TikTok video, a Kylie Jenner fan questioned ‘Why does she look so different?’[/caption]

Instagram / Kylie JennerKylie has been accused by fans, and by her sister, of attempting to copy the Skims founder[/caption]

PrevPreviousLance Kerwin dead at 62: James at 16 star who became a teen heartthrob in coming-of-age role passes away
NextWho is Angie Katsanevas from RHOSLC?Next