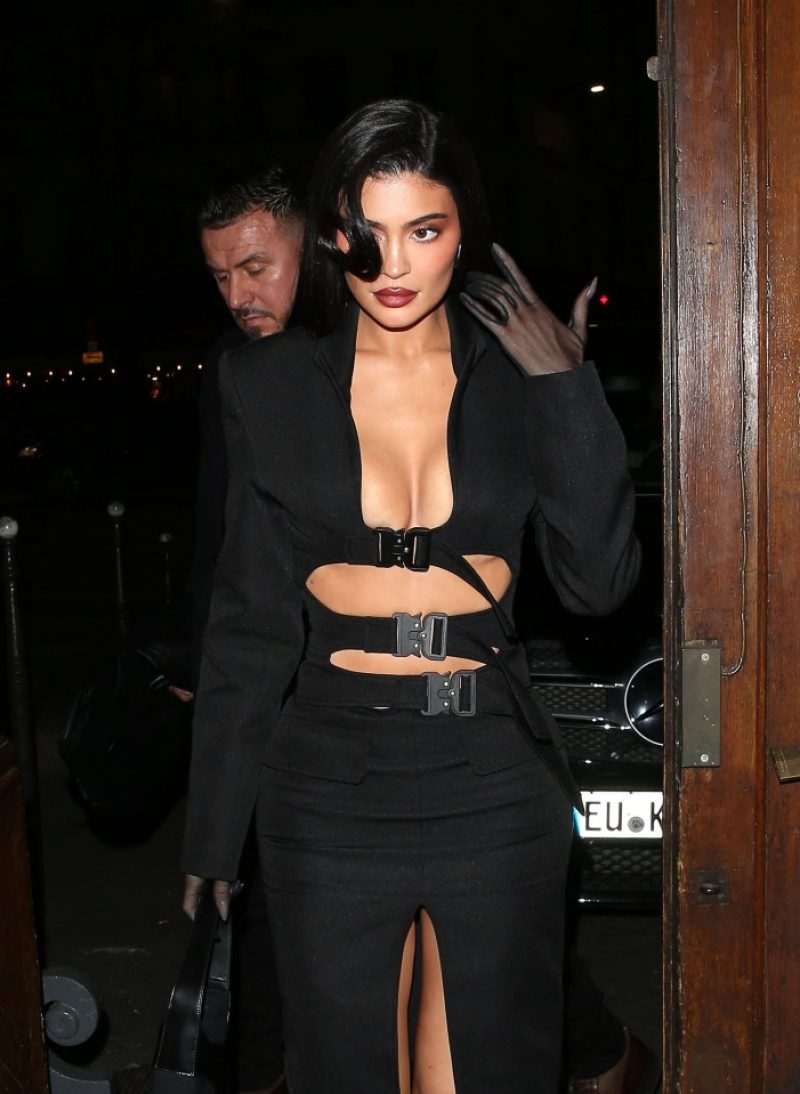 KYLIE Jenner’s fans are convinced she’s “hiding something” after spotting her unique new hairstyle in Paris.

The 25-year-old sparked confusion when she styled her hair in an updo with coiffed bangs in the French capital.

Kylie wowed in a black corset-style top teamed with a pencil skirt and leather boots on Tuesday night.

She completed her outfit with sheer black gloves and vampy, dark red lipstick.

However, some fans were baffled by her new “bangs,” which swooped elaborately over one side of her face in a wet-look curl.

One wrote on Reddit: “I love the look – but I want to know what she’s hiding on her forehead.

“I’ve noticed that if her hair is up she’ll style it with either a really awkward gelled down swoop or bangs.

“I noticed because she’s been looking great but sometimes the hair just has me questioning ‘why?’”

Another posted: “She looks incredible, but if that was the hairstyle I had gone with, the bang would be off my face in a heartbeat.”

A third was more focused on Kylie’s tight outfit, commenting: “That looks uncomfortable.”

Kylie jetted to Paris over the weekend for the French capital’s annual Fashion Week.

She went for a bold look on Sunday, rocking a blue minidress with a fur-trimmed coat at the Maison Margiela show.

She was slammed on Monday for posing with a huge lion’s head at a runway show.

Kylie had a fake cut-off head attached to her black strapless dress at the Schiaparelli Haute Couture show on Monday.

While the mother-of-two was clearly happy with her controversial look, critics online slammed her outfit as “cruel” and “twisted.”

Kylie clapped back at the outrage on Instagram, insisting the lion is “fake” and “art.”

“BEAUTY AND THE BEAST. thank you @danielroseberry  and @schiaparelli for such a special morning,” she wrote, while sharing photos of her look.

Meanwhile, Kylie sent fans wild over the weekend when she finally revealed that her baby son’s name is Aire and showed his face.

The Hulu star kept his name a secret for 11 months.

She shared several photos of her and Aire’s cute home life on Instagram.

She shares Aire and her daughter Stormi, four, with her ex Travis Scott.