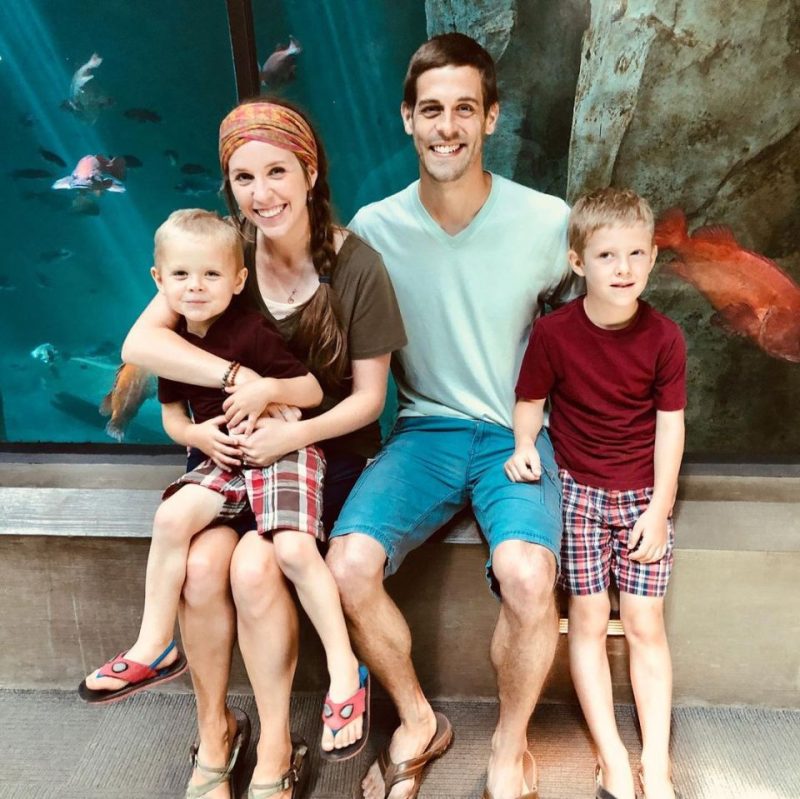 JILL Duggar has given fans a rare inside look at her new Arkansas home.

The former Counting On star shared a photo of her living room on social media.

Within the living room are what look to be a pair of comfy leather couches.

Each are adorned with decorative throw pillows. One of the pillows urges users to “Be Happy.”

An end table between the couches holds a flower vase and a framed personal message.

Through the open window, fans could get a glimpse of Jill’s backyard.

A brown fence enclosed the home, which didn’t look to have any grass growing.

In the caption, Jill commented on the coming cold.

“Waiting on some winter weather that’s supposed to come our way today!” she exclaimed. “We don’t usually get a ton of snow in our area (more ice usually than snow) so when we do, it can be a bit nice as long as we don’t have to be out driving in it.”

She then asked followers what are their favorite winter foods and activities, while also sharing some of her own.

“I usually love baking when the snow starts…right now I’m sipping some tea and the kids are excited for the snow and sledding!”

Jill seems to be settling into her new home just fine.

She and husband Derick Dillard moved into the $385 thousand home just last year.

At the time, Jill posted some pics from inside house, displaying the before and afters of several of the rooms.

She first showed the kitchen, its cabinets repainted from the original wood to a gleaming white.

Two bedrooms were seen before the remodel, one with a dark blue accent wall and the other with a maroon.

After the remodel, both rooms were repainted with a more subtle “Sherwin Williams White Duck.”

Jill captioned the post: “We are so excited to show y’all a sneak peek of our new house!! We knew we wanted to make a few changes to the new place to update it + add some personal touches, so we scouted around and found someone to help us!”

She continued: “We are so happy with how everything turned out!!”

They may have just moved in, but Jill seems to have packed some old dirty habits to take with her.

Earlier this month, the mother-of-three let her son Israel scribble on the windows with a brown marker.

In photos, the seven-year-old admired his writing of the word “through” in cursive.

In the second snap, the youngster erased another word he etched on the window with a tissue.

Jill explained the act in her caption: “We like to try and make learning fun when we can! We write on the windows with dry erase markers sometimes to reinforce concepts!”

The first grader was in the middle of a homeschool session, despite the mother-of-three enrolling her son in a public school in August 2020.

Jill has been straying from her family’s strict conservative ways – including homeschooling her children.

She’s also rebelled against other rules set forth by her parents, Jim Bob, 57, and Michelle, 56, including defying their dress code and even piercing her nose.