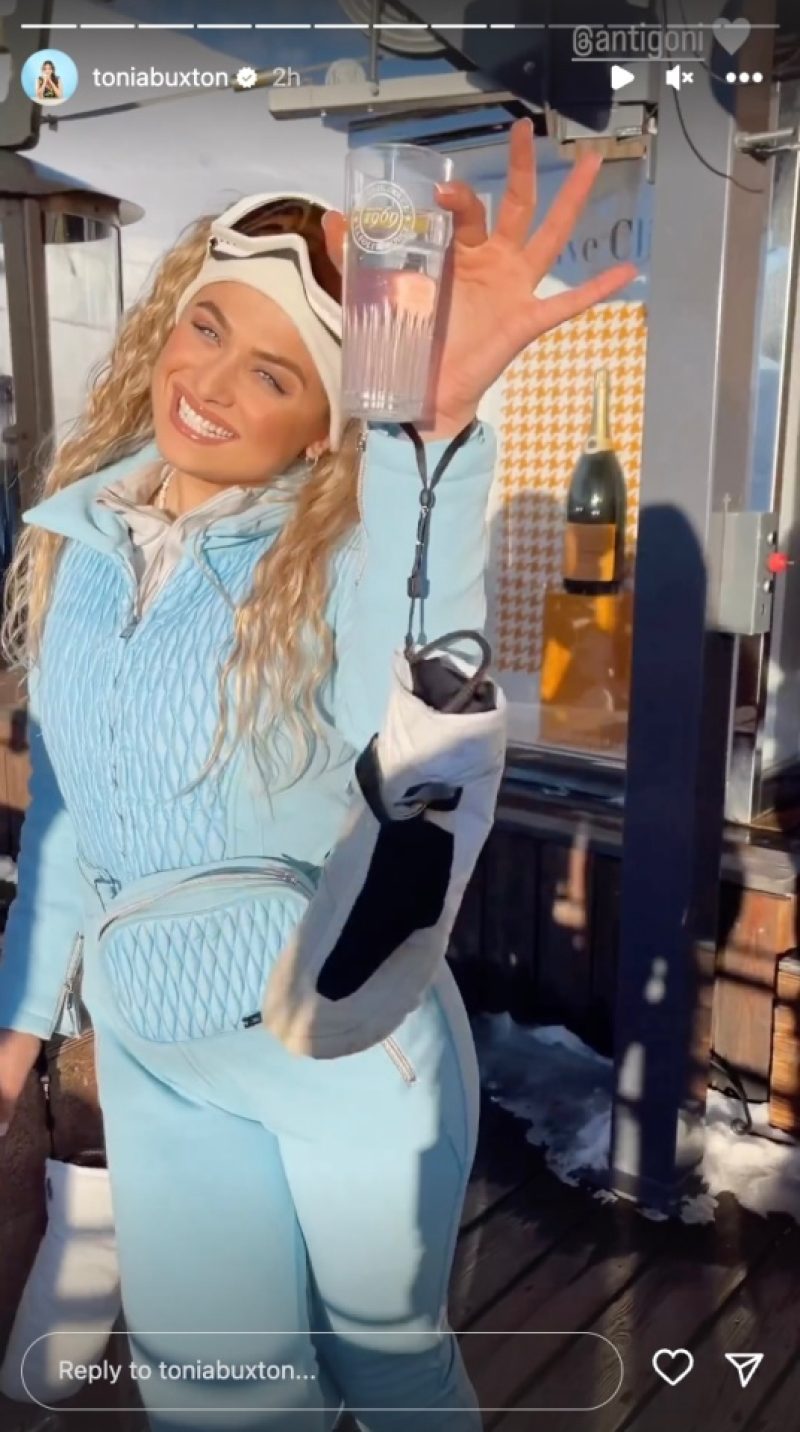 LOVE Island’s Antigoni Buxton has sacked off the cold English weather for a far more luxury destination in the French Alps.

The singer and model joined forces with her family, including famous mum Tonia Buxton, for some rest, relaxation and music in the sunny and snowy Courchevel in France.

The entire family were present and correct for the trip, with the group wrapping up in their skiing gear as they hit the slopes, before looking nice and snug in bathrobes to warm up once they got back to their cabin.

The luxury resort also had hot tubs and places to relax – perfect wind down compared to the dreary British cold snap.

Joined by sister Sophia and brothers Zephyros and Zeno Buxton, the full family gathering including day drinking and dancing to club music with the other revellers.

At one point mum Tonia got up on a table and was cheered on by partygoers.

Keeping themselves cosy with coffee, Antigoni revealed she was gifted with a small silver canister to stock up on cinnamon – something she told the camera she’s “obsessed” with as she held the keyring sized screw top container.

She then unscrewed it and poured the spice over her coffee to give it an extra kick.

However, Antigoni later was left in fits of laughter as followers informed her that, rather than be a spice stash, the keyrings are what many people use to discreetly carry around drugs.

Laughing off the moment as she lay in bed afterwards, she quickly corrected followers and insisted she doesn’t do drugs.

“For everybody who’s saying ‘Oh my God that keyring’s not [for spices], it’s for ket, it’s for coke… I know! It came with some little ket spoon,” she said.

“Thing is though I don’t do them tings, I use it for cinnamon, but I get it, I know what people use them for. But it’s just cinnamon!”

Unfortunately not everyone was having such a happy trip, with youngest brother Zeno ending up needing an operation after an accident.

He was later taken by his mum to hospital for an operation after breaking his shin and ankle.

InstagramAntigoni later cringes as fans told her her “seasoning container” was normally used for drugs.[/caption]

PrevPreviousWho was Randy Gonzalez and what was his cause of death?
NextKylie Jenner grabs her own boobs as she spills out of skintight corset gown in sexy new photos from Paris Fashion WeekNext