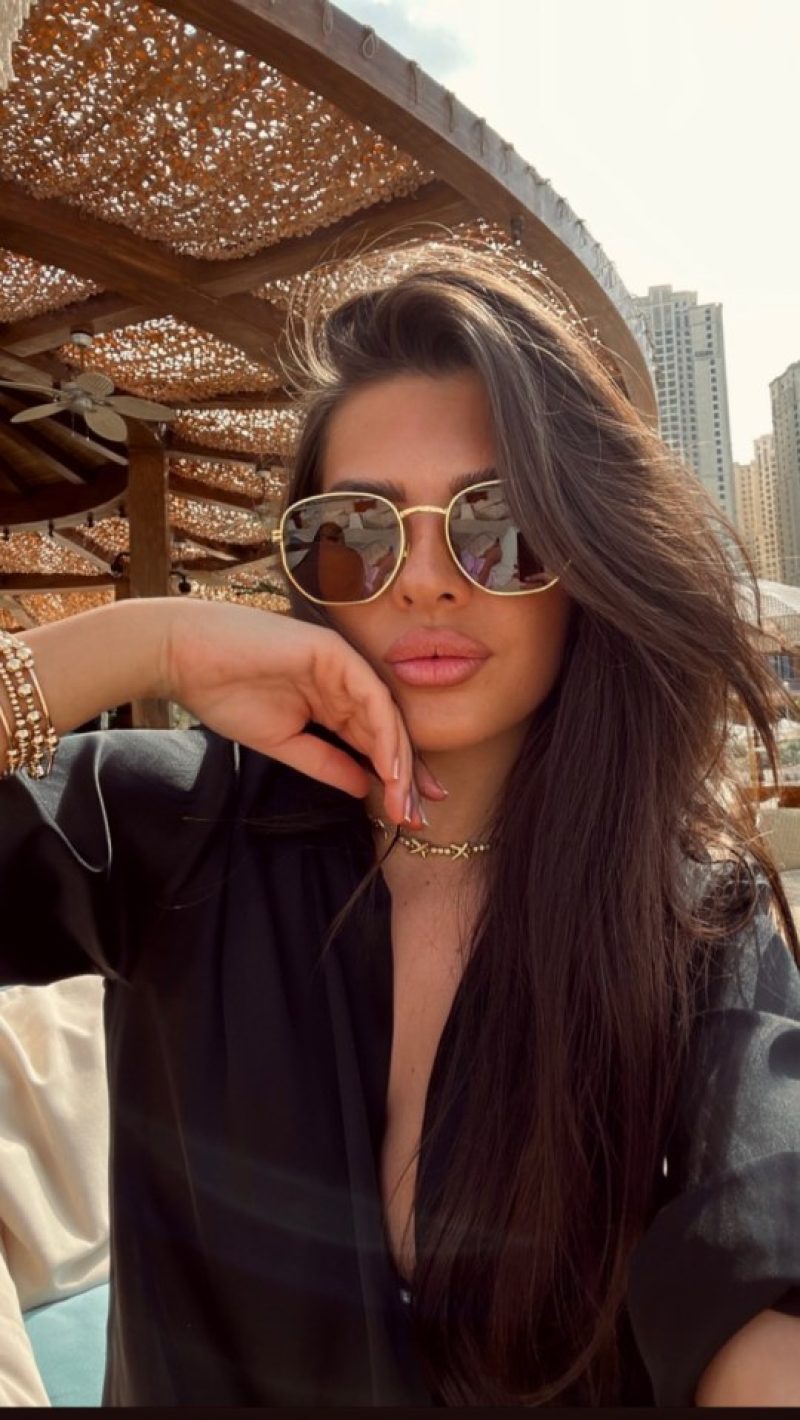 LOVE ISLAND runner up Gemma Owen has treated herself to a luxury holiday in Dubai.

The former reality TV star has escaped the UK in favour of a sun-filled break in the popular tourist hotspot.

Gemma, 19, took to her social media to give fans a glimpse of her plush getaway.

She showed off the details of her holiday on her Instagram story, first posting a picture of the Emirates logo in the airport lounge.

The media personality then shared a few more snaps of the location.

Gemma first posted a snap of her beach view with the famous Ain Dubai landmark wheel in the background.

She looked relaxed in an oversized black shirt as she smouldered at the camera, covering her eyes with gold rimmed sunglasses.

The reality star wore her chocolate brown hair in a relaxed wave whilst pouting her plumped lips with a thick pink gloss.

She further accessorised the look with gold bangles on her wrist and and a gold starfish necklace.

Later on she also gave her followers a glimpse at her luxury accomodation.

Gemma posted another story of her swanky wood panelled bedroom, which looks like she could be staying at the Ritz Carlton at Jumeirah Beach.

A standard room at the beachside resort starts at over £550 per night at the five star hotel.

This is her first break since splitting with her fellow Love Island co-star, 23-year-old former fishmonger Luca Bish.

PrevPreviousGMA fans go wild as Ginger Zee shows off her long legs in sexy pink minidress after she claps back at body-shamers
NextTeen Mom’s Coach B gives update on Amber Portwood’s mental health battle after star loses custody of son James, 4Next