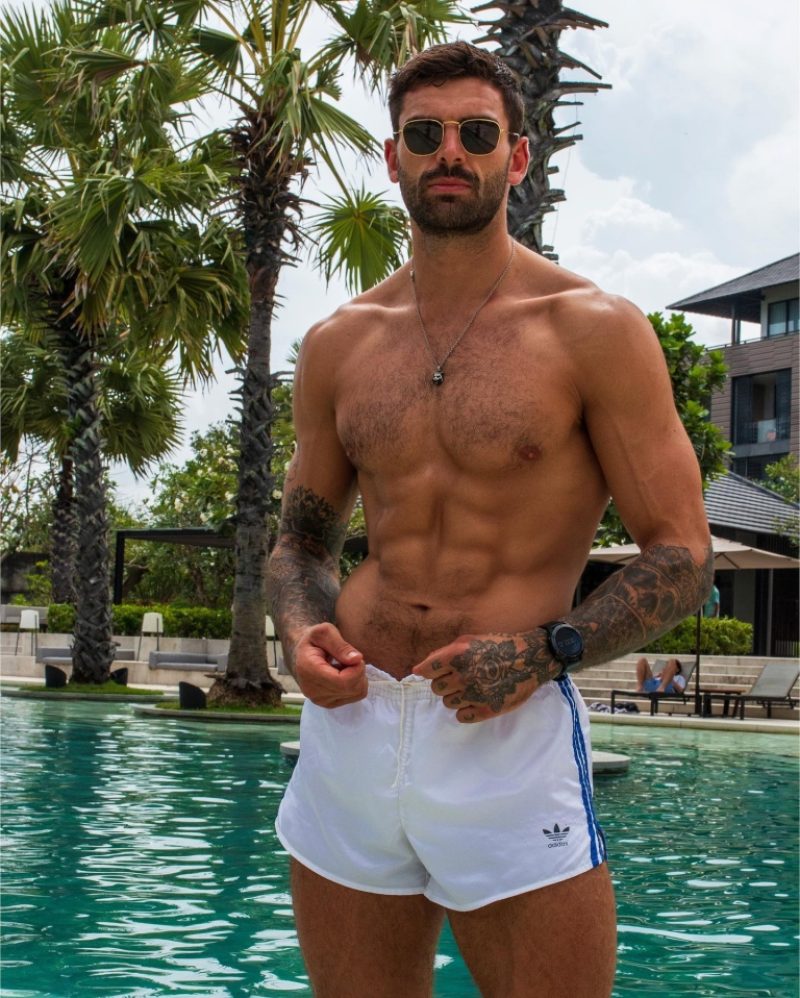 The 27-year-old is convinced the beds are closer together in the latest series – to put off Islanders.

Adam made Love Island history as the first star to return as a bombshell to enter the villa for a second time.

During his series four stint, heartthrob Adam got intimate under the covers with Rosie Williams.

Despite the Welsh star, 31, insisting she would remain celibate for the sake of her legal career, she performed a sex act on Adam making them the first couple of the series to go further than a kiss.

“There was a lot more activity in series four,” said Adam in an exclusive interview with The Sun.

“Out of my two experiences in the villa, there wasn’t a lot going on in series eight.

“The beds seem closer so that might shut people down a little bit.

“You’d think the first [to have sex] would be a couple set in stone, but then again Gemma [Owen] and Luca [Bish] were good as gold – much to Luca’s annoyance.”

Love Island has undergone a dramatic overhaul since its launch in 2015.

Back then, Islanders could drink unlimited alcohol and smoke on-screen.

There was also more bedroom activity shown to viewers.

But the latest figures suggest it’s now watched by 1.2 million 16-34-year-olds, leading producers to tone down its content.

“ITV and Love Island have done a really good of realising it’s turned into a family show,” Adam explained.

“Kids are staying up late to watch and all children have an iPhone now so can watch it on Twitter the next day.

“They’ve made it family-proof where you get the element of them being a strong and intimate couple, but not seeing too much where you wouldn’t want your kids to watch.

“I’ve got two little sisters and I wouldn’t want them seeing that.”

The 27-year-old made it to the final week of series eight with co-star Paige after entering as a bombshell four years on from being on the show.

He turned the Welsh paramedic’s head while she was coupled up with Jacques O’Neill who later walked out the villa.

Adam made her his girlfriend soon after leaving the show – but split months later.

Paige, 25, blamed a string of videos online showing Adam chatting with his arms around girls at nightclubs.

It was his second relationship to break down after the show, following his split from ex Zara after eight months.

Opening up on his break-up with Paige in detail for the first time, Adam said: “It could have worked, but a seven-hour distance between Newcastle and Swansea definitely puts a lot of pressure on you.

“If you’d asked me when I came off Love Island if I was ready to settle down with Paige, then I would have said yes, but I learnt we’re just different people.

“You don’t really realise in the villa that you can have someone who is perfect for you in that scenario, but then when you come out you can just live different lives.

“I’m very work-driven. I’m not saying she isn’t at all. We just live completely separate lives.

“She’s a paramedic and I want her to do really really well with that. She will do amazing with that because that’s what she loves, but I just love different things.”

For now, Adam is happy concentrating on his gym businesses and is also in training to do a triathlon after signing up to Ironman to raise money for Marie Curie UK.

“I would love to meet the girl of my dreams, but right now I’m not looking for them,” he says.

“The Paige thing was such a big thing in my life and in her life that I probably need a little bit out of time out.

“I am really a hopeless romantic at heart. I do actually think there’s a a person for everyone who makes them not look for anyone else and be completely head over heels.

“I still do believe in soulmates. Maybe I’ve watched too many films.”

PrevPreviousI’ve no regrets about my Love Island exes – I’m still a hopeless romantic and my soulmate’s out there, says Adam Collard
NextWho is Jen Shah from RHOSLC?Next