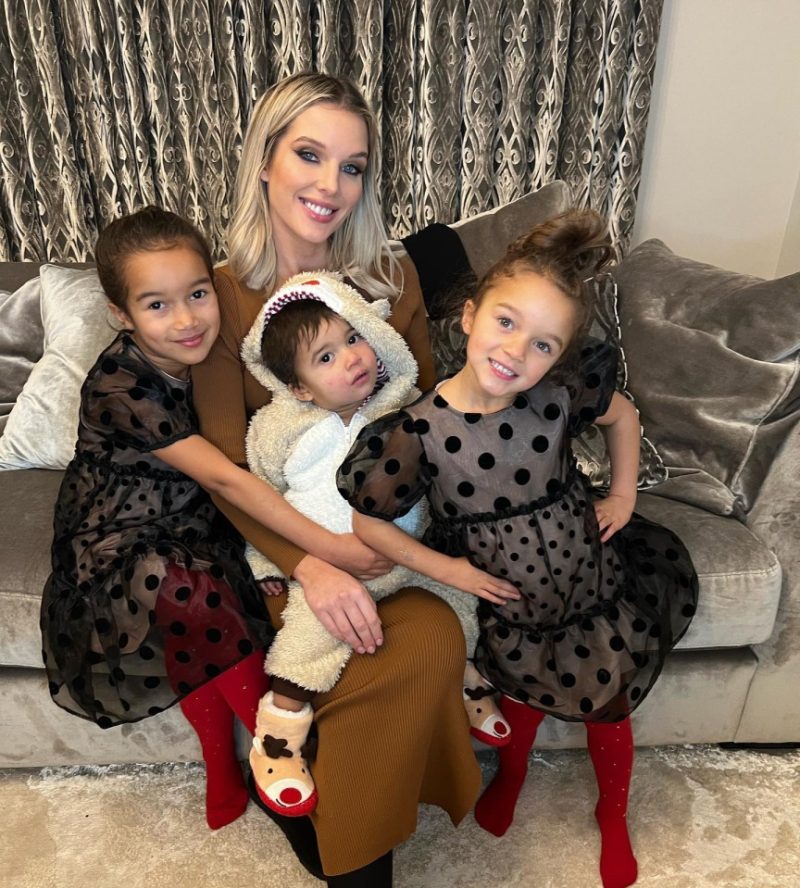 HELEN Flanagan has reassured her fans that she gets stressed looking after her kids, just like the rest of us.

The 32-year-old admitted she will sometimes shout at her children, who she shares with ex Scott Sinclair, but feels “awful” afterwards.

InstagramThe star opened up about parenting[/caption]

Helen and footy star Scott are parents to Matilda, seven, Delilah, four, and Charlie, one.

Quizzed by her fans about if she does ever get stressed, she replied: “Er…all the time… I sometimes get so so stressed.

“I love them so much, they are my world. Sometimes I shout which makes me feel awful and I always say sorry if I do which I think is important.

“I tell them how much I love them, one thing a day htye have done a day that makes me proud.”

She added: “Being a mum is amazing but just really hard. I suppose you can just do your best.”

Helen has undergone a bit of a transformation following her split from Scott.

She recently had a boob job, at Manchester’s Pall Mall clinic, in a bid to feel “more confident” after going from an E-Cup to a B-Cup, and claiming her boobs were “saggy.”

And Helen had her lips topped up, telling her fans: “I’ve actually got really big lips but I’ve had filler in my top lip. My bottom lip is naturally really full, my top lip was noticeably much smaller so I’ve had some filler in it.

“When it comes to aesthetics, Botox, obviously I don’t think you should be doing anything when you’re too young, but I’m 32, so obviously I have Botox and that’s my choice, and I support women in whatever decisions they choose to make.”