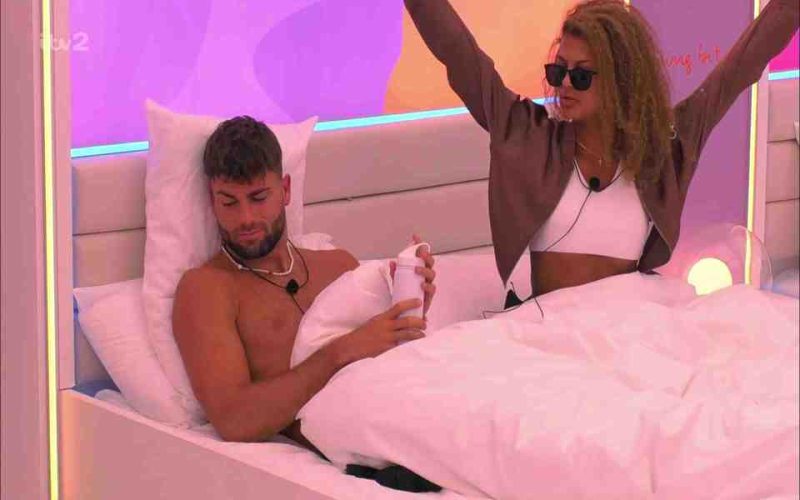 The first bombshells of the series struck up a romance quickly in the opening days of the ITV2 competition.

But viewers think that, after she rowed with Oliva Hawkins, Tom, 23, is starting to rethink the idea of a romance with the model.

Last night, Zara, 25, and Olivia, 27, came to blows after the boxing ring girl pulled the Macclesfield striker for a chat.

Aftern a heated discussion between the pair, Zara and Tom sat down on the daybeds to discuss the situation, where the West London model looked displeased.

Tom admitted that he apologised to Olivia for any offence caused, but as he did so, Zara got heated and accused the footballer for “apologising for no reason.”

Zara said: “She’s making it seem like I’m stealing her man, this is jarring Tom.”

The aspiring actress insisted: “I thought it isn’t a triange and I’m not on it.”

But as Tom sat there whilst his potential partner and tried his best to quash her fears as went on with her point, fans started tio speculate whether his heart was truly in it.

One fan wrote: “When Zara said “BRUV” it gave Tom the ick.”

Another said: “I think Tom’s getting ick Zara needs to be careful.”

Whilst a fourth viewer explained: “Think Tom has the ick from both of them tbh.”