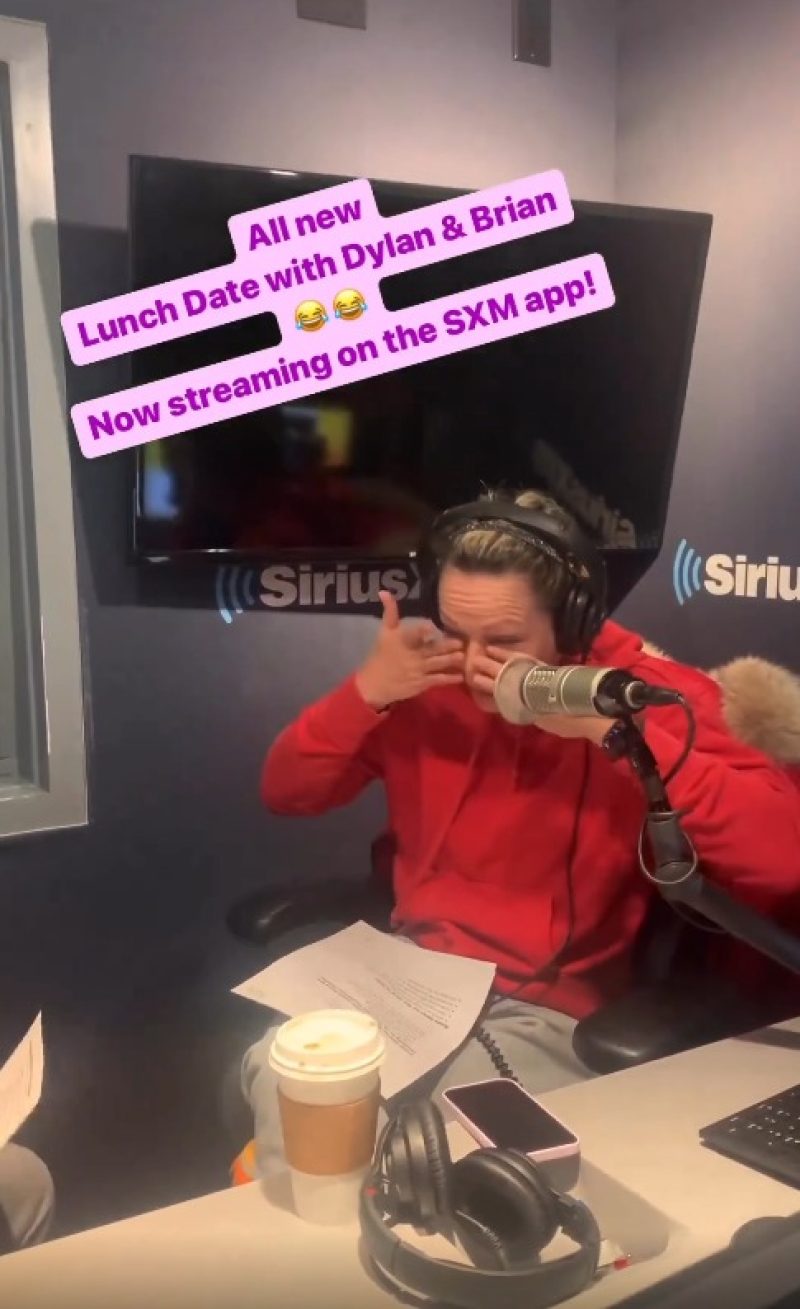 TODAY star Dylan Dreyer had to wipe away tears during a hilarious moment on her radio show.

The meteorologist and her husband Brian Fichera recently recorded an episode of their program Lunch Date.

The pair chatted about golf and food, but they were left in fits of laughter when talking about the word “spatchcock.”

Cooks may “spatchcock” or split open a chicken or turkey so it roasts faster.

Dreyer was crying and said: “I’m pretty sure coffee is coming out of my eyeballs.”

She then explained to viewers what spatchcocked meant, adding: “It means to flatten it.”

Fans said they wanted to be a “third wheel” on a lunch date with the pair following the hilarious exchange.

One described the episode as “super funny” while another added: “I love these two so much.”

Listeners can tune into Lunch Date with Dylan and Brian on Sirius XM.

It comes after the morning show presenter recently took part in the Hilton Grand Vacations Tournament of Champions that was recently held in Florida.

The competition aired on Golf Channel – which is owned by NBC’s Sports Group – as well as NBC.

Fichera, a cameraman, acted as her caddy in the competition – which ran from Thursday to Sunday.

Dreyer told Hello! that her husband is her “biggest fan” and said it’s “really fun for him” to be the caddy.

She said: “If I make a good shot, he’s the first to jump up and down for me.

“He’s the perfect caddy because he’s in my head and he gets my mind right.”

In June, Dreyer told Today.com that golf was the activity the pair do together.

She said: “Golf is the thing we do together. We have a couple of drinks, we laugh.

“We remember why we fell in love. “Then we go home and it’s right back to family.”

The tournament saw 50 golfers from the Ladies Professional Golf Association compete alongside A-listers from the music, entertainment, and sports industries.

But, during the competition, fans told Dreyer to watch out for alligators that may be lurking in the water.

She shared a video that captured one of her favorite shots that she pulled off during the competition.

She expertly hit the ball away from the water and across the green, laughing at the camera after taking her shot.

Dreyer was thrilled about her shot, but fans appeared to show concern.

One commented: “Watch out for gators, we have a saying here in Florida, if there is water most likely there is a gator in it.”

Another warned, “Yikes! Watch for alligators!” and a third added: “It looks like that ball was very close to a gator.”

Dreyer’s time in Florida was the first time in years that she and her husband had been away without their three kids.

She told Hello! that she didn’t want to pull them out of school.