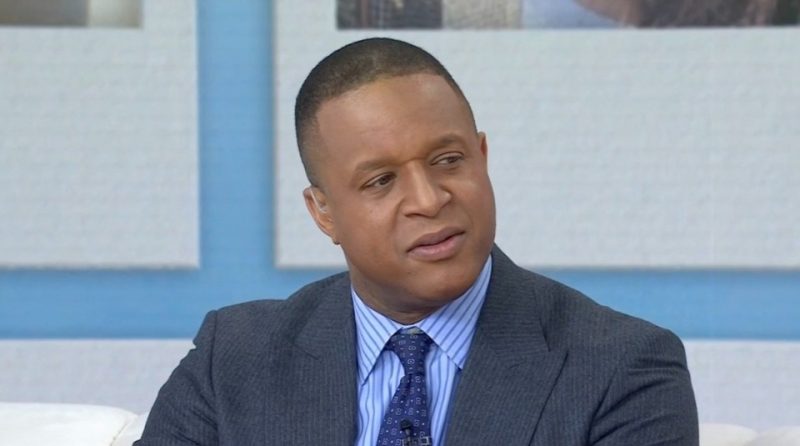 Ali, 48, has revealed she struggled with being overweight and obese since she was young.

She shared her experience with Today to express that it is an individual situation for those struggling but fans believe Melvin seemed to be discomforted on the topic.

The 5’9 author, former model, and activist used to be over 300 pounds at one point.

A clip from when Ali was young was played on the show of her expressing how she felt even at that age.

“I was getting a little bit too heavy and I got fed up with it because I was always the last one to be picked and things like that,” she said.

Following the clip, Melvin sat crunched up with his hands crossed around his knees.

“Why did Craig Melvin look so uncomfortable when Khaliah Ali shared her Health Journey?” one Instagram user asked under a picture of the group together shared by Al Roker.

During the segment, Roker asked: “Your father is considered the epitome of physical perfection, how did that ‘no pun intended’ weigh on you?”

Ali responded: “It definitely was difficult, ya know, oftentimes in my life when I realized my weight exceeded his fighting weight … was often very difficult.

“But ya know what Al, it was also made very easy by the fact that my father always instilled in me a sense of pride and beauty and always reaffirmed to me how beautiful I was in his eyes.”

Ali emphasized that she believes it is an individual situation and spoke about how she used surgeries along with diet and exercise to achieve her weight loss.

Melvin questioned her about getting surgeries and asked: “And at some point, you did turn to surgeries you mentioned, how often?”

Khaliah admitted she had “quite a few surgeries” and insisted that it was just part of her journey.

She did add that she believes, “No matter which path you choose whether it’s diet and exercise or surgery no one can outrun lack of moving and healthy diet, and then again it really is an individual thing.”

Host Sheinelle Jones also asked Ali how she balances knowing you need to lose weight and still loving herself considering “there are probably people watching who have been dealing with it like you since they were little.”

“I think we need to keep our children active and I think we have to do the best we can with our resources to keep them healthy and fit,” Ali said.

Ali ended her appearance on the show by explaining “it is not a sprint it’s a marathon. That’s it. This is a lifelong marathon and battle.”