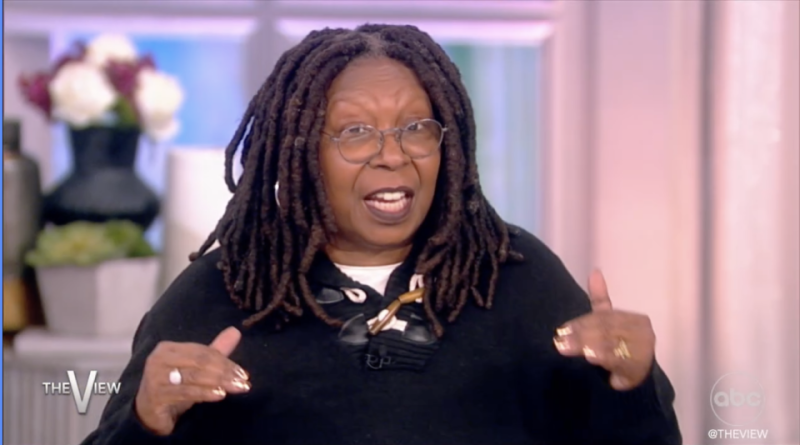 THE View host Whoopi Goldberg has blatantly ignored the morning show’s producer’s request as she went on to make her point in today’s episode.

During a heated discussion on Monday’s broadcast of The View, Whoopi, 67, continued to express her point despite show producers cueing her to stop commenting.

On today’s episode of the Emmy-winning talk show, The View panelists got on the subject of President Joe Biden’s, 80, classified document scandal.

Recently the Head of State made headlines after several classified government documents were found in his possession at his private home and office.

Since the morning show is known to tackle tough topics, the co-anchors wasted no time giving their opinions about the Commander-in-Chief’s current controversy.

“I’m going to say this again. I think that it really will depend on what’s in those boxes, because if in-fact Presidents have the ability to declassify things than you know…,” Whoopi began.

“…The problem for me is I want us to wait and get all the information and know what we’re talking about, you know.”

As she was giving her perspective, show co-host Sunny Hostin, 54, interjected, which prompted the EGOT-winner to clarify that her views on the matter was just what she believed.

“This is what I think. This is just me saying, [President] Joe didn’t say it, Whoopi said it,” the comedian continued before segueing to commercial break.

The entire time that Whoopi spoke, producers allowed music to play in the background, attempting to prompt the TV personality to quit talking.

Those in charge behind-the-scenes of The View deciding to chomp down on Whoopi’s talking time could be because of past inflammatory remarks she’s made during heated discussions on the show.

During a discussion about the anti-Nazi graphic novel Maus, Whoopi claimed that the Holocaust was not “about race” but “white on white” violence and “man’s inhumanity to man.”

More recently, in her interview with The Times, Whoopi raised the topic again and alluded that Jewish people themselves are divided about whether they are a race or a religion.

“My best friend said, ‘Not for nothing is there no box on the census for the Jewish race. So that leads me to believe that we’re probably not a race’,” she said.

When the interviewer pointed out that Nazis saw Jews as a race, Whoopi responded: “Yes, but that’s the killer, isn’t it? The oppressor is telling you what you are. Why are you believing them? They’re Nazis. Why believe what they’re saying?”

When she was told that Nazis used to measure the heads and noses of Jews to “prove” they were a distinct race, Whoopi continued: “They did that to black people too. But it doesn’t change the fact that you could not tell a Jew on a street.

“You could find me. You couldn’t find them. That was the point I was making. But you would have thought that I’d taken a big old stinky dump on the table, butt naked,” she added.