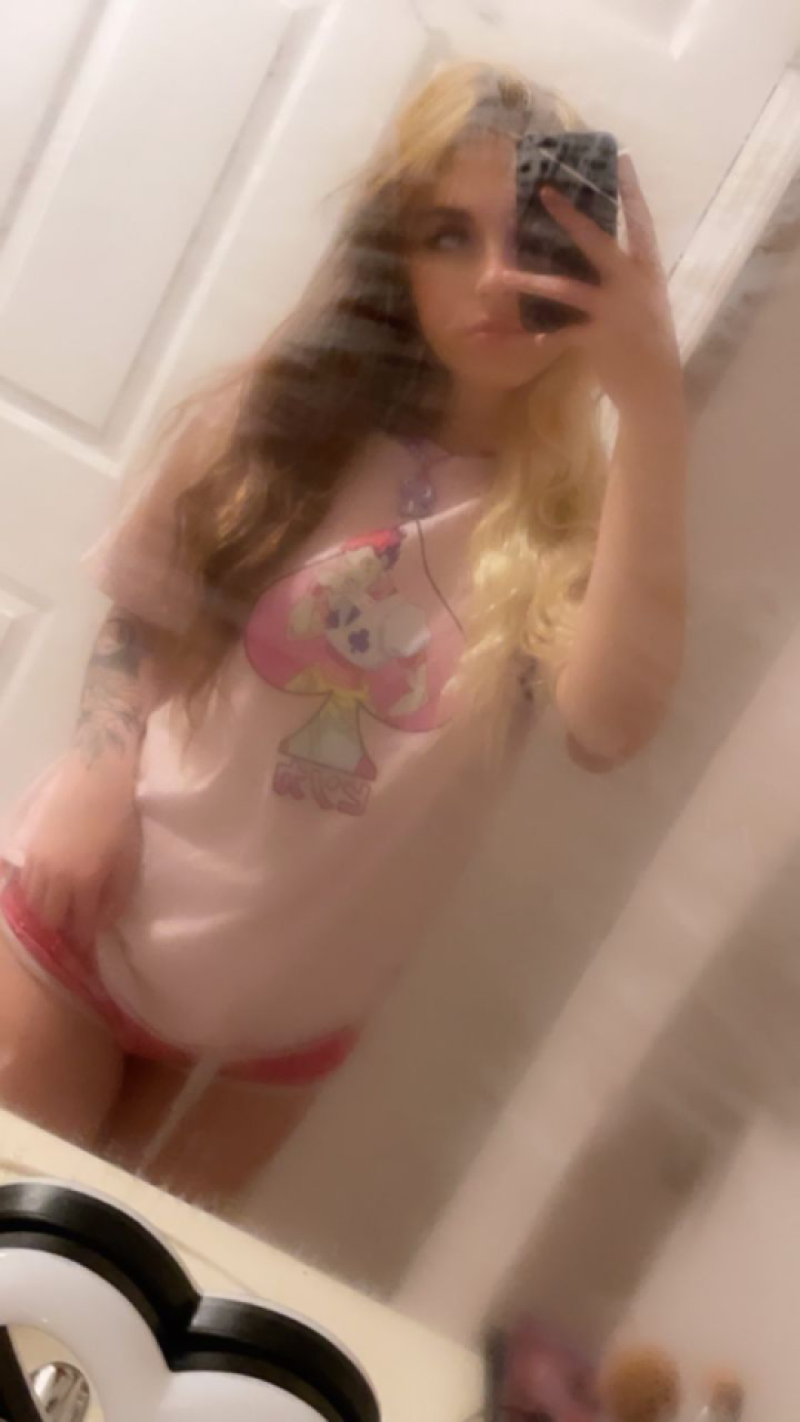 RACHEL Beaver has flaunted her figure in just pink underwear and a tee shirt for a sexy new bathroom selfie.

The Teen Mom: Young & Pregnant star has been showing off her sultry side in photos on social media.

Now Rachel, 20, has added to the collection with a new snap shared on her Instagram Stories.

The reality star took to the platform on Monday night to post a picture of herself in her pink underwear.

Rachel showed off her arm tattoos and her foggy bathroom mirror and left the photo captionless.

The mother of one frequently shows off her raunchy side since she launched her OnlyFans.

Posting to TikTok earlier this month, Rachel wore one of her sexiest outfits yet.

She slipped into a black crop top with a zip-front neckline.

Dancing to Give It To Me by Timbaland, she then spun the camera to the bathroom mirror.

In the reflection, she revealed her purple plaid mini skirt.

Rachel was wearing heavy-winged eyeliner to complete the emo look.

She zoomed in as she leaned her hips from side to side and showed off her glossy lips.

It’s not the first time recently that Rachel has treated her social media followers to some racy content.

Ahead of the new year, she donned some seriously skimpy lingerie for a selfie shoot in her bedroom.

She struck a variety of sultry poses for her 129,000 Instagram followers.

“Make them stop and stare,” Rachel wrote in the caption.

Since quitting Teen Mom in August, the young star has turned to NSFW subscription site OnlyFans.

Explaining her reasons for leaving reality TV, she told her followers: “My mental health is/will always be more important than money.”

Rachel is also busy raising her three-year-old daughter Hazalee as a single mom.

The little girl’s dad, Drew Brooks, is on probation for a reckless aggravated assault charge.

Drew has been absent from his daughter’s life and he has only seen her a handful of times on the MTV show.

On a previous season of Teen Mom: Young and Pregnant, Rachel told her ex she no longer wanted him involved because he is “constantly in and out of trouble.”

From her social media posts, it appears the Tennessee native is currently single following her split from her boyfriend Noah last year.

The 20-year-old ditched her bra as she posed in her new steamy Instagram photos.

The Teen Mom: Young & Pregnant alum donned a nude-colored dress as she pulled at the strands of her hair.

While showing off her cleavage, Rachel puckered her lips and pouted at the camera.

The dress appeared to be slipping off as she celebrated the “new year.”

PrevPreviousTom has ‘the ick’ with Love Island bombshell Zara after Olivia row, say fans
NextTom accused of ‘playing Olivia and Zara’ as Love Island fans claim he doesn’t like EITHER of themNext