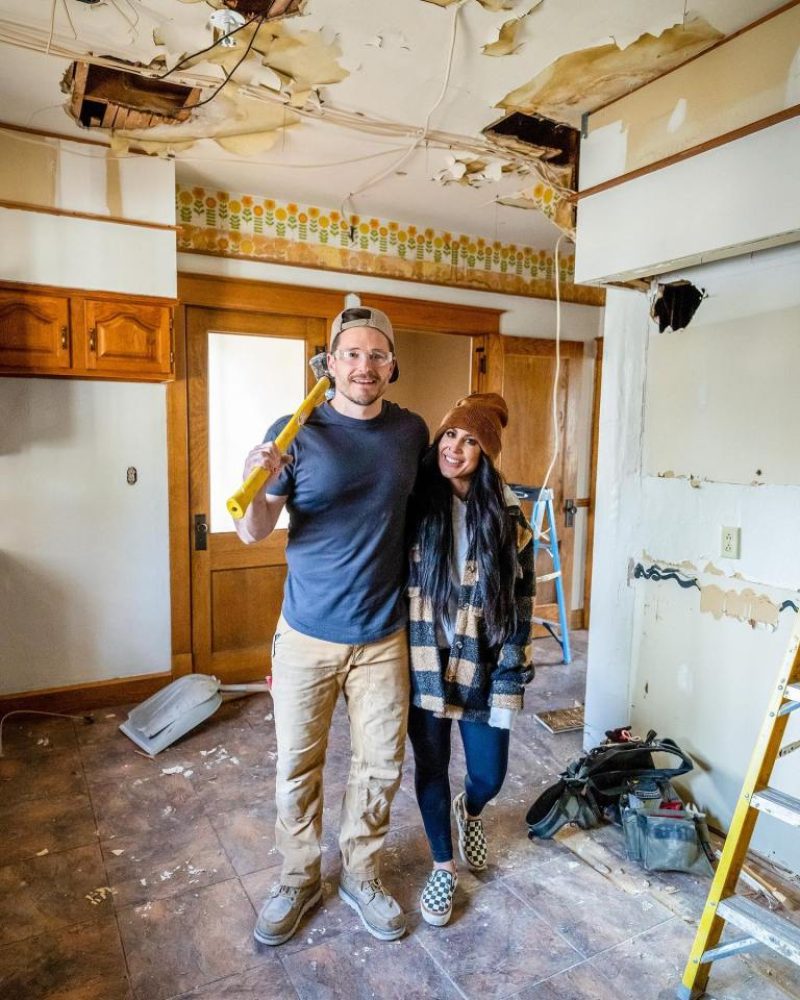 CHELSEA Houska has a former Teen Mom star make a special cameo on the latest episode of her new HGTV series.

The second episode of Chelsea and her husband Cole DeBoer‘s new show, Down Home Fab, aired on Monday night.

HGTVChelsea’s father, Randy, appeared in the episode as he helped the couple with some of the labor in their remodel[/caption]

Fans got a surprise about halfway through the episode when Chelsea’s father, Randy, made an appearance.

The 60-year-old stepped in to help install a sink for their clients, Jenny and Neil, whose home they were remodeling.

“My dad, Randy, is the best. I ordered the heaviest farmhouse sink in the world for Jenny and Neil. My dad picks it up and brings it right to us, so we don’t have to quit working,” Chelsea gushed in a confessional interview.

Chelsea, Cole, and Randy then admired the marble sink as they unwrapped it from the box.

“Thank you for bringing it,” Chelsea said to her father, putting her arm around him.

“You’re very welcome,” he responded before his daughter asked: “Are you proud of me?”

Randy humorously responded, “a little bit,” prompting Chelsea to jokingly reply: “Oh, thanks,” and walk away.

Randy made another cameo later in the episode to help Cole assemble a piece of décor for their client, Rita’s window display.

“It looks like we have to do a little putting together?” Randy asked Cole while observing the pieces strewn along the floor.

“Yeah, this is our job. We got recruited to put the shelving in there,” Chelsea’s husband replied.

During a confessional, Cole boasted about his relationship with his father-in-law, pointing out their similar interests.

“Chelsea’s dad and I get along real well. We like the same things. He loves to grill and make barbecue, and I love to eat it. It’s a match made in heaven,” the 34-year-old joked.

Randy stuck around for the remainder of the scene as he assisted Cole with positioning the piece in the window and witnessed the big reveal to their client.

Teen Mom fans remember Chelsea’s father from her days on MTV‘s 16 and Pregnant and Teen Mom 2, as he made frequent appearances onscreen.

Chelsea, 31, opted to leave the franchise in November 2020, and she and Cole pursued their interests in renovating homes.

In February 2022, they announced they were returning to television with their new series, which was initially called Farmhouse Fabulous.

However, the couple is already defending themselves against critics over their design choices on the show.

Elsewhere during Monday’s episode, Chelsea and Cole boldly decided to paint the woodwork in the home for their clients Jenny and Neil.

In their confessional, the partners admitted that they knew the risky move was “very controversial.”

“Ultimately, we talked to Jenny and Neil about it, and that’s what they decided they wanted,” Chelsea explained.

After explaining her reasoning behind her home design choice, Chelsea called out trolls that were prepared to slam her for it.

“…Please don’t come at us, people. Let people do what they want to do,” Chelsea proclaimed.

While pointing at himself and then the camera, Cole chimed in: “And it’s not our home. It’s not your home. It’s their [Jenny and Neil’s] home.”

Driving the point in, Chelsea followed up with: “So shhh!”

The U.S. Sun exclusively revealed that the January 16 debut episode had 678,000 viewers.

The numbers are low compared to the similar HGTV show Fixer to Fabulous, which brought in 1,098,000 viewers on the January 17 episode.

Meanwhile, House Hunters had 941,000 viewers tune in for their January 17 episode.

In addition to sharing their renovation journey with various clients, the series shows their home life with their four children.

Chelsea is a mom to a 13-year-old daughter, Aubree, with her ex-Adam Lind, and shares a son, Watson, five, and daughters, Layne, four, and Walker, one, with Cole.