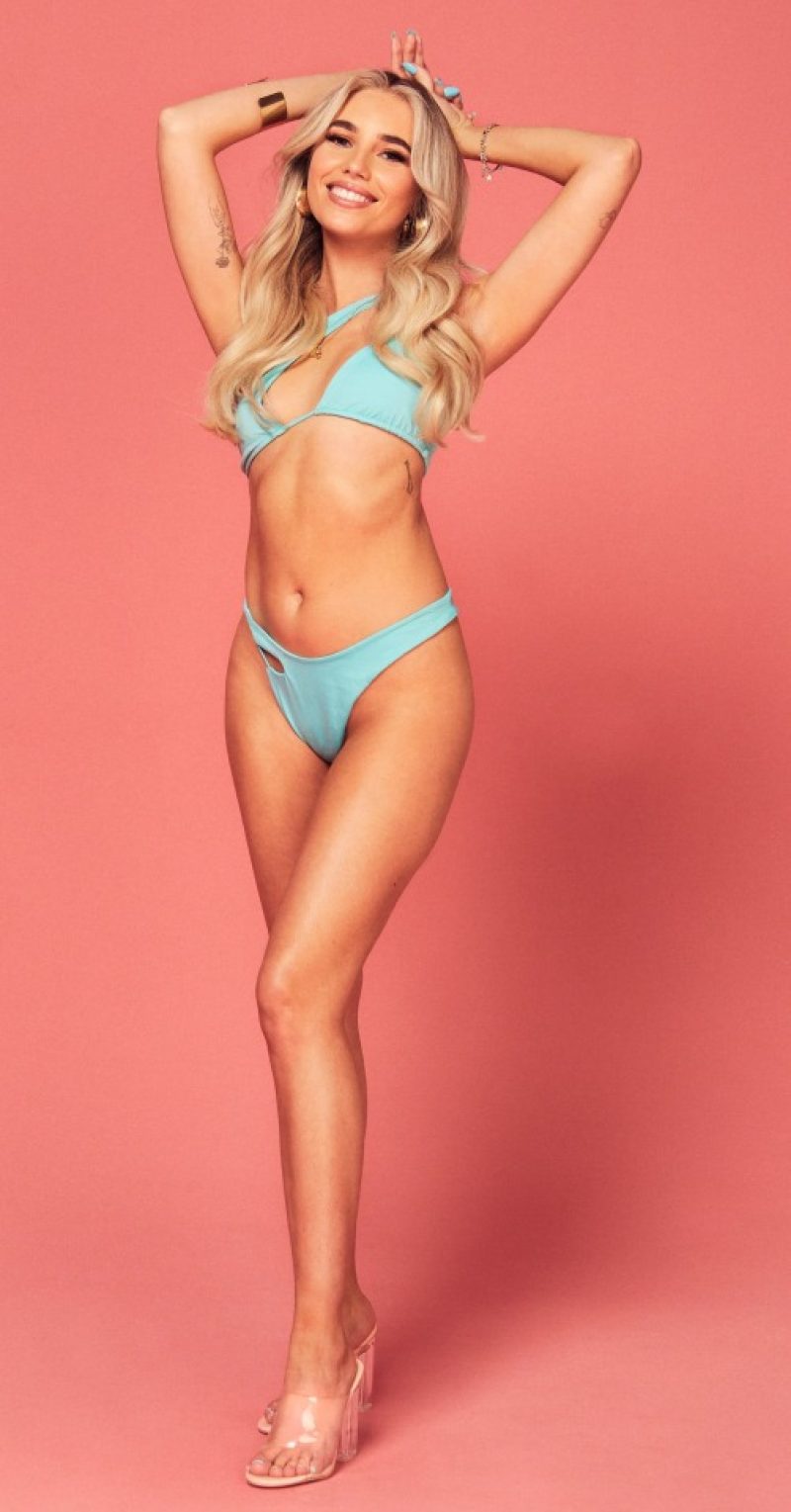 LOVE Island’s cast might be on the fast-track to fame – but for many it’s not their first brush with celebrity.

Several of the girls have already has relationships with big names, as we learnt on Monday night’s show.

As Lana revealed on Love Island last night, she had a lockdown romance with I’m A Celeb’s Owen Warner.

The news emerged during a round of the game Never Have I Ever where the Islanders were asked to spill their celebrity romances.

Speaking about the Hollyoaks hunk, Lana said: “We had a lovely relationship.

“We had a bit of a lockdown relationship so we spent a lot of time together and then when we ended.

“We ended amicably so I have nothing bad to say about our relationship and the time we spent together.”

Ron Hall, who she is coupled up with, seemed less impressed.

He complained: “So basically I’m competing with someone who’s just come runner-up on a massive show and who’s an actor and I work in finance, yeah, erm, sick. This is great.”

After drinking during the game, she elaborated just a little, saying: “Mine was a footballer and then the other one was a rapper. It was Not3s.”

However, she once went on a date with someone much closer to the show – Jack Fowler.

She was seen on a speed-date with the lad, who appeared in the 2018 series of the show, which was won by Dani Dyer and Jack Fincham.

During the speed dates, Olivia revealed she was a keen dancer, laid back and enjoyed partying in Brighton.

She also chatted to Chunkz, Yung Filly and Harry Pinero on Footasylum’s Does The Shoe Fit?

All about Bond actress Olivia Hawkins
The villa’s first partially-sighted star Ron Hall
Who is Tanyel Revan?
Everything to know about Kai Fagan
Make-up artist to the stars Lana Jenkins
Who is TikTok farmer Will Young?
All about science student Tanya Manhenga
Everything to know about Shaq Muhammad
Who is Love Island’s Anna-May Robey?
All about Haris Namani
Bombshell and footballer Tom Clare
Who is Love Island bombshell Zara Lackenby-Brown?
Australian beauty Jessie Wynter explained
All about Aaron Waters
The full Love Island cast revealed
PrevPreviousRyan Seacrest begs fans ‘not to tell HR’ after he jumps into guest’s arms and straddles him in wild Live moment
NextJeopardy!’s Ken Jennings confronts player after he calls host his ‘nemesis’ in awkward moment before wild finishNext