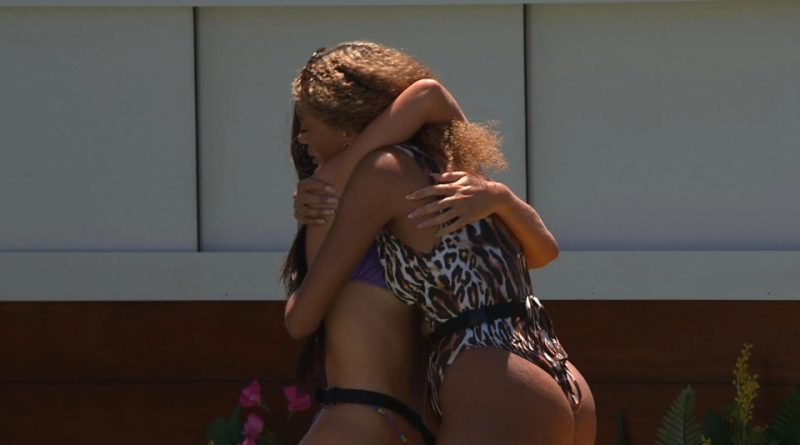 LOVE ISLAND fans are in uproar over a ‘missing’ part of the show that they think producers are behind.

Over the past few days in the villa, Olivia Hawkins and Zara Deniz Lackenby-Brown have been at loggerheads.

It was previously claimed that both Olivia and Zara appeared to have known each other before the show .

Viewers also suspected that Olivia, 27, and Zara, 25, previously fell out over a boy away from the hit ITV2 show.

But now, fans feel that Olivia and Zara must have discussed their issues from the outside world while in the villa

They think this important conversation between the duo about their beef just hasn’t been aired.

One viewer wrote: “I just know that producers are cutting around everything that Zara and Olivia say about their past beef.”

A second asked: “Producers, please force Olivia and Zara to tell us what happened off camera/before love island.”

Whilst another Love Island fan said: “I need to know what happened between Olivia and Zara outside the villa like can the love island producers just let SOMETHING slip omg.”

Meanwhile, a fourth user asked: “Can the producers please just let us know what happened between Zara and Olivia?”

A fifth noted: “I know that airing what Olivia and Zara have gone through off the island would “break the illusion” or some bs but do the producers think we’re all stupid.”

And a sixth fan said: “The way the producers have edited this.”

Both of the contestants confessed to previously dating a celeb outside the villa.

Tensions boiled over in the villa as they clashed over Tom Clare.

Following Zara’s decision to recouple with Olivia’s former partner Tom – a 23-year-old semi-pro footballer – Olivia asked Tom if the pair could chat and admitted she felt “a bit disrespected” after discovering Tom and Zara had already shared a kiss.

After the conversation, an increasingly frustrated Zara confronted Olivia, asking to hear what she and Tom had discussed.