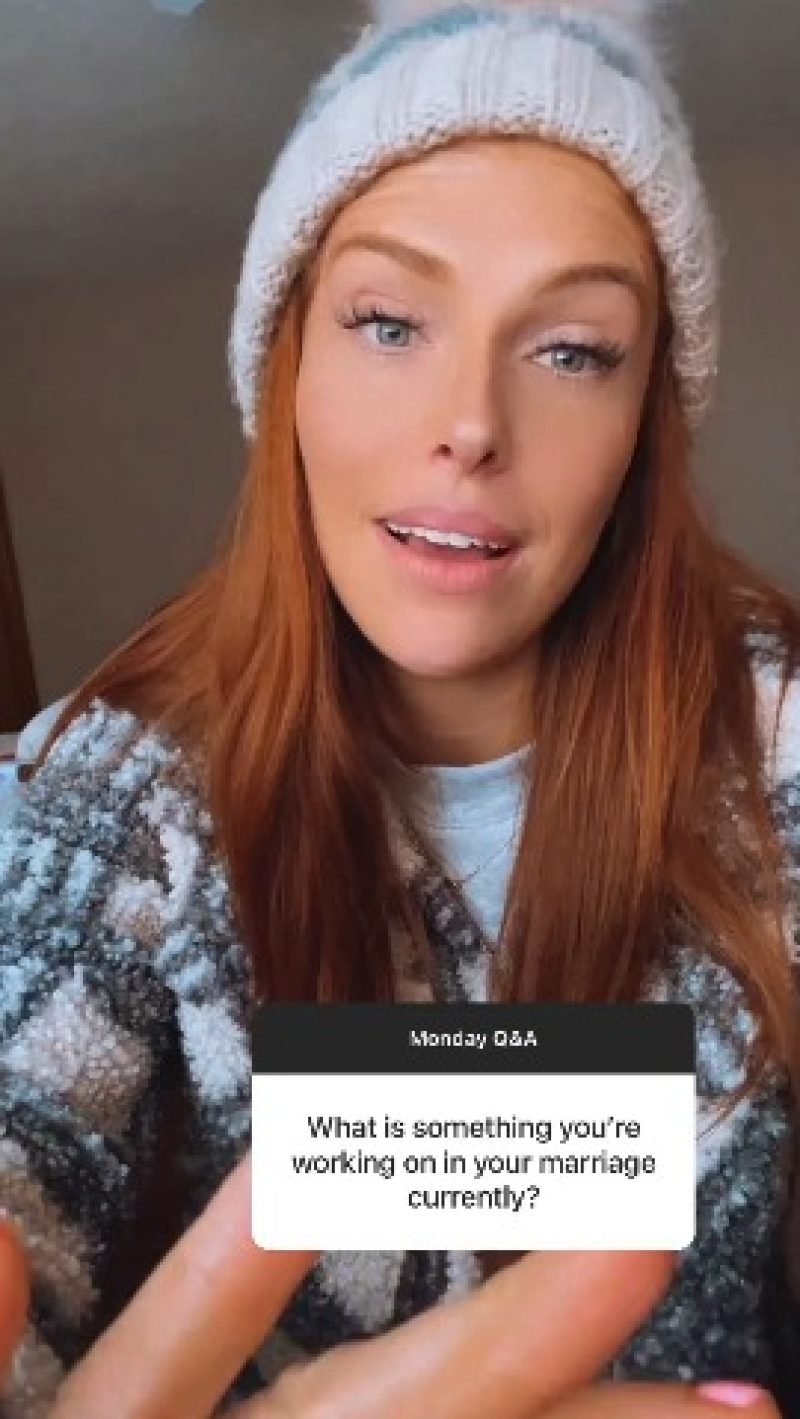 LITTLE People’s Audrey Roloff has admitted that she lacks an “emotional connection” to her husband, Jeremy Roloff, in a new video.

The ex-TLC star revealed the relationship shortcoming during an Instagram Live Q&A session on Monday.

InstagramLittle People’s Audrey Roloff admitted that she lacks an “emotional connection” to her husband, Jeremy Roloff[/caption]

Audrey, 31, opened up about her and Jeremy’s personal life when asked, “What is something you’re working on in her marriage currently?”

Dressed in a plush winter sweater and a knitted beanie, the Little People, Big World alum answered by stating: “Jeremy and I have very good, like intellectual connection, spiritual connection, physical connection.”

The mother-of-three then disclosed: “We’re not very good at connecting emotionally.”

She continued: “Because neither one of us are very emotional people and that’s something that we’re working on.”

NO HEAT, NO PROBLEM

Last week, Audrey sparked concern after giving fans an update about the heating problems at her home.

The Oregon native again took to her Instagram Stories when she revealed that her family has had no heating in their house for three days.

The TV personality was sitting in her huge living room wearing a gray coat and matching scarf as she addressed her 1.6million followers.

“Alright, we are going on day three of no heat in our house,” she began by saying.

“Very bundled up and staying close to the fire,” she continued as she panned the camera to the fire behind her.

“The kids have been very bundled up, by day and by night. We’ve had three nights of no heat… it makes me so grateful for our heat because it is very cold at night.”

Audrey gave fans a glimpse of her youngest son, Radley, who was playing nearby and dressed in a cozy-looking onesie and a matching hat.

Placing the camera back on herself, Audrey said: “Anyways, I wanted to come on and share about something that I shared about a month ago…

“I’ve had a lot of conversations over the course of the past year,” she continued before being interrupted by Radley.

In the next clip, Radley was sat on Audrey’s lap as she explained: “Okay, we needed to help a toddler putting on a slipper!

“I’ve had lots of conversations with mom friends in real life and on here about just school and their heart changing when it comes to school and being more open to homeschooling options.”

She then went on to discuss a hybrid schooling option and promoted a particular school in Oregon.

“So, they call it homeschool with training wheels. Basically, it’s like a homeschool helper, so if you’re intimidated by homeschooling but you like the freedom and flexibility side of it, and you think it might be a good fit for your family, it might be a really good option for you,” she added.

Audrey’s next post was a selfie with her five-year-old daughter Ember as they both pulled funny faces for the camera.

Hinting that she has signed her child up, Audrey captioned the photo: “Their applications are open right now if you want to learn more or apply here.”

It comes after Audrey recently urged her followers to take a bigger role in their children’s lives.

The former LPBW star previously teased that she might “disappear” from the posting platforms.

On Monday, Audrey shared an intimate and emotional video featuring her three kids – sons Radley and Bode, as well as daughter Ember.

In a lengthy post on Instagram, the mom of three reminded fans that there is more to life than sharing your status.

“Social media can make us unhealthfully aware of all the things we don’t have time for,” she shared. “Just 10 seconds on this app and you can easily criticize yourself for 10 things you see other people doing that you aren’t.

“It can make you feel like you’re failing in many areas of your life if you let it.”

Instead, Audrey suggested focusing on family.

Next to videos of her young kids playing and enjoying life, Audrey said: “Right now it’s time for young children. It’s the time for saving and budgeting an [sic] learning and growing.

“It’s the time for soaking up their littleness. It’s the time to reject feelings of discontent and finding joy in the mundane of our beautiful day to day life.

“Because one day this time will pass and I want to say that I didn’t wish it away.”

Instagram/audreyroloffAudrey pictured with her husband Jeremy and their children Ember, Bode, and Radley[/caption]

PrevPreviousLove Island fans spotted the moment Haris ‘disappeared’ from villa on last night’s show – did you?
NextTom has ‘the ick’ with Love Island bombshell Zara after Olivia row, say fansNext