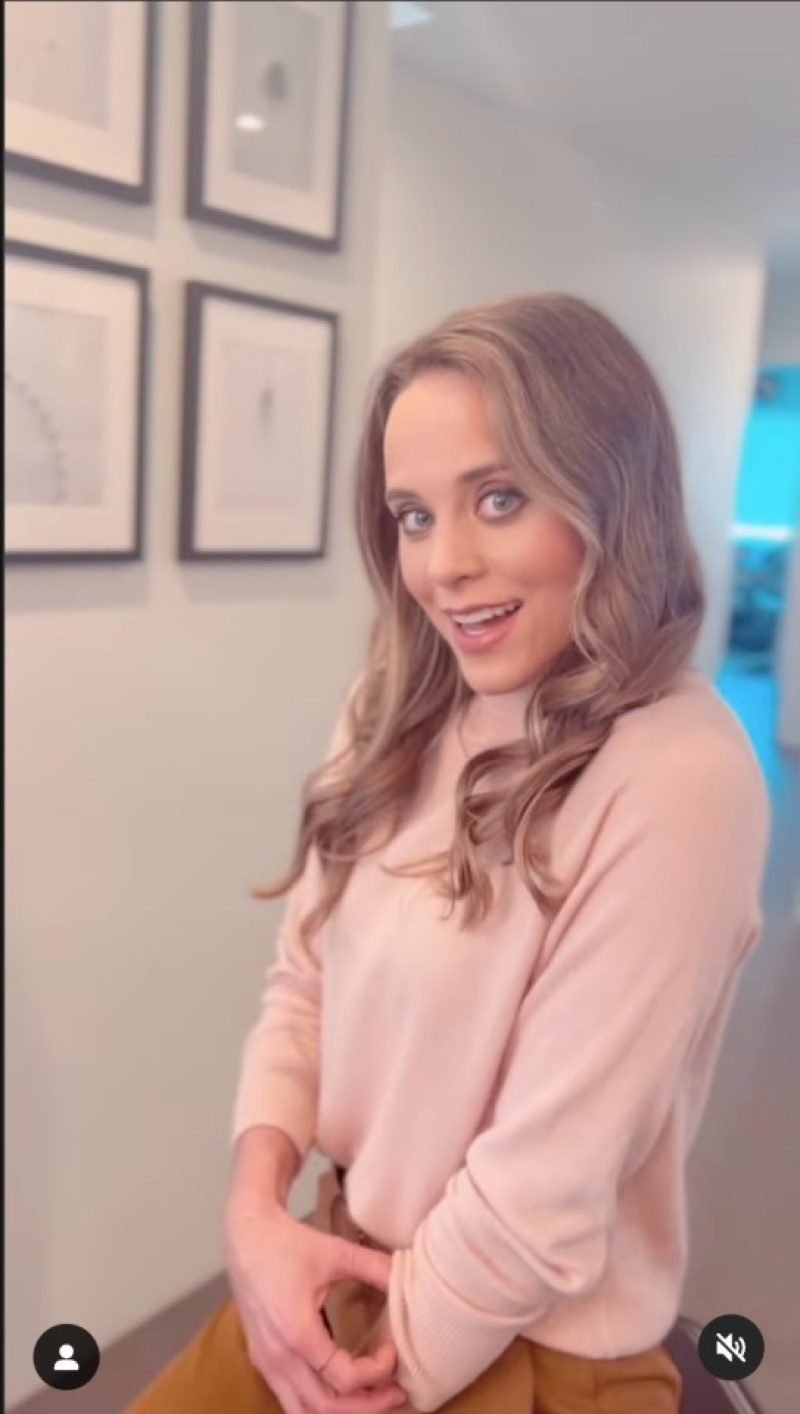 JINGER Duggar has shown off her curves while on a press tour promoting the release of her upcoming tell-all autobiography.

InstagramJinger Duggar showed off her curves while on a press tour promoting the release of her upcoming tell-all, Becoming Free Indeed[/caption]

On Tuesday, Jinger, 29, posted a video on her Instagram that showed the reality TV star getting prepared for, then participating in, an interview about her book, Becoming Free Indeed.

The Counting On alum was shown wearing a roomy, pink turtleneck blouse and fitted, tan-colored pants as her makeup was applied before showtime.

Later, the TV personality showed off her matching pink high heels as she sat at a white picnic table with the interviewer.

Jinger captioned the post: “The last two weeks have felt like a blur with so much going on leading up to the January 31st launch of my book.”

She continued: “But I’ve had some great conversations that I really cannot wait to share with you all soon! I’ll keep you updated.”

Fans showered the 19 Kids and Counting alum with praise in the post’s comment section.

One person stated: “The amount of growth you’re been through truly shows!! You’re GLOWING!!! I don’t think I’ve ever been so proud of someone I’ve never met!”

Another fan commented: “I’m so proud of you Jinger and love Jeremy for helping you become the woman you deserved to be.”

While Jinger’s older sister Jill, 31, wrote: “Proud of you sis!” punctuated with a “red heart” emoji.

Recently, Counting On fans speculated that Jinger and Jill Duggar are estranged after spotting a new clue as the 29-year-old promoted her feature spread in People on Instagram.

The mother-of-two mentioned she had “a great conversation” about her upcoming tell-all book.

Jinger captioned the post: “This has been such a heavy, and at times difficult process, but I’m glad to be finally able to share it with you all!”

Her older sister, Jill jumped to the comments section and wrote: “Proud of you (and Jer as I’m sure you continue to support each other) as you have processed so much, I’m sure, and yet continued to cling to each other and Jesus!

“Walking ‘the straight and narrow’ as God leads you is harder than walking completely one way or another!”

In an online thread, fans theorized the famous siblings “don’t talk to each other” based on Jill’s response.

One fan speculated: “I don’t recall Jill and Jinger even interacting positively much on the show.

Another fan theorized: “To me, it always seemed like Jill was the bossy older sister, and Jinger was bullied around by her.

“I don’t blame Jinger as an adult now just wanting to interact with the siblings she wants to.”

A third fan said: “Jill reminds me so much of my older sister. Constantly correcting me and putting me down.”

A fourth person mentioned: ” It doesn’t surprise me that they’re not in frequent contact.

“I do support them trying to reach out to each other, however awkward it might seem.”

Another commentator chimed in: “Jill and Jinger live a long-haul flight apart.

“Whatever their relationship, good for Jill for being somewhat supportive even if they have a different framework of belief.”

The book, Becoming Free Indeed, recounts what Jinger experienced as she struggled to move on from a restrictive faith.

Jinger’s parents, Jim Bob, 57, and Michelle Duggar, 56, follow the teachings of the Institute in Basic Life Principles (IBLP), which preaches a strict hierarchy of authority, beginning with Jesus at the top, followed by church elders, and then husbands, who are tasked with protecting their wives and children.

But the 28-year-old former Counting On star has famously rebelled against her father’s ultra-conservative ways, wearing revealing clothing and breaking other rules of his.

Now it appears she may be gearing up to reveal even more.

According to gossip blogger Katie Joy, Jinger’s new book, Becoming Free Indeed, is “all about dismantling and leaving the oppressive world of the IBLP.”

And the book, which is due to come out early next year, could be an eye-opener for the famous family.

“Omg, Jeremy & Jinger are about to get cut off for good cause she’s going to admit to growing up living in fear!” Katie teased on Instagram.

Katie claims the book liner, “credits Ben Seewald (husband of Jessa Duggar) with opening up Jinger’s eyes to the wrong beliefs she lived under.

“Then Jeremy Vuolo is credited for continuing to show Jinger how the rules under the IBLP were Biblically false.”

GettyJinger’s book recounts what the reality TV star experienced as she struggled to move on from her parents, Jim Bob and Michelle Duggar’s, restrictive faith[/caption]