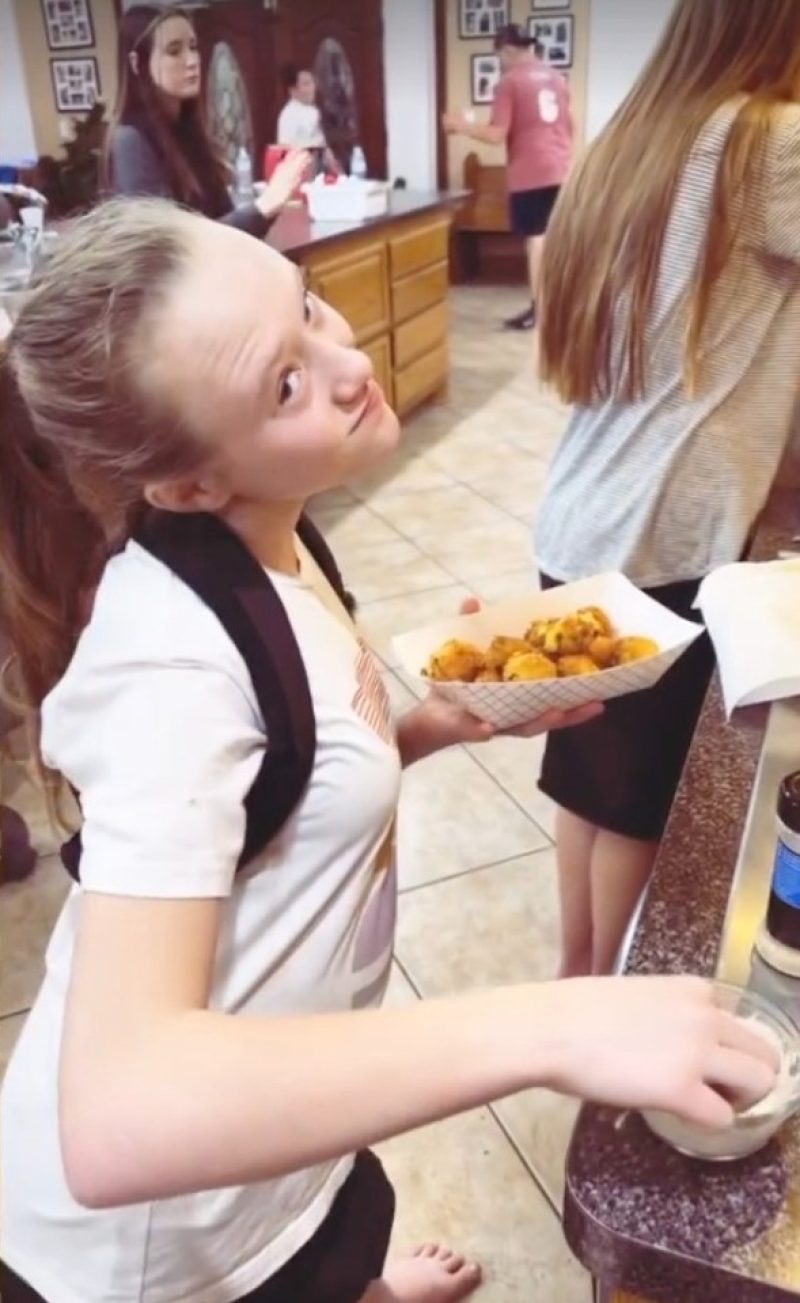 JOSIE Duggar has sparked health concerns after she was spotted wearing a clavicle brace.

The 13-year-old – who is the youngest of the Duggar family – was seen with a harness fitted around her neck and shoulders on Monday.

Josie wore the black brace during a family meal with her older siblings James, Jessa, Jessa’s husband Ben Seewald and their children.

James shared a video of Counting On alum Josie piling tater tots on her plate, with the harness clearly visible on her back.

The device appears to be a figure 8 brace, which is designed to help treat clavicle fractures, broken collarbones, and dislocated clavicles.

Fans shared their concern for Josie on Reddit, with one writing: “One of my students wore something like that when he broke his collarbone.

Another added: “Could be a flexible back brace to help with borderline/mild scoliosis.”

“I’m just glad they are actually getting her the help she needs,” a third posted.

Josie has suffered from health issues in the past.

The teenager was born only 25 weeks into Michelle’s pregnancy — three and a half months premature.

Michelle suffered from preeclampsia – which is high blood pressure during pregnancy – and had to have an emergency C-section to save both her and Josie’s life.

Reflecting on the ordeal in 2010, she said: “Oh, the terror that went through my heart when they said this baby has to be delivered in 30 minutes.

“I thought, ‘This baby is too small to live. I was terrified. I cried out to God to have mercy on my baby and me. This was too soon for this baby.”

Back in November 2021, Jim Bob and Michelle shared a photo of her as a newborn in the hospital.

They wrote: “Thanks to everyone who prayed for us day after day. I know some of you still do. Thank you! Josie is the most special gift!”

Josie was in NICU for six months after her birth and suffered from health complications like “bowel perforation.”

The teen is a “micro-preemie”, which means she is susceptible to long-term health difficulties like cerebral palsy, blindness, and deafness.

Back in 2014, Josie suffered a scary seizure when she was five in front of 19 Kids and Counting cameras.

“One of the little glitches for Josie is that if she runs a fever, she does have a tendency to have febrile seizures,” the TLC alum explained.

InstagramThe teen was having dinner with her siblings James, Jessa, Jessa’s husband Ben Seewald and their children[/caption]