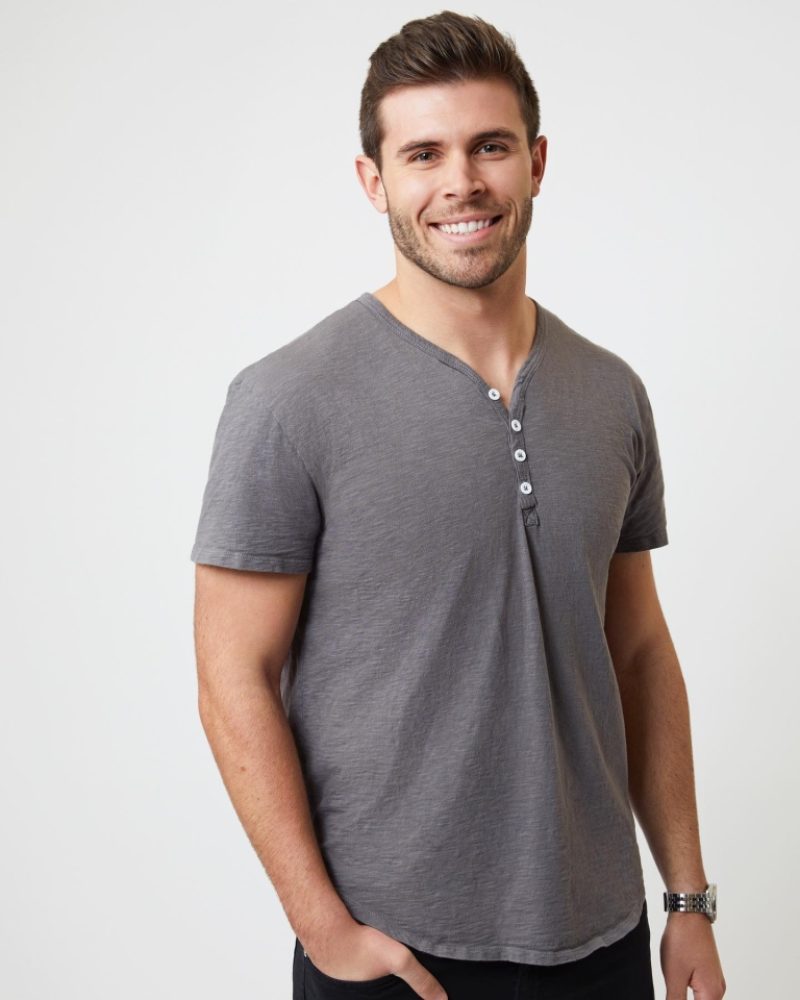 BACHELOR star Christina Mandrell’s ex-husband has claimed she was a “big fan” of the show before joining the season 27 cast and “loves the spotlight.”

In an exclusive interview with The U.S. Sun, Blake Dennis told all on the 26-year-old Nashville native’s life before she fought for Zach Shallcross‘ heart on the show.

Christina got married to her ex-Blake Dennis, 30, in May 2015 and she filed for divorce five years later in December 2020.

The divorce was finalized in March 2021. They share a 5-year-old daughter, Blakely.

Blake said that he “wasn’t surprised” when he learned about her signing on to the show.

He found out right before she was introduced to the 26-year-old tech exec from Anaheim Hills, California on The Bachelorette‘s After the Final Rose back in September, since she wanted her daughter to see her on TV.

“It seems like very much something Christina would do,” Blake told The U.S. Sun, referring to her participating on the show.

“She definitely does [love being in the spotlight]. I mean, I can kind of say her whole family does.

“Christina used to have Bachelor watch parties when we were together and, you know, it’s not surprising to me at all.”

He sarcastically added: “I kind of think during the divorce I might’ve even said, ‘You just want to go on The Bachelor.’”

GROWING UP IN THE SPOTLIGHT

Christina is the daughter of musician Ellen Irlene Mandrell and is the niece of famous country singer Barbara Mandrell. Her father, Rob Pincus, is well-known in the self-defense world as a professional trainer and is also an author and consultant.

Although she comes from a talented musical family, Christina, herself, does not have the same aspirations.

Blake said she “doesn’t like to sing” so much despite being “an incredible singer.”

“I think I might be the only person who’s ever really heard her sing,” her ex joked. “So, she’s not trying to like follow in the families’ legacy.”

He further stated that she’s more interested in acting.

“Acting is something that she’s always loved to do, and, you know, several times she’s done very small movies or music videos here in Nashville and things of that sort,” he shared.

“But, I would love to see her get into singing because she’s extremely talented… That’s something I always used to push her to do.”

Although Blake is adamant that he and Christina “get along well” post-divorce, it didn’t appear to have always been that way.

When the content creator filed for divorce, she cited “irreconcilable differences” and “inappropriate marital conduct.”

Blake denied any cheating and “did not know” what she was referring to, nor did he have any part in the divorce since he didn’t file a response or show up to court.

Even though she was granted primary residential custody of their daughter, he told The U.S. Sun that it’s more 50/50.

Now, he’s moved on and is dating someone new.

And, the three of them, plus their daughter, have family outings.

Blake shared that he believes Christina is on The Bachelor “for all the right reasons” and thinks “she wants to do it for love.”

MORE THAN A COUNTRY GIRL

Bachelor Nation watched as the Nashville actress was introduced during the ATFR, along with four other contestants.

The other women were introduced during Monday night’s premiere episode.

Blake responded to her first impression, stating, “It was definitely herself… She’s very natural with the camera and so, that was very much herself.

He further stated that Christina’s “a very open person,” so viewers will most likely hear more about her divorce on camera.

“I mean, really, Christina’s a pretty country girl who doesn’t want to act very country, but she’s a really good person and she comes from a great family, and I still get along very well with her family,” Blake added.

Even though Blakely’s father is supportive of Christina being on the show, he isn’t a fan of her daughter one day signing up.

“I don’t want my daughter dating that way,” he clarified.

The Bachelor airs Mondays at 8 p.m. ET on ABC.

InstagramBlake and Christina tied the knot in May 2015[/caption]

Christina Mandrell/InstagramChristina and her ex share custody of their daughter, Blakely[/caption]