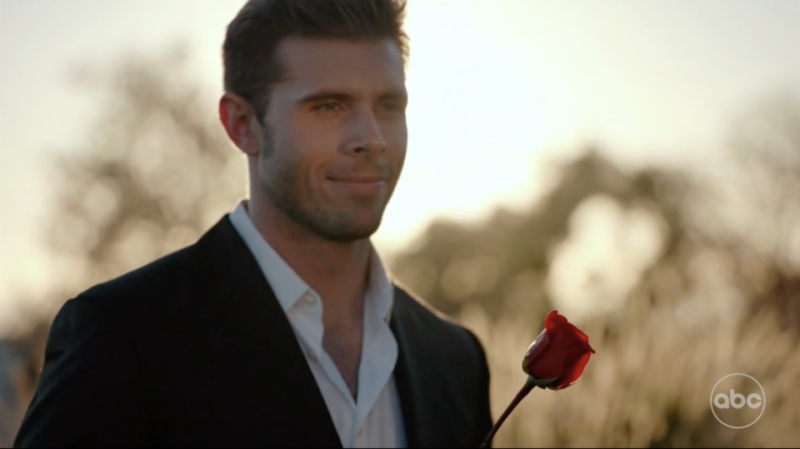 BACHELOR fans have begged ABC to pull the plug on the show, ripping new star Zach Shallcross as a bore.

The show premiere left some viewers feeling underwhelmed and they made it known on social media.

As the first episode of season 27 aired, critics flocked to Twitter to rip the show, production, and the newest Bachelor, Zach.

Several viewers ripped the series as “boring,” pleading with ABC to end it.

One critic wrote: “I’m so tired of this show….Please cancel it already.”

Another tweeted: “This man is cringe. Why do they want him?”

Someone else wrote: “I really don’t know if I can watch this season of the Bachelor.

“He’s so boring. ‘I’m just a regular dude who lives in Austin..’ and the girls are already complaining. And someone told Jesse to go back to ESPN. Like WHO ARE YOU. I hate it here.”

During the first episode, the 30 women vying for Zach’s heart made their grand entrance into the Bachelor mansion.

The former contestant, who was previously on Rachel Recchia and Gabby Windey‘s season of The Bachelorette, said that he hoped to “find my best friend, fall in love with my best friend, and really walk away with someone for the rest of my life.”

Bachelor alum Sean Lowe made a surprise entrance to give Zach words of wisdom before he met the women.

Sean was on the 17th season of The Bachelor and married contestant Catherine Giudici.

He advised Zach to be realistic and revealed he didn’t start to see Catherine as his wife until midway through the season.

That wasn’t the only time viewers took to social media to express their disappointment with the show.

Many loyal viewers even accused the show of being “toxic” and “stupid” ahead of the premiere.

Before the show aired, fans expressed their dismay after learning that a frontrunning on the show had a troubling past.

Bachelor hopeful Greer Blitzer was slammed over her “racist” past social media posts and for defending a blackface photo.

In since-deleted Instagram photos, Greer – who is rumored to receive the first impression rose on night one – was seen supporting Donald Trump in the 2016 Presidential Election.

She was also caught defending a blackface photo that was taken at an off-campus party and caused controversy at Lamar High School in Houston.

The photo appeared to be a white teenage girl with black paint on her face, wearing a T-shirt featuring late rapper Tupac. The party was organized by a secret social club called Wichaka, according to local Houston-based NBC affiliate KPRC.

She commented on a post: “The students involved didn’t even know what black face was so my point exactly. It wasn’t an intentional racist act.

“She did not paint herself black because she felt superior to black [people].

“Putting white powder on your face isn’t okay either. That didn’t make the news did it?

“I apologize if this offended you but you must understand it was not initially supposed to be perceived that way at all.”

One user wrote: “She’s a Trumper who campaigned for Trump in her full-blown MAGA gear and wore her DIY Trump 2016 shirts with her besties probably.

“She said blackface isn’t racist and complained that when people use white powder it doesn’t get reported on the news.

“She also minimized slavery and anti-black racism by pointing out that other races experience that as well, like the Jewish and Irish people.”

Another stated: “I don’t have an issue with conservative contestants but I do have an enormous problem with TPTB (the powers that be) casting yet another racist contestant.

“Maybe she was young and didn’t know better then but I’m assuming there were no posts saying she was wrong and shouldn’t have done that.

One other user commented: “I used to follow her bc she grew up in the same city as me and we knew some of the same people and this is exactly why I unfollowed her all those years ago.”

The U.S. Sun has reached out to ABC and Greer for comment.

Also ahead of the first episode, several fans speculated that this season would be the worst in terms of ratings.

“With Zach, execs fear they really made the wrong choice because there haven’t been any indicators people care,” a source exclusively told The U.S. Sun.

According to the source, execs were worried about the lack of social media engagement ahead of the season 27 premiere.

“It’s been minimal at best for what engagement they were hoping to get leading up to the premiere.”

With concerns about the lead, Bachelor producers are also worried the show’s time on air could be over after this season.

“The Bachelor has been a downhill mess that they are trying to keep from falling even farther down but execs are preparing this premiere to be the lowest in the show’s history.”

Meanwhile, production is still rumored to be “a mess” following host Chris Harrison’s behind-the-scenes exit in 2021.

However, ABC is reportedly happy with Chris’ replacement Jesse Palmer, for whom the new season will be his second as host.