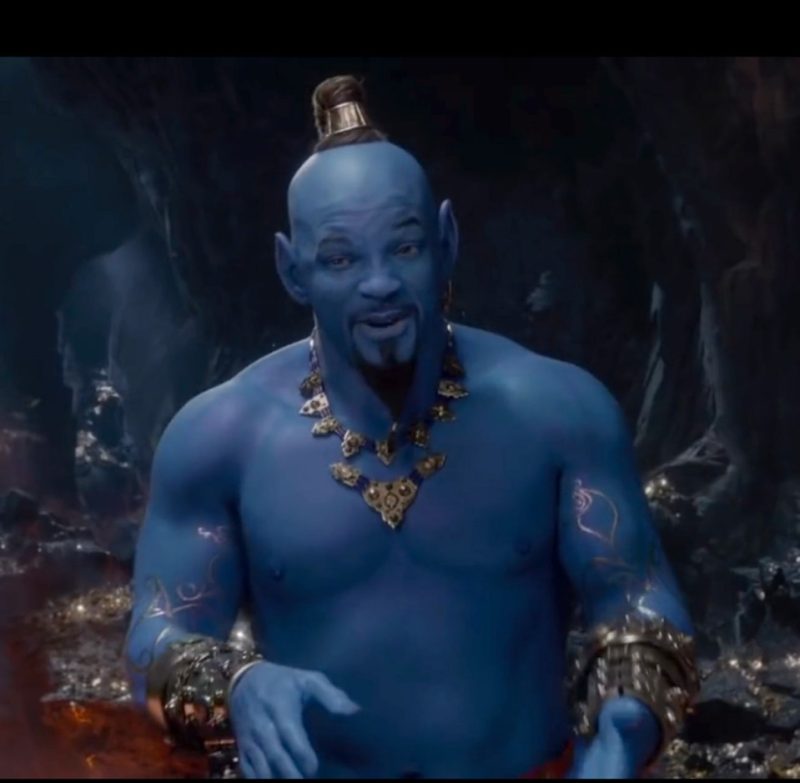 WHEN Will Smith lamped Chris Rock on stage at the Oscars it sent shockwaves through the industry.

Yet ten months on from the shocking incident, Disney is lining up his first acting role since the scandal, bringing him back for a sequel to the 2019 live action version of Aladdin.

I’m told he is set to return as Genie, playing an even bigger part than he did in the first film.

The script is, loosely based on the One Thousand And One Nights series of Middle Eastern folk tales, is being written, with hopes that filming could begin at the end of the year.

A movie insider said: “This would be one of the first movies Will has shot since the Oscars slap and it is quite surprising, given that it will be for a kids’ film.

“He has done a lot of work on himself and the consensus is that it will all be very much in the past by the time the movie is released.

“The first film was a huge success so it would be silly not to make another, and it would be a real shame to have to re-cast Will over what happened.

“So Disney is keen to stand by him and bring him back into the fold.”

Will slapped presenter and comic Chris after he made a joke about hair loss suffered by Will’s wife, Jada Pinkett Smith.

The 2019 movie, directed by Guy Ritchie, made more than £800million at the box office.

Aside from Will, its leads Mena Massoud, as Aladdin, and Naomi Scott, as Jasmine, were fairly unknown, but they are also eager to return.

Asked last month if he knew what was happening with the film, Mena said: “There was a change with the writers, and they are working on a new draft. If Aladdin 2 happens, that’s fantastic. It should happen.

“It’s not going to be based off the animated version. This is going to be a new original story.”

THE STROKES will play a massive Summer headline gig in London.

The Reptilia rockers, headed up by frontman Julian Casablancas, will appear at Luno Presents All Points East festival in Victoria Park on August 25.

Tickets for the show, which will also feature the Yeah Yeah Yeahs, go on sale this Friday at 10am.

The Strokes last year celebrated the 20th anniversary of debut album Is This It and they are working on a new LP with American producer Rick Rubin.

He said: “A few months ago I was in Costa Rica, recording a new album with The Strokes, and we rented this house up on the top of a mountain and set the band up outside.

“So they’re playing . . . It’s like they’re doing a concert for the ocean, on the top of a mountain. It was incredible.

“And we did that every day, playing out in the (open), and they didn’t want to leave. It was, like, the best experience.”

EX-Little Mix singer Jesy Nelson has kept quite coy about her rapper boyfriend Zion Foster since I revealed last year they were dating.

But he isn’t leaving much to the imagination, with X-rated lyrics about sex with a female partner on his new record.

The track, 1 Million, is on an extended version of his 2022 album Hood Love.

Zion raps about romping in the shower before promising, “I’ll keep you in shape”.

The track Take Off features similarly frisky lines as he sings, “Baby I really love you, I want to get freaky”.

And later in the same song, he throws in a few even more explicit lines.

Jesy has had rocky relationships with filmmaker Harry James and Our Girl actor Sean Sagar in recent years and it appears Zion addresses those.

In the track Letter To A Broken Heart, he sings, “Baby girl I know you’re broken”.

And that one ends in a similarly crude way.

HELL OF A DRESS, DOJA

DOJA CAT painted the town red in this bonkers costume which saw her covered in 30,000 scarlet crystals.

The Say So rapper looked just like the title character in 2004 superhero film Hellboy, played by Ron Perlman, as she paraded at Paris Fashion Week today.

It must have been an early start for Doja because it took five hours to do her up for the Schiaparelli show at 10am.

Make-up artist Pat McGrath said: “Her patience and dedication as she sat with Team Pat McGrath and I to achieve the creation, covered in hand-applied crystals, was truly inspiring.”

I’ll stick to jeans and a T-shirt, thanks.

The Golden Raspberry Awards – to give them their full title – gives gongs to the worst movies and performances of the year.

Ana dodged a nomination in the Worst Actress category but the movie about the Some Like It Hot actress, racked up eight nods, including Worst Picture, Worst Director and Worst Screenplay.

The stoner comedy Good Mourning got seven nominations, including one for Machine Gun Kelly as Worst Actor.

SAM SMITH and I have more in common than I thought, as the singer has confessed to being a McDonald’s superfan.

In a new chat on radio in Australia, Sam said: “I love McDonald’s. I love all of it.

“I think every single thing on the menu is genius. The world’s addicted, but it is fabulous.

“There’s a drive-thru near my house in England and they know me by name now.

“I sometimes turn up and just get a coffee, it’s not always food, it’s a lifestyle.”

I couldn’t agree more, Sam. Make mine a Big Mac and a five-piece Chicken Selects meal next time you go, please.

KYGO will play his biggest ever UK headline show this summer.

The DJ will take over West London’s Gunnersbury Park on August 12 and the line-up will see a raft of other big names.

Kygo has had huge hits including Firestone, It Ain’t Me, Higher Love and Here For You, so there will be no shortage of bangers on the day.

Tickets go on sale on Friday.

Maneskin Rush down the aisle

ROCK bands come and go but Maneskin have proved to each other that they are here to stay – by staging a four-way wedding.

Frontman Damiano David joined bassist Victoria De Angelis, guitarist Thomas Raggi and drummer Ethan Torchio in these all-white outfits at the Palazzo Brancaccio in Rome for the symbolic ceremony to mark the release of their new album Rush.

Alessandro Michele, the former director of Gucci, was the master of ceremonies, with guests including rapper Machine Gun Kelly and movie director Baz Luhrmann.

Maneskin’s record is at No3 in the midweek charts, ahead of albums from Taylor Swift and The Weeknd.

That result will mean they aren’t feeling something blue.