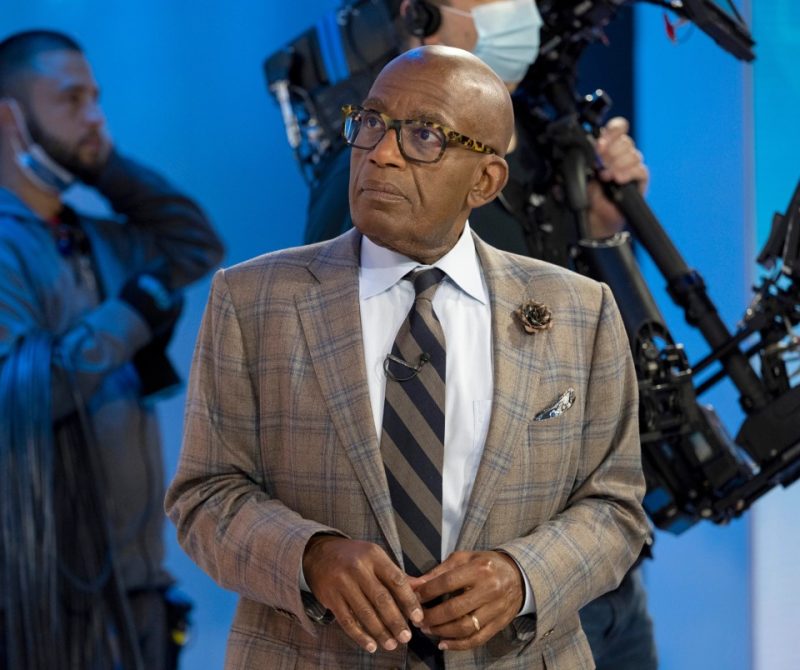 AL Roker has slammed his Today co-host Craig Melvin for making a “mean” joke about a major NFL Play-Offs game.

Craig, 43, poked fun at the Jacksonville Jaguars after they lost to the Kansas City Chiefs on Sunday.

On their table, there was a sign that read: “Reserved championship bound teams ONLY.”

In the background, Jacksonville Jaguars quarterback Trevor Lawrence – who was dressed like an employee of the restaurant – looked dejected as he cleared up the chairs.

He shared it after the Chiefs managed to secure a 27-20 victory against the Jaguars on Sunday – despite Patrick hurting his ankle earlier in the game.

Al, 68, didn’t seem to appreciate the joke and was quick to comment: “Ouch.”

Fans shared his disapproval and flooded the comments to slam Craig’s “spiteful” and “out-of-character” post.

One wrote: “This seems to just be spiteful. Haven’t seen this before from you, not sure why we are seeing it now.”

Another added: “Out of character for your usual encouraging posts. Surprised you’d post something so mean for a team of young people with a bright future.”

A third posted: “Unnecessary…lost a lot of respect for you.”

Al’s comment comes after he returned to the Today show following months of health complications.

He was absent for two months while recovering from blood clots in his lungs and legs.

Over the weekend, Al and his wife Deborah Roberts had an emotional goodbye with their son Nick as they drove him back to school for his spring semester.

Deborah shared a selfie of them smiling in the car as Al drove and their 20-year-old son Nick sat in the backseat.

“Don’t be fooled by the smiles,” she added with a crying emoji.

Nick is Deborah and Al’s youngest child. They also share a daughter together- Leila, 24.

Al has another daughter, Courtney, 35, from a previous relationship.

Deborah and Al soaked up the last days they had at home with their son.

She shared a heartwarming picture that showed Nick working in the kitchen.

The ABC News journalist said: “We’re going to miss your skills as you head back to college.”

Nick was seen cooking alongside Al on Wednesday night.

The Today star was seen concentrating on cooking a piece of meat while wearing a casual black shirt.

Meanwhile, Nick was snapped grinding pepper over a fresh salad before Roberts shared a close-up photo of the healthy-looking side dish.

PrevPreviousWheel of Fortune’s Pat Sajak pokes fun at ‘boring’ player and thinks he will ‘walk off the show’ in awkward moment
NextKim Kardashian’s daughter North, 9, ‘refuses’ to go to school in new TikTok after fans spot ‘change in her behavior’Next