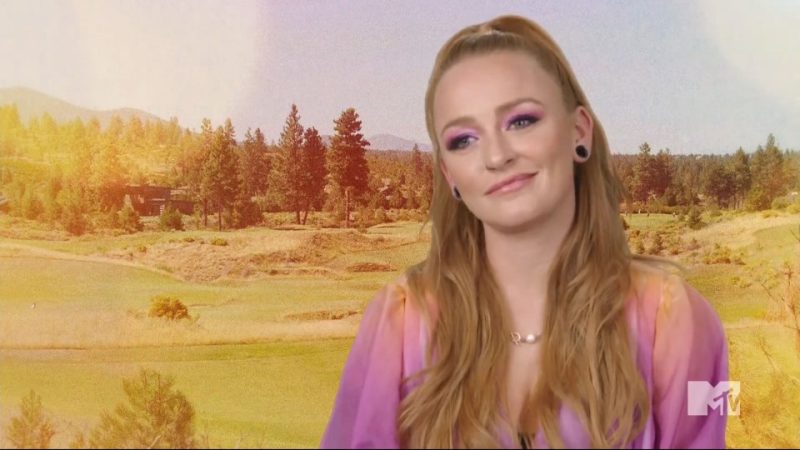 Maci, 31, worked out her family issues on season 2 of Teen Mom: Family Reunion, though her intense sessions with Dr B have not yet aired.

MTVMaci Bookout is part of the cast of Teen Mom: Family Reunion[/caption]

Maci has said she wanted to build a better relationship with her ex Ryan Edwards, 35, and his parents after years of tension.

In exclusive interview with The U.S. Sun, Dr Bryant- also referred to as Coach B by the women on the show- teased what’s to come for Maci later on this season.

“I have to say the most growth would have to go to Maci, Ryan and [their 14-year-old son] Bentley.

“You know, they haven’t been able to co-parent for years and they’ve been on non-speaking terms,” Coach B said.

“Bentley has been at the short end of the stick, not really receiving a healthy co-parenting relationship, and it’s affected his relationship with his father.”

“And so Maci and Ryan, without giving away too much, they were able to really come to a really beautiful co-parenting medium.

“And Bentley also was able to witness that and be a part of that as well as [Maci’s husband] Taylor [McKinney].”

Coach B, who also acts as a producer on the MTV reality show, said that fans will be “in awe” and “very surprised” at the outcome.

While Ryan and his family were physically unable to make it to the retreat due to logistical issues, she dished that he still “put in a lot of work” when it came to the coaching and healing process.

“And Ryan showed up in a way that people have never seen him show up.”

She continued: “It just was so beautiful to see Ryan in the space where he was really wanting this relationship with Bentley and not having the tools to do so, and extremely open to succeeding. You know, ‘How I do it? I want it so bad.’”

The former couple have a long history of a rocky co-parenting relationship.

Teen Mom fans last saw Maci looking uncomfortable while even talking about it with Dr Drew on Teen Mom: The Next Chapter reunion.

In an interview with E!, she stated that she went on the show to learn to have a more “supportive role” in Bentley and Ryan’s relationship.

She told the outlet: “For a long time I didn’t understand how I played a part in it… On a much bigger scale, I do play a large role in it.

“I just wanted to work on myself and I finally got to a place where I felt confident and comfortable in moving forward in the intent to try to better co-parent or be more supportive of their relationship.”

In one scene, Ashley and Briana got into a physical altercation where Ashley is seen spitting on her enemy.

Briana’s mom, Roxanne, also gets into a heated argument with Ashley’s mom, Tea.

Another emotional moment included Catelynn breaking down while revealing her childhood insecurities with her mom, April.

“I can interrupt a dysfunctional pattern that’s been going on for generations and generations that has now became a cultural norm in a tradition for their families.

The renowned life coach and psych expert added: “I’m not there to play any games and I’m calling them out because I have a job to do.

“You know, entertainment comes naturally, but I’m there to coach.

“I’m there to make sure that my job gets done and they get the tools, and that there’s change that’s implemented and that there’s healthy relationships that are gained as a result of the work that we do together.”

New episodes air on Tuesdays at 8 p.m. ET on MTV.

MTVMaci and Ryan’s son, Bentley, made a rare appearance on a recent Teen Mom reunion episode[/caption]