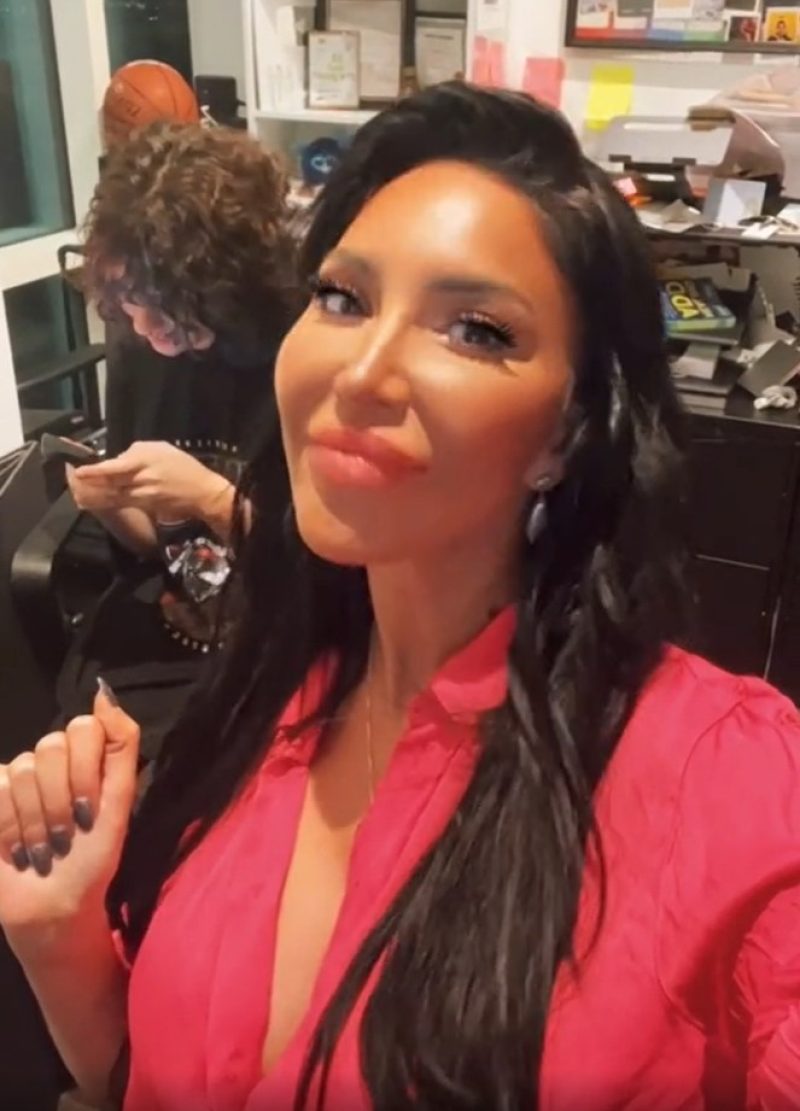 The former Teen Mom is hitting the road as part of a stand-up comedy tour.

Farrah, 31, teased fans with her plans on her personal TikTok account.

In the “about me” portion of her main page she promised in all caps: “COMEDY TOUR SOON.”

Farrah seems to be getting closer to realizing a dream she first revealed last April.

After her release from a trauma treatment facility, the reality star told reporters she was ready to pursue her passion in comedy.

She touched on her aspirations for her professional life saying “comedic relief is everything we need.”

Farrah said her treatment facility allowed her to focus on the positive aspects in her life, leading her down the pathway to comedy.

The Teen Mom OG alum was detained after getting involved in an altercation with a security at Grandmaster Records in Los Angeles, California.

The MTV alum resurfaced on social media following her rehab stay with nothing but good words about the experience.

Farrah said she had “the best time of my life” at the “trauma treatment center,” and encouraged others to seek help when they need it.

“I hope everyone gets to work on themselves, get trauma work.

“It is essential for us to function in our very hectic lives, in our very traumatic environments,” she continued.

Over the weekend, Farrah made some bold declarations online, while also revealing yet another new look.

She gushed in a TikTok over her newfound freedom on the platform, saying she is no longer “codependent” on social media.

“I’m not going to brag or anything, but my TikTok is officially only mine!” the former MTV star yelled in the video.

She continued: “Totally practicing that socially or non-codependent, that social codependent thing is no longer here. I am officially independent on social media, on TikTok, and I’m proud. I’m loud and proud.”

Farrah recorded the video inside her office with her daughter, Sophia, 13, sitting behind her.

However, viewers paid less attention to what was said in the video than they did to Farrah’s unrecognizable appearance.

Farrah rocked a bright pink blouse, a full face of make-up, her long dark hair in loose waves, and her skin a tanner complexion.

Her looks elicited a flood of remarks from critics in the comments.

A third chimed in: “D**n. I didn’t even recognize you at first, Farrah!”

A fourth echoed: “She’s had so much work done.”

And a fifth agreed: “No no no no nooooooo omg I didn’t even realize who this was. She looks sooo different.”

Farrah was fired from Teen Mom in October 2017 over her work in the adult entertainment industry.