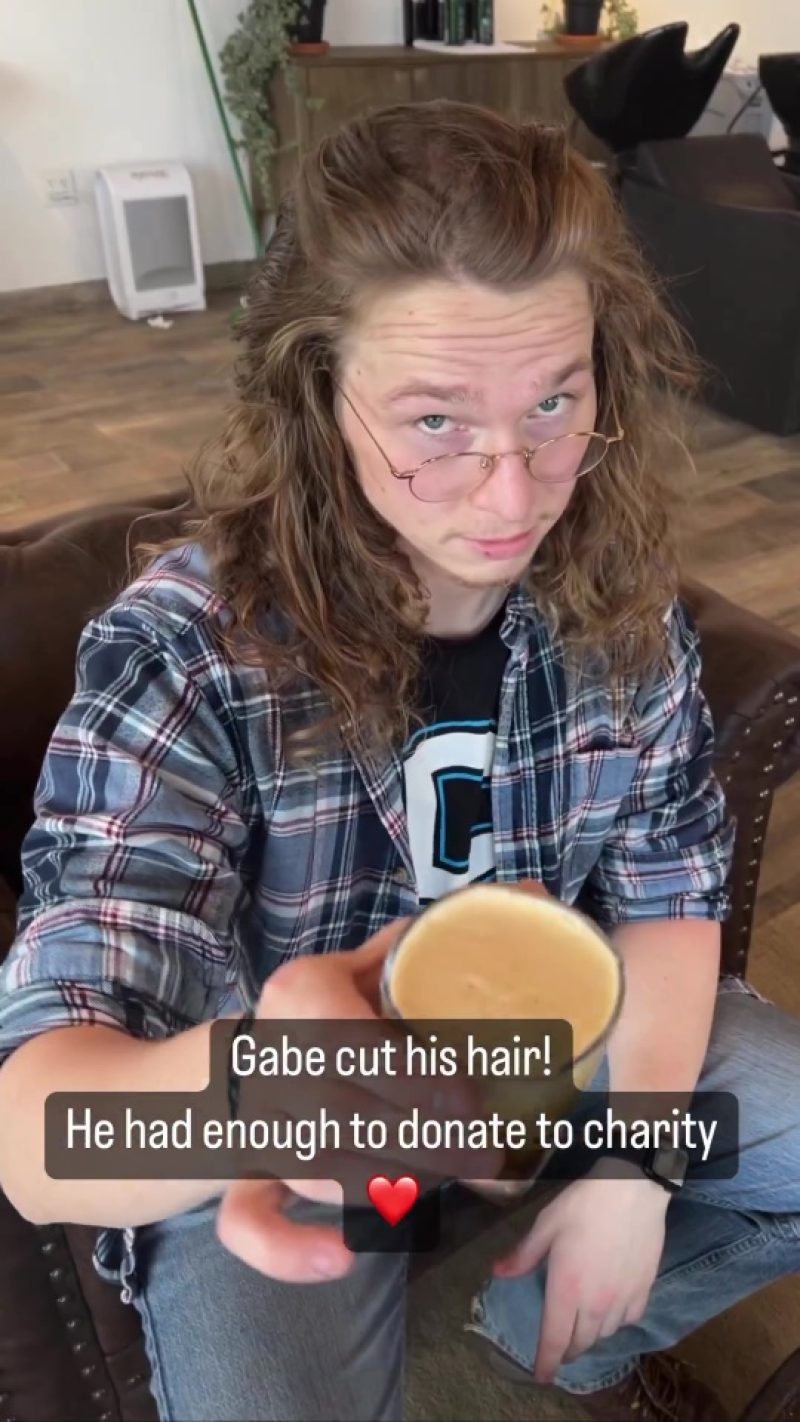 JANELLE Brown has praised her son Gabe for radically transforming his appearance.

The 21-year-old, whom she shares with her ex Kody, has previously been known for his long hair.

But the Sister Wives star has decided to ditch his locks and donate the hair to charity.

Janelle, 53, posted a video to Instagram which showed Gabe getting the makeover haircut.

“Gabe decided it was time for a hair cut,” the mom-of-six told her 950k followers.

Adding the song Sharp Dressed Man by ZZ Top, Janelle videoed the young star getting his locks chopped off at the barber shop.

He then spun around in the chair to show off his clean-cut new look.

Gabe smiled and seemed impressed with the transformation.

“I like his fresh new look,” shared Janelle in the caption.

Fans rushed to the comments, not only to share their love for the new ‘do, but also to praise Gabe for donating his hair.

“Gabe looks great and what great hair to donate!” wrote one.

Another agreed: “So much better and well done for donating.”

A third chimed in: “Great charity to donate to – and Gabe is looking sharp!”

She posted to her Instagram Stories on Thursday showing her son shoveling snow in their home state of Utah.

Fans spotted that he was rocking a short haircut as opposed to the long locks he has become known for.

Janelle wrote over the photo: “Gabe brought a shovel to help us.

“Check out his new short haircut. I’ll post more about that tomorrow.”

Gabe is one of six children Janelle shares with Kody, from whom she announced her breakup in December 2022.