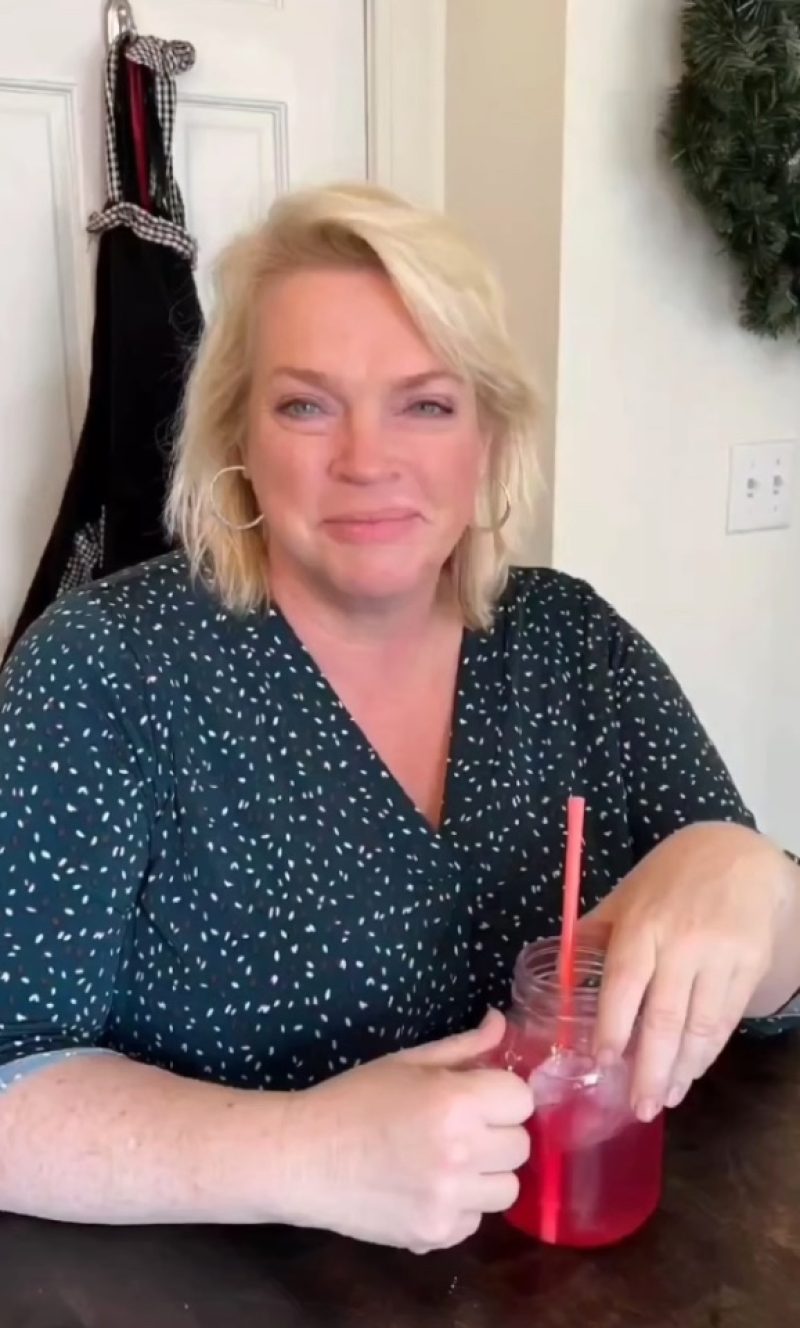 SISTER Wives star Janelle Brown has fans wondering if she was trying to send her ex-Kody a message in a new post.

The reality star raised eyebrows on Sunday with a video she posted to Instagram.

TLCJanelle announced her split from Kody last month during the Sister Wives: One on One special[/caption]

The clip was a montage of snapshots of Janelle axe-throwing during a girls’ night at a venue near her Flagstaff, Arizona home.

Each photo showed the 53-year-old in action as she aimed for the bullseye on the wooden platform.

She raised her arms in excitement while smiling when she finally got the axe to “stick” to the board.

Janelle joked about her reaction, writing: “Me when I FINALLY get an axe to stick!! [insert bullseye emoji].

“Went axe throwing with some girlfriends last night. Had such a blast.”

She further shared how much she enjoyed the evening in her caption: “Had so much fun at a local axe throwing place here in Flag. Fun night out with friends!! Glad for the few pointers the crew gave me that helped me finally get a axe to stick. I have to say I’m not very good at this- yet – we will be back !”

The video was set to a remix of Cyndi Lauper’s hit song, “Girls Just Want to Have Fun.”

However, some fans thought Janelle’s post was subtly “sending a message” to her ex-Kody.

“As long you don’t hit Kody in his kidney,” one person joked in the comments.

“Who was inside of that bullseye? I can think of who it would be if I were I were you and throwing that axe. I can think of two people !” another humorously said.

“Did you picture Kody’s head when you threw that ax? Asking for a friend lol,” a third laughed.

Janelle has been stepping outside her comfort zone since announcing her separation from Kody last month.

For one, the TLC star has been showing off her newly slimmed-down figure after shedding a considerable amount of weight.

At the beginning of 2023, Janelle posted about her weight loss progress on social media, writing: “This health journey I’ve been on has been incredible. The results weren’t overnight and I’m okay with that. It’s all about slow and steady that wins the race.”

Last November, an insider told The U.S. Sun that Janelle had dropped a whopping 100 pounds and is half her former dress size.

The TV star shared her weight loss secrets, which involved lifting heavy weights in the gym and improving her mobility with Pilates.

She’s also been adding more greens to her diet, including jalapenos, which are known to boost metabolism, increase fat burn, and reduce appetite.

Janelle started prioritizing her health around the time she split from Kody.

The Sister Wives star revealed her single status in the One on One: Part 1 special that aired in December 2022.

The split came a year after her former sister wife, Christine, 50, ended her marriage with Kody after more than 25 years together.

Kody’s first wife, Meri, 52, also decided to leave the Brown patriarch earlier this year, leaving him with one wife, Robyn.

The 44-year-old was the last of Kody’s spouses to join the family and has often been called the “favorite wife” by the others.

Fans believed the TV star showed her true colors during last month’s Tell-All when she commented about her sister wives’ weight.

In the last sit-down interview with host Sukanya Krishnan, Robyn said: “When I came into this family, I knew, and I saw when there are stretch marks, and there’s weight gain.

“And there’s like – you’re being stagnant in your marriage, and there’s fights and money problems or whatever it is.

Just like Janelle, Christine has also been focusing on her health since leaving Kody and showing off her revenge body.

Robyn’s comments angered fans, who took them as praising Kody for being romantic with his former wives despite their weight fluctuation.

“That right there ladies and gentlemen we see/saw the real Robyn,” one commenter said on Instagram.

“Robyn is praising Kody for staying with wives despite stretch marks? Stretch marks from carrying his children no less. Wow this is disgusting,” another said.

“Stretch marks? Go get a job and stop tearing down other women,” yet another commenter wrote.

While the wives are divided, Kody recently celebrated his 54th birthday by himself, as his exes, as well as Robyn, snubbed him on social media.

Instagram/janellebrown117Since their split, Janelle has been flaunting her 100 pound weight loss online[/caption]

AP:Associated PressTwo of Kody’s other wives, Christine and Meri, also left Kody leaving him with only one wife, Robyn[/caption]