Ron slammed by Love Island fans after ‘snake’ comment – did you catch it? 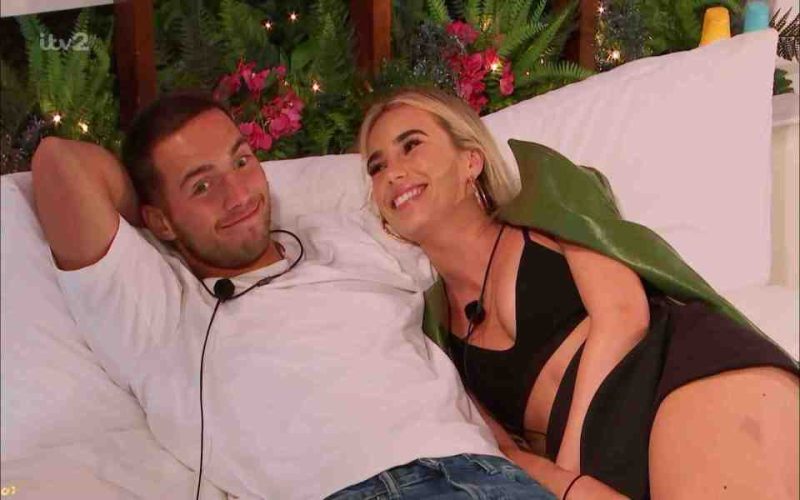 LOVE Island fans tonight slammed Ron Hall after he made a “snake” comment.

The financial advisor, 25, has been ruffling feathers in the villa and this evening said something that left viewers disgruntled – but did you catch it?

Ron is currently perusing Lana Jenkins, but is actually in a couple with someone else.

The hunk in trunks, who is the show’s first partially-sighted star, was chosen by Tanyel Revan in the first recoupling.

Despite the brunette beauty being close friends with Lana, Ron joined in with flirty banter whilst sharing a bed with the hairstylist.

This annoyed Lana, and when she talked to Ron about it tonight, he threw Tanyel under the bus, calling her “a nightmare” – when he has clearly enjoying the attention.

This did not go down well with fans, with one tweeting: “Ron is a wee snake in the grass you can’t convince me otherwise.”

Another said: “RON UR A SNAKE IN THE GRASS CAUSE THATS NOT EHAT UW ERE SAYING TO TANYEL HUH.”

While this viewer tweeted: “Ron is starting to give jake the snake vibes idk #loveisland”

Meanwhile, Ron has also been accused of “fancying everyone”, with fans sharing their thoughts on twitter, criticising the star’s wandering eye.

One wrote: “Ron hun.. what you doing? Walking red flag.”

Another stated: “Shut up Ron you fancy everyone.”

A third added: “Ron really does fancy everyone doesn’t he.”

“Is Ron gonna fancy every girl that comes in screams,” remarked another followed by several red flag emojis.

The Essex born star has recently been accused of using his love interest Lana Jenkins, after hinting that his head could be turned by newbie Zara Deniz Lackenby-Brown.

Ron even remarked his head was “swivelling” after the date – leaving fans to point out he was using Lana as a “safety-net”.

The contestant, who is the show’s first partially-sighted star, also left fans unimpressed after being chosen by Tanyel Revan in the first recoupling.

Despite the brunette beauty being close friends with Lana, Ron joined in with flirty banter whilst sharing a bed with the hairstylist.

And now, Ron has come under fire on social media due to his reaction to the villa’s newest bombshell, Australian Love Island star Jessie Wynter, 26.

After Jessie arrived at the villa, Ron revealed he would like to “stick it on” Tanyel whilst also fancying Jessie.

He went on to say: “I feel like if Lana was out the villa, I’d proper like stick it on Tanyel.

“And now adding f**king her into the mix as well, this f**king Jessie, and you think, that’s my type on paper.”