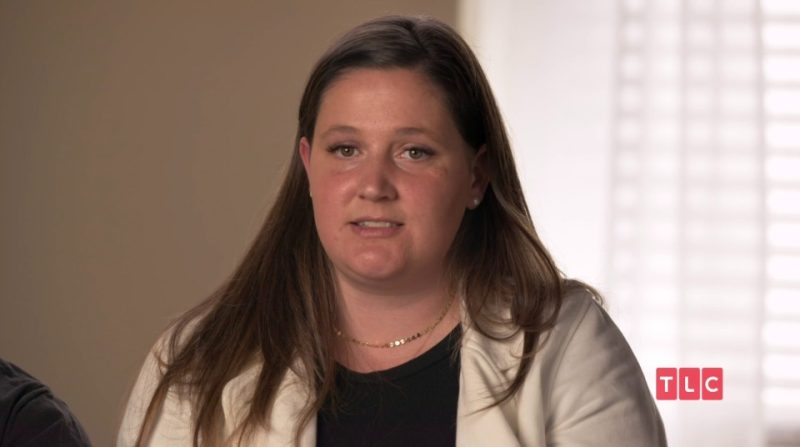 Tori, 31, photographed her nearly one-year-old smiling in his crib.

The reality star took to her Instagram to post the adorable photos of Josiah and captioned it: “Send help.

Tori took the photos through the open slats of his crib, as the tot smiled and stuck his tongue out at his mom.

In another photo, Josiah stood in the crib, holding onto the railing and beaming at Tori.

Fans in the comments loved the photos, with one writing: “He’s just so cute!! So much irrational desire to eat him up!! Cue the cuteness aggression!!”

“He’s so stinking cute! His Roloff genes are strong, I see Jacob in him,” wrote another.

Another admitted: “How do you say no to those baby blue eyes?? Ahhhh so cute!!!!!”

“You sure make cute babies!!!!” praised another.

Tori often shares Josiah’s milestones on social media and recently posted a video of him sitting up on his own.

“Woah!” Tori exclaimed as Josiah sat up a little unsteady while staring at her camera.

The adorable tot sat next to his older sister Lilah, who happily played on a toy xylophone cheering him on.

While teething on a purple toy hairbrush, Josiah lost his balance and landed forward on his elbows as Tori said: “Woah!”

The infant gave a smirk to the camera, seemingly proud of his new accomplishments as Tori giggled.

“I’m not needed anymore!” she added along with a crying emoji.

It hasn’t been an easy parenthood journey for Tori who previously mentioned she was having a hard time with Josiah.

The star at the time revealed: “Today has been unbelievably hard.

“Zach has gifted me with sleeping alone tonight, and all I can do is look at pictures of my kids,” she added, referencing her husband.

The couple also voiced their struggles with their newborn son on the latest season of LPBW.

In a scene, Tori expressed her frustration to Zach saying she felt “underappreciated” in their marriage.

She admitted feeling exhausted from her responsibilities as a busy mother of three children.

“I’m literally pouring from an empty cup. Everybody wants something from me.

“If I don’t have anything to give, the whole thing freaks out.”

Tori concluded: “Also, we lost our babysitter roster up here. That’s been here… I definitely need a break.”

The comment sparked chatter from viewers questioning the fate of their relationship.

Zach and Tori were recently accused of faking happiness during their family Christmas card.

After seeing the card, a fan wrote: “In my opinion, Tori and Zach looked posed and not genuine in their pics.”

Zach has also made NSFW requests from Tori at inappropriate times while they’re trying to work on their marriage.

While talking about their love languages, Zach asked Tori for more physical touch and Tori asked for more words of affirmation.

Zach said: “I don’t think to give her affirmation every day, because some of the things she does are just what we do – we’re parents.

“Damn, I’m not gonna say ‘thank you’ every time you change the diaper.”

PrevPreviousKylie Jenner fans suspect her son’s new name has secret connection to her ex-BFF who was banned from family
NextAGT: All-Stars 2023 LIVE — Blind war veteran returns to show and shocks judges after starring in season 14Next