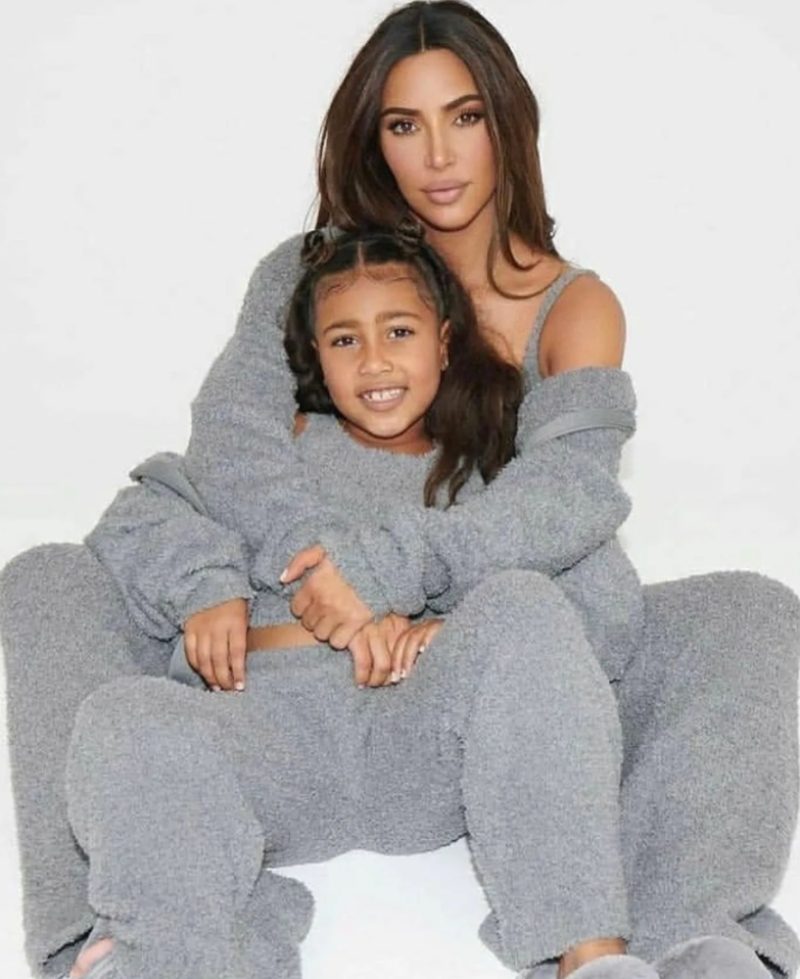 KIM Kardashian’s daughter North has shared a video of her acting mischievous around their Los Angeles mansion.

The nine-year-old recorded her playful acts with her 10-year-old cousin, Penelope, and their friends.

TikTokNorth shared the video of her with her cousin, Penelope, and their friends[/caption]

InstagramNorth revealed that Penelope and her mother, Kourtney, gifted them the slime[/caption]

On Sunday, North posted the clip on the joint TikTok account she shares with her famous mom.

The video began with the girls slyly dancing with Penelope holding a shopping bag.

They then revealed the bag’s contents as they filmed themselves playing with colorful jars of slime.

The clip concluded with the kids running down the hallway away from the camera.

Kim and Kanye West‘s eldest child teased: “Look who came over to give us slime.”

She further explained in the caption that the slime was compliments of Penelope and her mother, Kourtney Kardashian, 43.

The video had the song Kill Bill by SZA – the same song Kourtney and Penelope recently lip sang to in a controversial TikTok – playing in the background.

North often shares her silly behavior on TikTok, though, in a recent video, she had a change in her mood.

The clip showed the youngster rolling her eyes at the thought of going to school the following day.

North stared sullenly into the camera, with her head resting on her hand.

The brief video was set to a recording of British singer Jessie J repeatedly singing: “No.”

Her attitude was much different than her usual online antics, including the week before when she wreaked havoc in Kim’s kitchen while making milkshakes with her younger siblings, Chicago, five, and Psalm, three.

She posted a wild TikTok of the trio making a mess in Kim’s spotless $60million Hidden Hills mansion.

Things took a turn when North squirted the whipped cream in Chicago’s mouth.

They cackled as the cream exploded into the air, going all over the laughing tot’s face and top.

By the end of the three-minute TikTok, the family’s kitchen table was drenched in rainbow sprinkles due to Chicago and Psalm’s heavy-handedness with the treat.

While Kim isn’t keen on anyone messing up her space, she recently showed her more playful side on the platform.

The transformation was to look like a “chav,” which is the British equivalent of American trailer trash.

Kim later admitted she only did the TikTok because she lost a bet with North.

One fan tweeted: “This is the last thing I thought Kim Kardashian would do on TikTok.”

Kim responded to the commenter: “Me too! The bribes and bet-losing I have going on with North is unreal!”

Kim and Kanye – who reportedly tied the knot recently with Yeezy architect Bianca Censori – are also parents to a seven-year-old son, Saint.