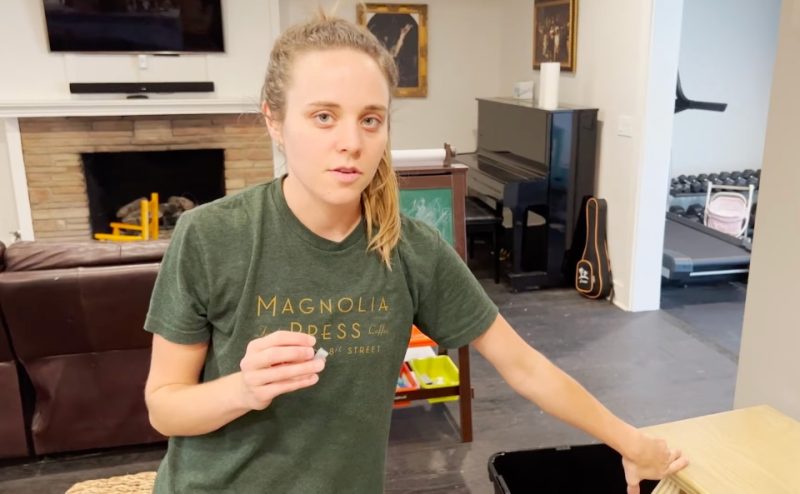 JINGER Duggar has revealed that she was raised in fear of the wrath of God.

The Counting On alum, 29, has been spilling secrets about her ultraconservative Christian family as she prepares to release a tell-all book about her bizarre upbringing.

INSTAGRAMShe was raised in the strict Christian household of her parents, Jim Bob and Michelle Duggar[/caption]

In an interview with People, Jinger revealed: “Fear was a huge part of my childhood.”

She discussed growing up under the strict rule of dad Jim Bob and mom Michelle Duggar.

“I thought I had to wear only skirts and dresses to please God,” she said, referring to her family’s church’s bizarre dress code.

Jinger continued: “Music with drums, places I went or the wrong friendships could all bring harm.”

The former TLC personality even recalled a time when her family went to play a sport called broomball, but she was “terrified” at the potential repercussions from God.

“I though I would be killed in a car accident on the way, because I didn’t know if God wanted me to stay home and read my Bible instead,’ she said.

Jinger and her 18 siblings were raised under the teachings of the Institute in Basic Life Principles, a Christian organization established by disgraced minister Bill Gothard.

The sixth child of Jim Bob and Michelle, Jinger left the church in 2017, and has since slammed its teachings as “cult like”.

“The teaching I grew up under was harmful, it was damaging, and there are lasting effects,” the 19 Kids & Counting alum said.

Jinger now lives in California with her husband Jeremy Vuolo, whom she met while on a mission in Central America in 2015.

They recently purchased an $830,000 home in Santa Clarita, which is a short distance from Los Angeles.

Jinger reckons growing up near a big city will have its benefits for her daughters.

“Being in a place where our girls will be able to see so many different backgrounds and perspectives on life, it’s really sweet to be here in LA,” said the mom-of-two.

She added: “I just want to give my kids the best life possible, so that will probably look different from what my upbringing did.”

Although Jinger is still a committed Christian, she also revealed to the magazine that her attitudes toward issues such as alcohol and birth control have changed.

“I personally don’t drink, but I don’t have a problem with other Christians, it’s their liberty to drink if they so choose,” she said.

“And birth control, that’s something that I always thought was totally wrong and I just no longer see it as that.”

Jinger will release her memoir, Becoming Free Indeed: My Story of Disentangling Faith from Fear, on January 31.

Instagram/jingervuoloBut Jinger and her husband, Jeremy Vuolo, have been following their own path in recent years[/caption]